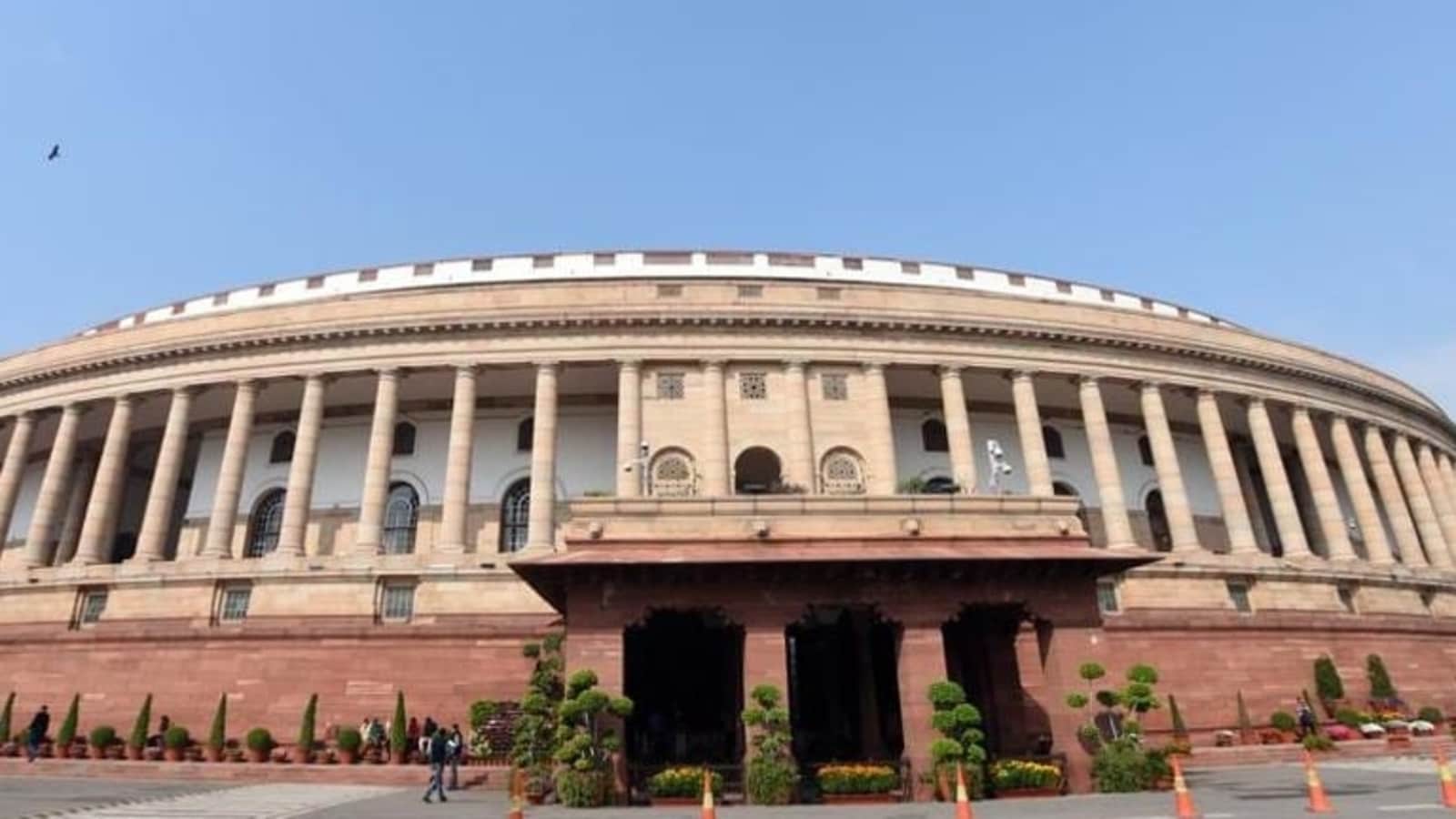 Parliament winter session: The Winter session began on November 29 and is scheduled to conclude on December 23.

The ongoing Winter session of Parliament, entered day 8 on Wednesday, with proceedings in both Houses scheduled to commence at 11am. The session has thus far witnessed vociferous protests by the Opposition over issues such suspension of 12 Rajya Sabha MPs, farmers protests and the recent civilian killings in Nagaland by the armed forces, which the Centre and the Army have both described as a case of ‘mistaken identity.’

The Winter session began on November 29 and will conclude on December 23. On the first day, the bill repealing the three contentious central agricultural laws was passed in both Houses. In an address to the nation on November 19, Prime Minister Narendra Modi announced the withdrawal of the laws.

The Dam Safety Bill, 2019 will be introduced in Lok Sabha on Wednesday. Union Jal Shakti minister Gajendra Singh Shekhawat said a national policy on the safe management of dams had been pending for 40 years

The Central government on Tuesday told the Parliament that it spent almost ₹1,700 crore on advertisements in print and electronic media between 2018 and 2021


Mehbooba seeks removal of AFSPA from J&K, NE areas where militancy has reduced

She said that unlike the present NDA govt, the one led by former PM Atal Bihari Vajpayee believed in dialogue and made Pakistan agree to find a solution through discussion after Kargil war

Project director D Seshagiri of Electronics and Radar Development Establishment (LRDE) confirmed this and said that the developed AESA radar is 95% indigenous, with only one imported subsystem.

“This matter has been pending for a long time. Decide it. We will post it in January next year,” the Supreme Court told the Centre on a petition by former prime minister Rajiv Gandhi murder convict AG Perarivalan


Hyderabad: 110-yr-old structure to be demolished for transit dorm

The heritage structure, Tipu Khan Sarai, popularly known as Nampally Sarai, located right in front of Nampally railway station closer to the state assembly building, is now being converted into a transit dorm, exclusively for women travellers coming to city from various parts of the state.

Primary school classes likely to resume after Diwali in Odisha