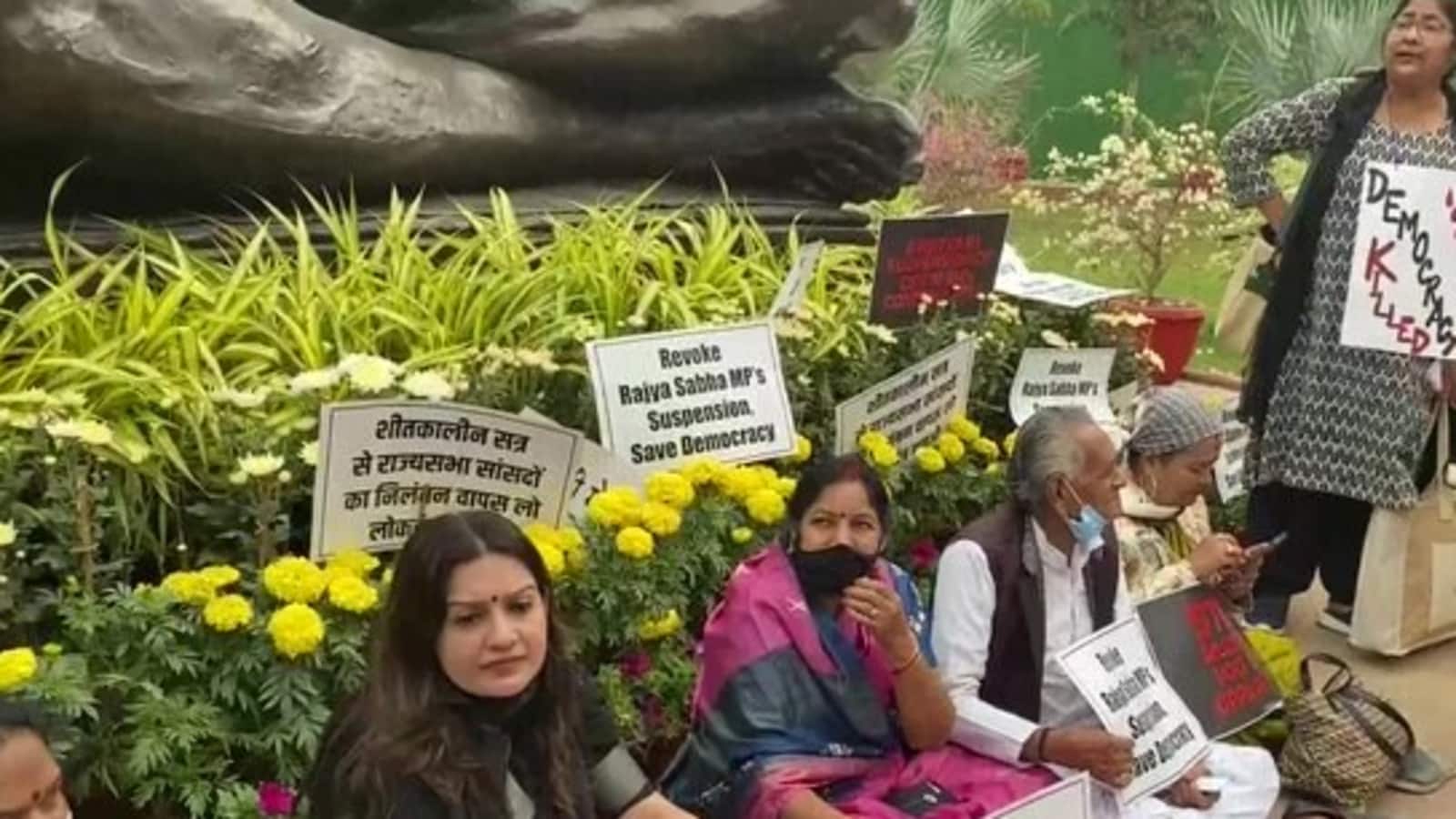 Union minister of parliamentary affairs Pralhad Joshi said if the 12 suspended members of the Rajya Sabha want to come to the House, then they should express remorse.

Union minister of parliamentary affairs Pralhad Joshi said on Wednesday he would pray that Mahatma Gandhi gave wisdom to the suspended Rajya Sabha MPs who were staging a protest near his statue on Parliament premises.

“If the 12 suspended members of the Rajya Sabha want to come to the House, then they should express remorse. Let them sit on dharna… I pray Mahatma Gandhi gives them wisdom,” Joshi was quoted as saying by news agency ANI.

Earlier, Rajya Sabha Chairman Venkaiah Naidu, expressing his dismay at the conduct of Opposition leaders inside the House, said the suspended MPs had shown no remorse, and there was no question of revoking their suspension.

As the din continued for the third day of the winter session of Parliament, followed by an adjournment, Naidu ordered that nothing that the Opposition MPs say would go on record but said their conduct in the Well of the House should be shown to the people of the country.

Rajya Sabha proceedings were on Wednesday adjourned for almost an hour as placard-carrying opposition MPs trooped into the well of the House and shouted slogans against the suspension of 12 MPs for their “unruly” behaviour.

The12 opposition MPs were suspended from the Rajya Sabha on Monday for the entire Winter session of Parliament for their “unruly” conduct in the previous session in August, even as the Opposition termed the suspension as “undemocratic and in violation of all the Rules of Procedure” of the Upper House.

Vaccination for 15-18 years: Only Covaxin likely to be administered

Karnataka minister says he spoke to doctors in South Africa, no...

Can’t rule out possibility of any conflict today: Rajnath Singh