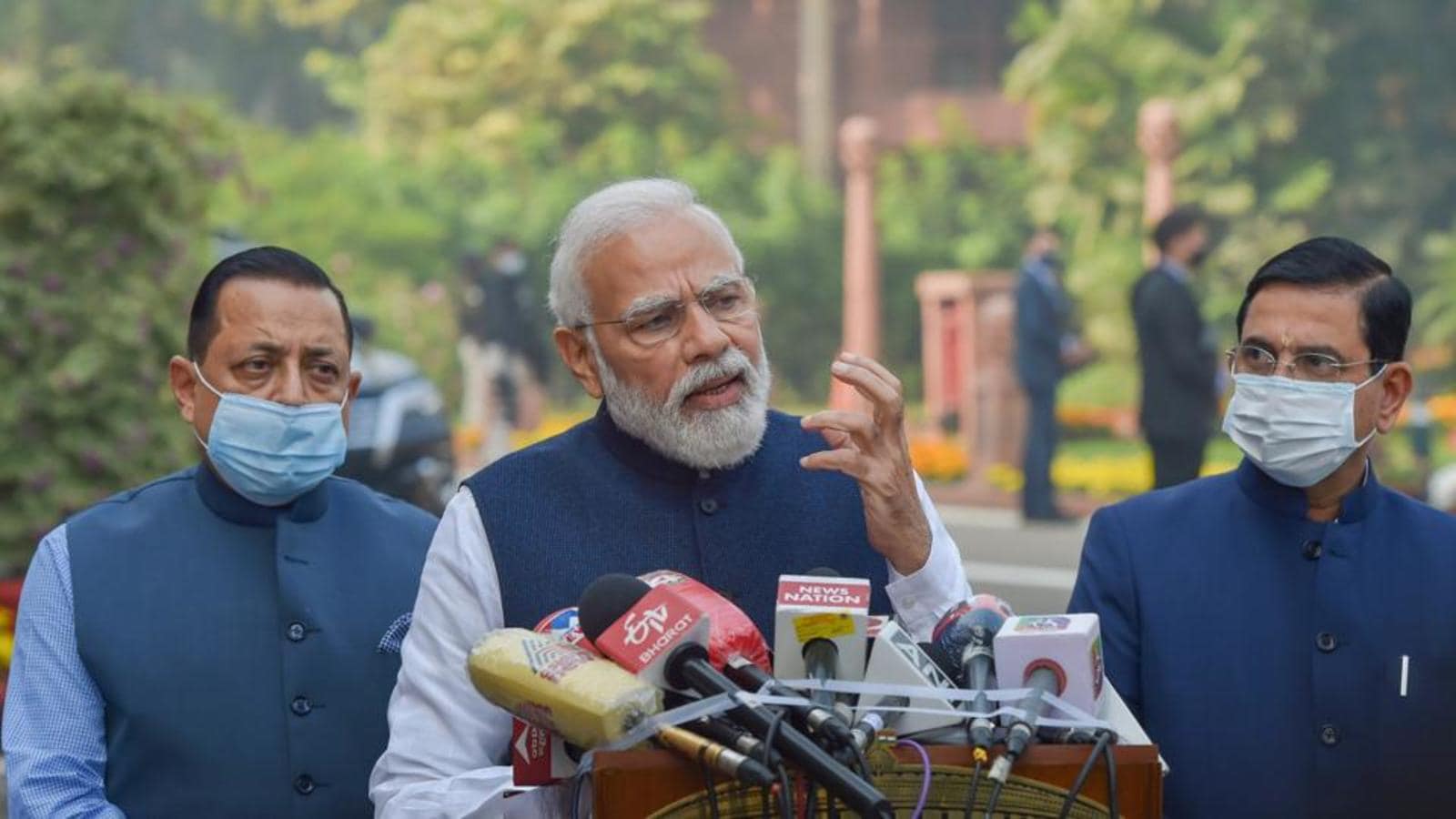 Prime Minister Narendra Modi on Monday said the government is ready to face all questions in Parliament but the decorum of the House and the sanctity of the speaker should be maintained.

Addressing the media ahead of the winter session that began on Monday, the PM said, we want questions as well as peace, indicating that the government is looking forward to answering questions posed by the opposition but also expects the House proceedings to be conducted smoothly.

“The government is ready to discuss all issues and ready to answer all questions. We want questions in Parliament and also peace. Whatever voices are raised against the government or government policies, the dignity of Parliament and the Speaker’s chair should be upheld. We should maintain the sort of conduct that will inspire younger generations,” Modi said.

The PM’s reference to the conduct of the House comes in the wake of the disturbances that marked the monsoon session.

A few hours after his comments, both houses of Parliament repealed three contentious farm bills, albeit without a debate as sought by opposition parties, provoking protests from Opposition leaders.

Congress leader in the House, Adhir Ranjan Chowdhury, said since the bill is listed for consideration and passage, why is there no discussion. He accused the government of taking the House for a ride.

The Rajya Sabha also took a decision to suspend 12 Opposition MPs from the house for the entire winter session for their behaviour on August 11, a day when the upper house saw the most disturbance.

In his comments, the PM said the measure of the work done in Parliament should be the hours spent on discussion and debate and not disruptions.

He expressed hope that in the spirit of Amrit Mahotsav (the celebration of the 75th year of Indian independence) law makers would find ways for progress of the country and the session is know for “constructive decisions”.

“I hope in future, how Parliament was run and how constructive the proceedings were should be the measure and not how it was disrupted,” he said.

In the wake of reports about a new variant spreading through various countries, the PM said the country needs to be more vigilant and alert. He said the country is inching towards administering 1.5 billion doses of the vaccine.

Higher demand for Alphonso mangoes in US markets surprises exporters

Tamil Nadu steps in to sell tomatoes at lower rates