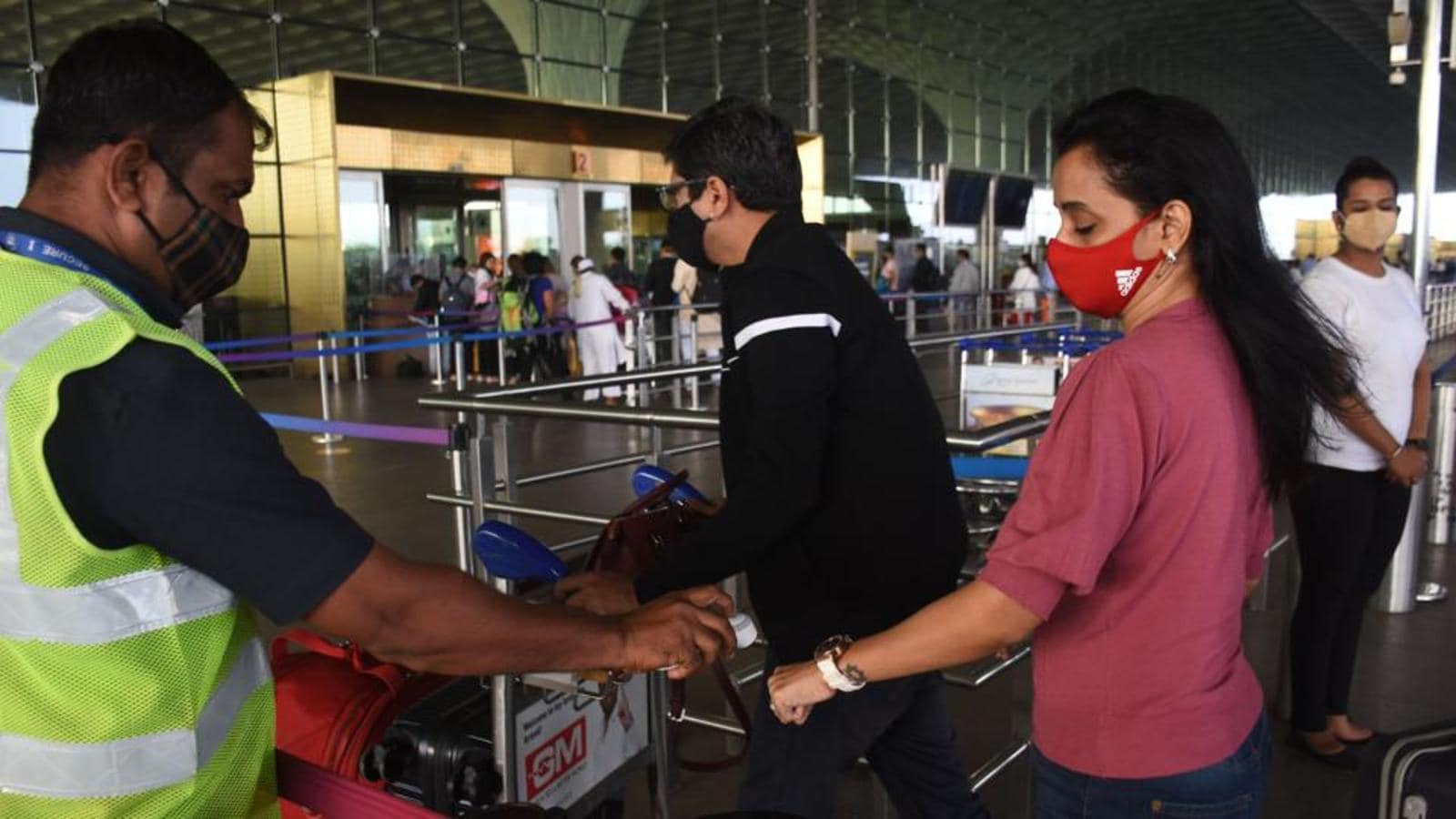 NEW DELHI: Passengers from over a dozen ‘at risk’ countries landing in India’s six metros after Sunday midnight should have booked RT-PCR tests before they take off, the ministry of civil aviation said on Tuesday. The new rule will apply to passengers to arriving in Delhi, Mumbai, Bengaluru, Chennai, Hyderabad and Kolkata from December 20.

The ministry has told aviation regulator Directorate General of Civil Aviation (DGCA) to advise airlines to check that passengers have made the RT PCR test booking when they board the aircraft.

According to new measures introduced at airports from 1 December, travellers from countries notified as ‘at risk’ have to follow additional measures on arrival in India, including post-arrival testing. The list of countries classified ‘at risk’ are South Africa, Brazil, Botswana, China, Ghana, Mauritius, New Zealand, Zimbabwe, Tanzania, Hong Kong, Israel and countries in Europe including the United Kingdom.

The aviation ministry, however, underlined that passengers should be allowed to board the flights even if they haven’t booked the RT-PCR tests in advance but it will be the responsibility of the airline concerned to escort them to the registration counter for RT-PCR testing at the destination airport.

“Air Suvidha portal will be modified to allow passengers to mandatorily pre book the RT-PCR test if they are coming from the countries ‘at risk’ or have visited ‘at risk; countries in the last 14 days. Link to the concerned airport website would be provided in the Air Suvidha platform which would be displayed to passengers while filling up the self declaration form (SDF),” read the civil aviation ministry order said. HT has reviewed the document.

The document indicated that the requirement will be rolled out at other airports at a later stage. “To stabilise the system and to ensure that the passengers would not have any problem in pre- booking , payment etc, it may be implemented in six metro cities namely, Delhi, Mumbai, Kolkata, Chennai, Bengaluru and Hyderabad in the first phase,” the order said.

“In case any passenger is having any difficulty in pre- booking, they may not be denied boarding, but would be the responsibility of the airlines to identify and accompany such passengers to the registration counters at the airport for testing,” the ministry directive said.

The aviation and health ministries have mandated contactless self-declaration at Air Suvidha Portal to minimise the risk of passengers infected with Covid-19, particularly the Omicron variant, entering the country.

These passengers are mandated to declare their current health status prior to boarding on the Air Suvidha Portal along with the required documents (copy of Passport, PCR negative certificate from a test conducted within 72 hours of departure and their vaccination certificate.

Delhi Confidential: CJI N V Ramana has a visit from a...

15 years, 3 probe agencies, and a never-ending wait for justice