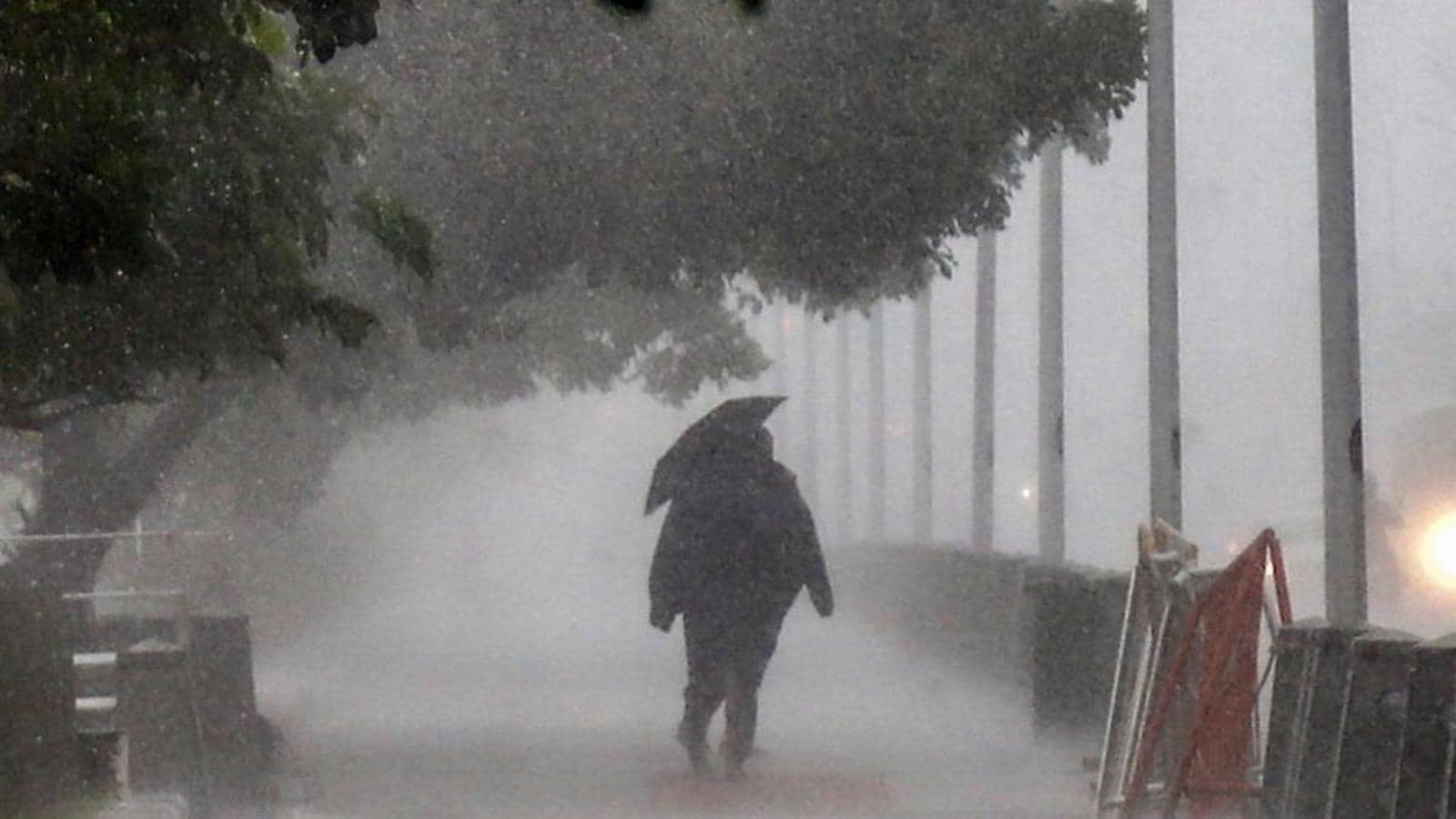 During the northeast monsoon season since October 1, Tamil Nadu has so far recorded 61%, Puducherry 83%, Karnataka 105% and Kerala 110% excess rainfall. The rainfall led to floods between in parts of Chennai and Andhra Pradesh’s Rayalaseema this month.

“Very heavy rain on Thursday and Friday is mainly because of a cyclonic circulation over the Bay of Bengal. But all of November, there have been several episodes of heavy rain and flooding in the Peninsular India,” said M Mohapatra, IMD director-general. He said the northeast monsoon is active and easterly waves are very strong, which is why Tamil Nadu and Andhra Pradesh recorded heavy rains. Mohapatra said there have also been consecutive low-pressure systems or cyclonic circulations over the Bay of Bengal almost every week this month. “Another low-pressure area is expected to form over Andaman Sea on November 29.”

Between November 7 and 13, Chennai experienced heavy rainfall and led to flooding and waterlogging. People residing in the low-lying areas were put on flood alerts. Authorities opened gates of the Poondi and Chembarambakkam reservoirs to release surplus waters. Nungambakkam in Chennai received 21.53 cm of rain on November 7 and triggered panic as similar rainfall intensity in December 2015 triggered floods in the city and led to large scale infrastructure loss. Intense rain along the coast started on November 6 night due to low pressure over the southeast Bay of Bengal.

Sufficient moisture is available along the coast due to the northeast monsoon for occurrence of heavy rainfall. “Chennai needs a flood forecasting system with high resolution digital elevation model with an embedded Decision Support System. This will show where what water heights could be expected a few days before the flood really occurs. This time is enough to take some steps to reduce the impact of the flood. Temporary flood protection measures like inflatable water bags, water gates, etc should be deployed in areas that are expected to be inundated to reduce the flood impact,” said Pushpendra Johari, Senior VP (Sustainability), RMSI, an international risk management firm.

Extremely heavy rainfall was recorded on November 20 and 21 and led to floods and waterlogging in parts of southern Andhra Pradesh. The floods washed away villages, breached dams, blocked railways and roadways, and caused heavy losses to life and property.

India’s south-eastern coast has been facing heavy rainfall over the last month because of the formation of low-pressure areas attributed mainly to the north-east monsoons and cyclonic systems. In southern Andhra Pradesh, flash floods were reported in Rayalseema districts of Chittoor, Kurnool, Kadapa and Anantapur. Over 30 people died and around 1,500 houses were damaged. Vehicles were stranded and trains diverted or cancelled as the railway and road connectivity was disrupted.

A cyclonic circulation is lying over the Comorin area and adjoining Sri Lanka coast. Strong north-easterly winds were also prevailing over the Tamil Nadu coast and south Coastal Andhra Pradesh. Under its influence, widespread rainfall was very likely in Tamil Nadu, Puducherry, Karaikal, Kerala, Mahe and Lakshadweep. Scattered to fairly widespread rainfall was likely in Coastal Andhra Pradesh, Yanam, Rayalaseema during the next four to five days. Isolated heavy to very heavy rainfall was expected in Tamil Nadu, Puducherry and Karaikal until November 29. Isolated extremely heavy rain (over 20 cm) was also likely in north Tamil Nadu on Friday and very heavy rain in Kerala and Mahe until November 29.

Isolated heavy rainfall was likely in south Coastal Andhra Pradesh, Yanam and Rayalaseema till November 29. Squally winds (speeds reaching 40-50 kmph gusting to 60 kmph) were very likely in Comorin area, Gulf of Mannar, along and off south Tamil Nadu coast and adjoining southwest Bay of Bengal on Friday and Saturday. Fishermen have been advised against venturing into these areas.

A low-pressure area likely to form over the south Andaman Sea around November 29 is likely to become more marked and move west north-westwards during subsequent 48 hours. Under its influence, isolated heavy rainfall was likely in Andaman and Nicobar Islands on November 29 and 30. Squally weather with maximum sustained wind speed reaching 40-50 gusting to 60 kmph were likely over the Andaman Sea and neighbourhood from November 30 to December 2. Fishermen have been advised to be cautious and avoid venturing into these areas.

‘You have not seen Akhilesh, Mufti together’: At opposition meet, Mamata...

Ajit Pawar on Raj Thackeray: All his agitations have failed and...

KCR govt to buy paddy stock, hits out at Centre