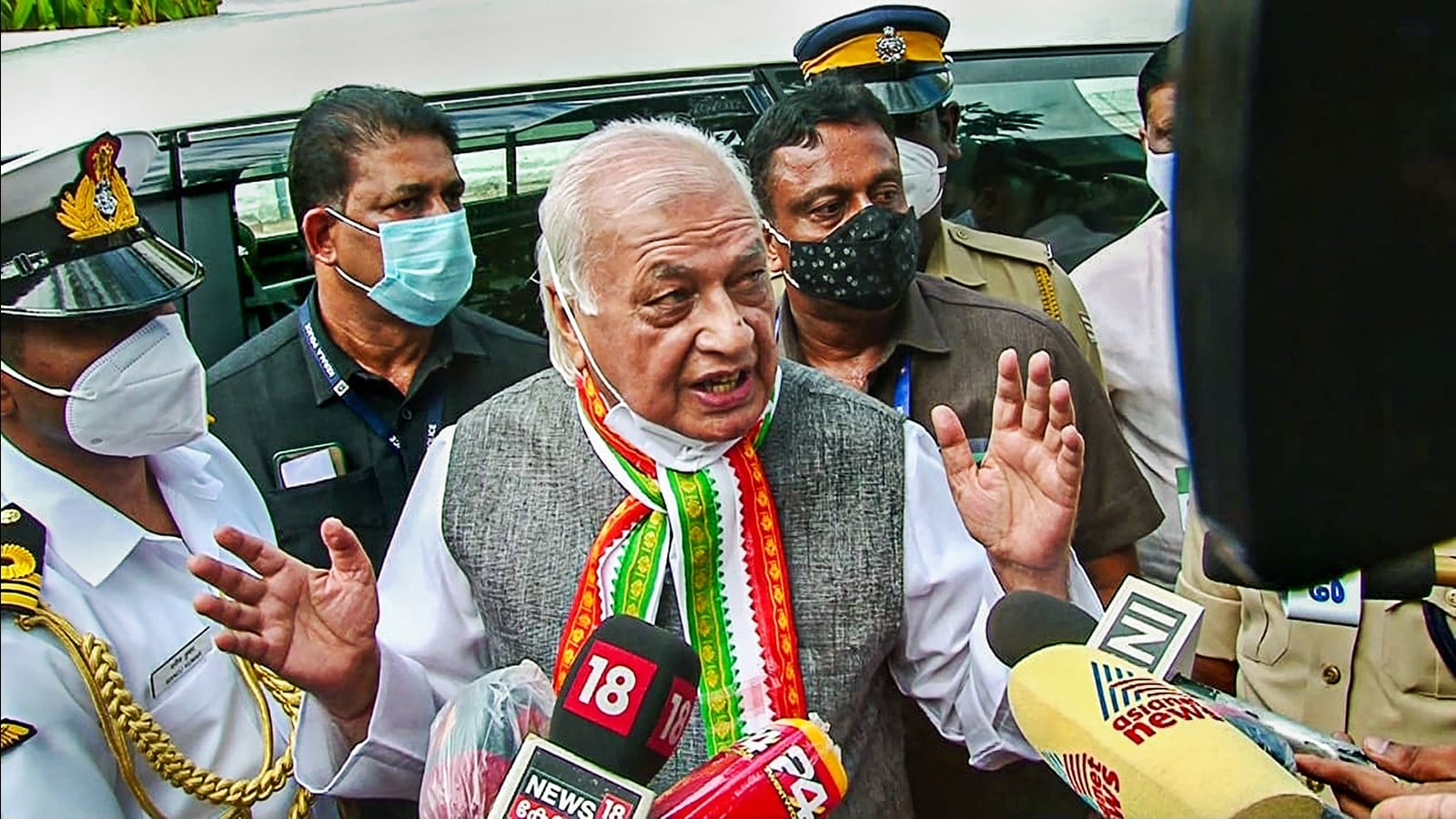 THIRUVANANTHAPURAM: Kerala governor Arif Mohammad Khan, who has an uneasy relationship with the Pinarayi Vijayan government over autonomy of universities, on Monday came down heavily on Kerala University vice-chancellor Prof. VP Mahadevan Pillai, saying he could not even write two sentences properly.

“My head hung in shame. Pity the V-C can’t write two sentences properly… This university is one of the oldest in the country,” the governor told reporters without taking names, referring to a brief letter written by the vice chancellor to him that has been widely circulated on social media.

A controversy erupted in Kerala after the university vice-chancellor declined the governor’s recommendation to consider conferring Kerala University’s honorary D.Litt on President Ram Nath Kovind. Khan was upset that the vice chancellor didn’t put the proposal before the university syndicate for consideration, and reportedly took the decision on instructions from the ruling party.

“He told me some people were not interested in the idea. When I insisted, he said some syndicate members. When I asked did he call a meeting of the syndicate, he said no. Then I told him to write the reason on a paper and give it to me,” said the governor, adding he was shocked to read the letter written by the vice-chancellor.

Kerala University VC Prof Mahadevan Pillai was not available for his comments. But state higher education minister R Bindhu said D-Litt proposal never came to her or the government and she has no idea why the VC was not willing. She refused to give a reply to the governor’s charges saying she did not want to drag the controversy.

Khan continued. “Not only writing, he can’t converse properly. Whatever I asked, he failed to give a proper reply. After the letter, I feel ashamed to look at the face of others. I feel pity, this is one of the oldest varsities of the country,” he said.

The governor made it clear that he did not want to resume working as chancellor.

“The CM sent me three letters to requesting me to take up the position. He reiterated that there is no political interference. But I am firm with what I said,” he said adding he was aware of protocols and other limitations as he became a legislator and union minister at a young age.

He also reiterated his charge that Kannur University VC’s re-appointment was “improper” and he was forced to sign in the appointment letter.

Relations between the government and governor soured after the re-appointment of Kannur Vice Chancellor Prof Gopinath Raveendran. The governor sent a strongly-worded letter to chief minister Pinarayi Vijayan on December 8 in which he said he was really pained over the “dipping standard” of higher education sector and blamed “brazen political interference” for this. He asked the government to take up the chancellor’s post if political interference continued.

Prof Gopinath Raveendran was re-appointed vice-chancellor of Kannur University for four years in November last year after the government issued a notification and appointed a selection committee to select the new V-C. But the government insisted on his re-appointment.

New in the Northeast | Who will be the next CM...

Serie A: Title-chasing Inter Milan recover from 2 goals down to...

Congress will not field candidates against Akhilesh, Shivpal Yadav

10 injured in clashes at Andhra’s Kurnool

The status quo is untenable