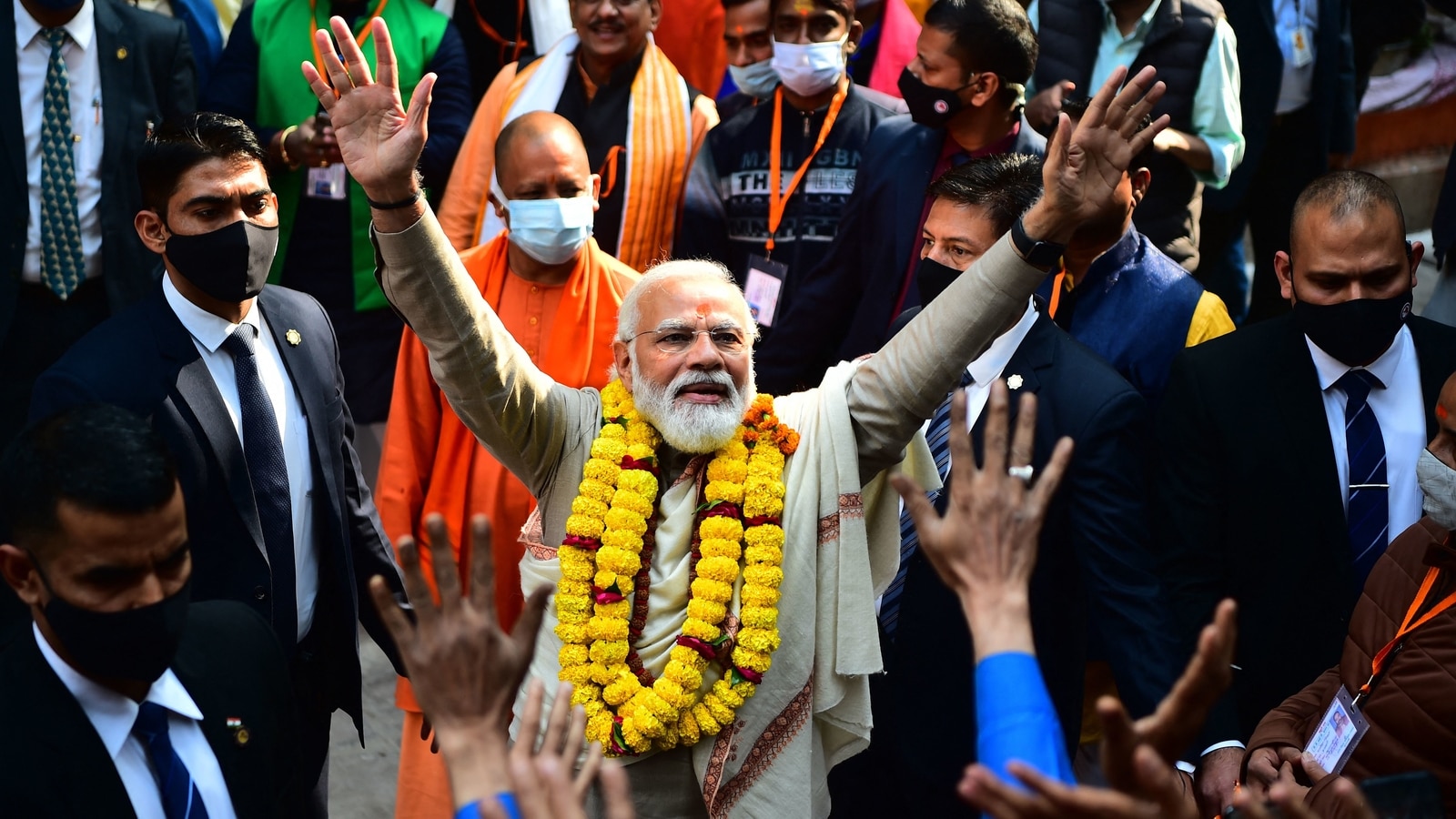 Prime Minister Narendra Modi on Monday accepted gifts from a man on the streets of Varanasi on Monday as he asked his security personnel to allow him near his car as his convoy was on its way to the Kashi Vishwanath Temple.

In a video, the Prime Minister’s car is seen making its way through a narrow lane lined with residents and shopkeepers shouting slogans and greeting him with flowers.

As residents of his Lok Sabha constituency showered flower petals and shouted slogans of ‘Modi, Modi’ and ‘Har Har Mahadev’, PM Modi stopped his car and asked his security personnel to step aside. He then opened the door of his car to accept a turban and a scarf from the man.

The PM is on a two-day visit to the city to inaugurate Kashi Vishwanath Corridor project pic.twitter.com/155VrYjEpT

The man was seen placing both the headgear and the scarf on the Prime Minister, who kept his hands folded.

After reaching the holy city, the Prime Minister took a dip in the holy Ganga and offered prayers at the Kaal Bhairav Temple and the Kashi Vishwanath Temple. He will witness the Ganga Aarti later in the evening.

Uttar Pradesh chief minister Yogi Adityanath, BJP president J P Nadda and other leaders accompanied him. The Prime Minister is on a two-day visit to the city.

The Kashi Vishwanath Corridor is spread over five lakh square feet and connects the temple premises to the Ganga and also provides several facilities to devotees.

The inauguration of the state-of-the-art Kashi Vishwanath Corridor, which has been built at the cost of ₹339 crore, surrounding the historic Kashi Vishwanath Temple near the iconic Dashashwamedh Ghat of Varanasi, comes ahead of the assembly polls in Uttar Pradesh early next year.

From ACC to Coal India: Here are top stocks to watch...

122 students from central institutes died by suicide in seven years:...