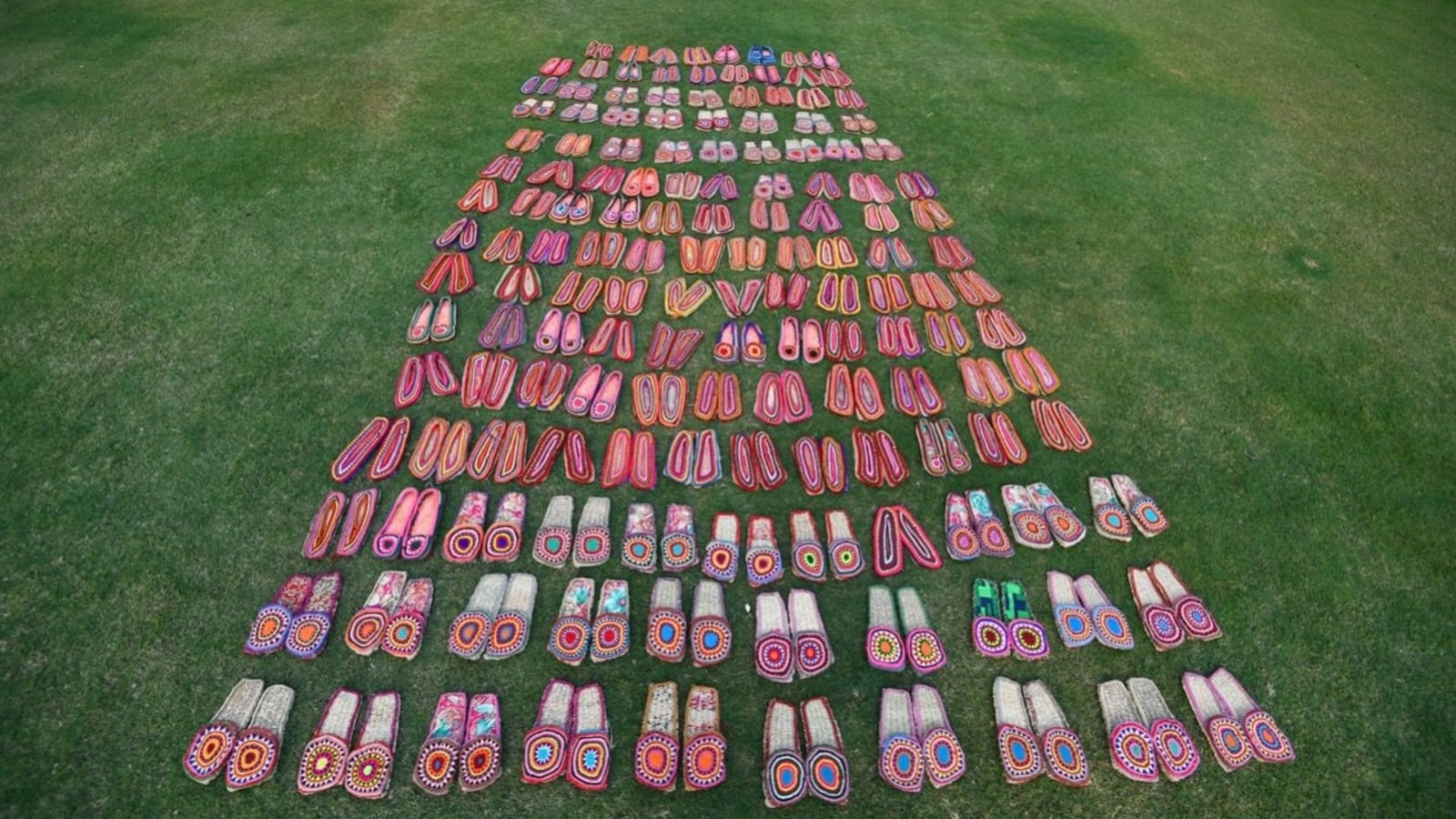 Kashi Vishwanath Dham is the showcase project for the Bharatiya Janata Party in poll-bound Uttar Pradesh. It was inaugurated by PM Modi on December 13 last year. The Prime Minister got to know that people at Kashi Vishwanath were working bare-footed in this cold weather, so he sent the footwear.

Prime Minister Narendra Modi has sent 100 pairs of jute footwear for those working at the Kashi Vishwanath Dham, people aware of the developments said. The redeveloped project worth ₹339 crore in Varanasi was inaugurated by PM Modi on December 13 last year. He represents Varanasi in the Lok Sabha.

According to people cited above, PM Modi recently found that most people working at Kashi Vishwanath Dham performed their duty bare-footed because it is forbidden to wear footwear made with Leather or rubber in the temple premises. These include priests, people performing seva, security guards, sanitation workers and others.

He immediately got 100 pairs of jute footwear procured and sent over to Kashi Vishwanath Dham so that those performing their duties don’t have to stay bare-footed in the chilling cold, they added.

The people working at Kashi Vishwanath Dham were very happy with the gesture, said the people aware of the developments.

The Prime Minister has been taking keen interest in the project, which has taken a pivotal role in Bharatiya Janata Party’s (BJP’s) in Uttar Pradesh, where elections will be held in seven phases in February-March this year.

The party has campaign its will to showcase the redevelopment project in Varanasi as a “model of development” that can be replicated pan-India. It is being illustrated as the Prime Minister’s ability to meld ideological demands with modern aspirations.

The corridor connects the ghats of the River Ganga with the sanctum sanctorum of the Kashi Vishwanath temple. It has been designed to allow easy movement of pilgrims who had to navigate congested and unclean alleys.

The foundation stone for the project was laid in 2019 and work carried out in record time despite the slowdowns imposed by the Covid pandemic.

1,796 Covid cases in Delhi, containment zones rise by more than...