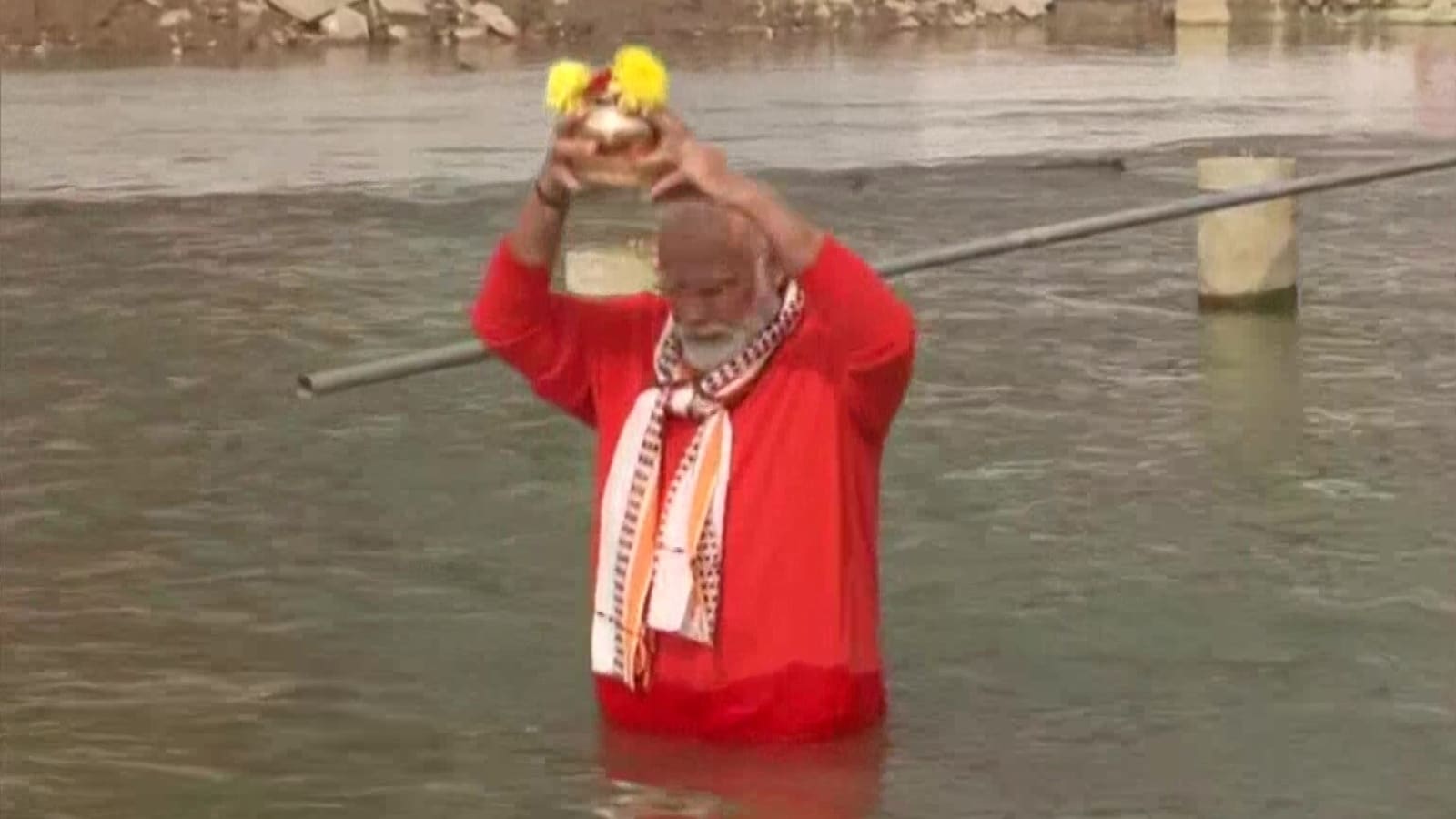 Prime Minister Narendra Modi on Monday offered prayers at the Kaal Bhairav temple and took a dip in the Ganga before inaugurating the Kashi Vishwanath Corridor in Varanasi, his parliamentary constituency in Uttar Pradesh.

After a rousing welcome from residents of the holy city, who showered flower petals and shouted slogans of ‘Modi, Modi’ and ‘Har Har Mahadev’, PM Modi took a cruise boat from the Khirkiya Ghat to Lalita Ghat to visit the ancient Kashi Vishwanath temple.

“I am overwhelmed. After some time, we all will witness the inauguration of the Kashi Vishwanath Dham project. Before this, I had darshan of Kaal Bhairav ji, the Kotwal of Kashi,” PM Modi said in a tweet in Hindi.

The Prime Minister, who is on a two-day visit to his parliamentary constituency, was accompanied by Uttar Pradesh chief minister Yogi Adityanath.

He will also witness the Ganga aarti from a boat at around 6 pm.

During his two-day visit, the Prime Minister will also participate in a conclave of chief ministers of Assam, Arunachal Pradesh, Goa, Gujarat, Haryana, Himachal Pradesh, Karnataka, Madhya Pradesh, Manipur, Tripura, Uttar Pradesh and Uttarakhand, along with deputy chief ministers from Bihar and Nagaland.

Lessons from the sinking of the Moskva