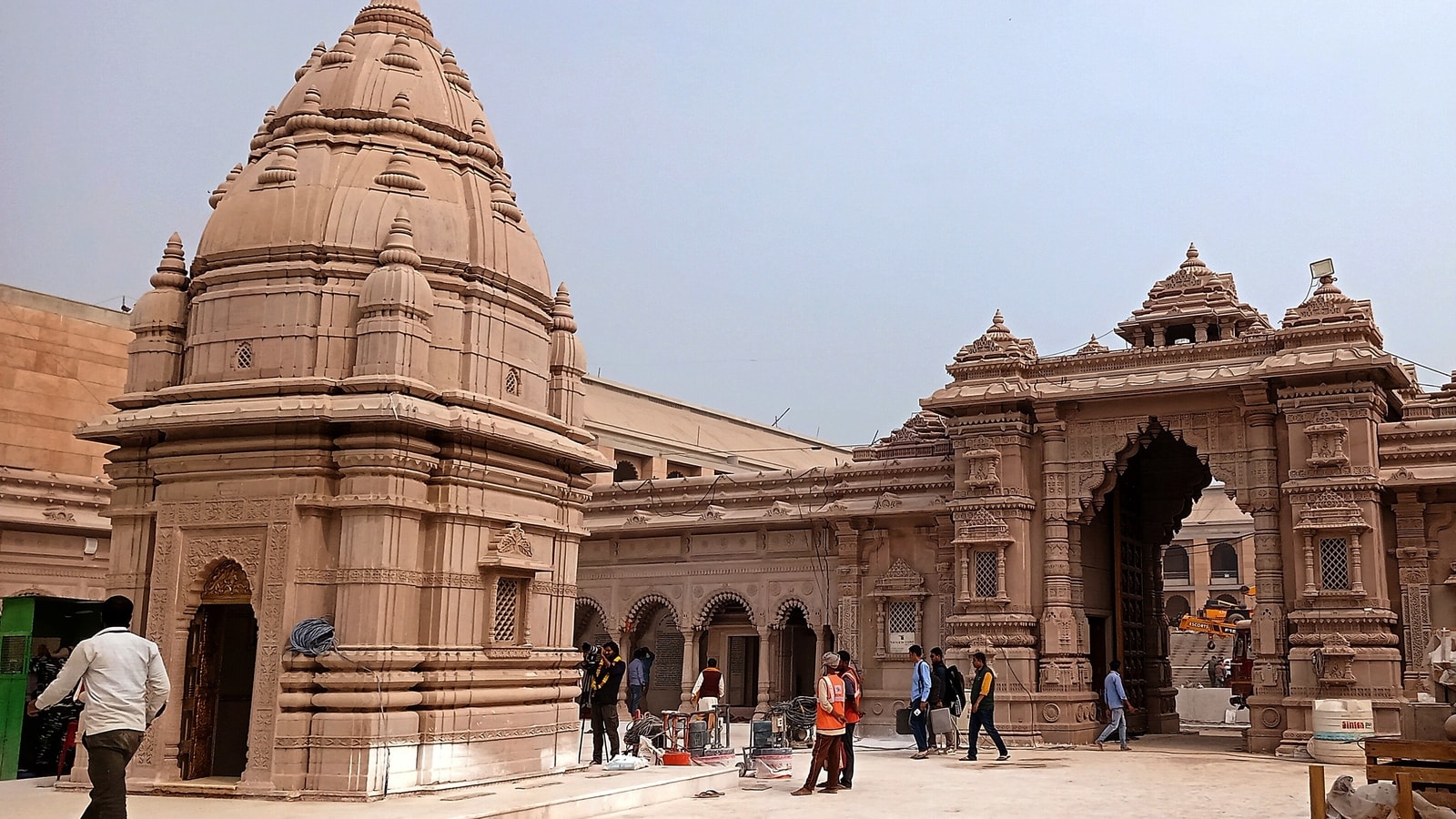 Prime Minister Narendra Modi will inaugurate the over 50-feet Kashi Vishwanath Corridor, which will connect the ancient Kashi Vishwanath Temple dedicated to Lord Shiva and two ghats on the Ganga in his parliamentary constituency of Varanasi, on Monday.

The government has said the ambitious project will complement the Purvanchal Development Corridor and “will be a rich tribute to the cultural & historical patrimony of Kashi.” Known to be PM Modi’s dream project, the Kashi Vishwanath Corridor has been built over a sprawling area of 5,000 hectares and has decongested the temple complex earlier surrounded by buildings on three sides.

“The temple will be inaugurated on December 13 at an auspicious time,” Nagendra Pandey, a priest at Kashi Vishwanath Temple, told news agency ANI.

Uttar Pradesh tourism minister Neelkanth Tiwari said the project has been built with ₹399 crore. “It is not only taking forward the dignity of Kashi but also creating a possibility of the boom in the religious tourism of Varanasi. The tourism sector is expected to grow insignificantly,” Tiwari said.

Since PM Modi laid the foundation of the corridor in March 2019, more than 300 buildings have been bought and demolished to create the space for the project.

Officials have said the idea is to preserve existing heritage structures, provide new facilities in the temple complex in the public-private partnership model, ease the traffic and movement of people around the temple and connect the temple with ghats with direct visibility. Hundreds of small temples have been made a part of the corridor.

The project ensures easy pedestrian movement for pilgrims and comfortable holding zones, as well as crowd management and emergency operational procedures and better experiences around the religious rituals.

Bimal Patel, the project’s architect, has said facilities for tourists have been enhanced without tampering with the original structure of the Kashi Vishwanath Temple.

Also read | Keeping up with UP | Elections: Religion will be in focus

About 70 per cent of the 5.50 lakh square feet area of the project would be kept open for the green cover, the architect, who is also behind Delhi’s proposed Central Vista Redevelopment project, added.

Among the part of the corridor are an over 7,000 square metre platform where 10,000 people can meditate, seven grand entrance gates, a cafeteria, a food court, a Vedic and spiritual library, a virtual gallery, a tourist centre, a multi-purpose hall and a security hall. A special sky beam light system was also being installed along the corridor.

Devotees can also see a statue of Maratha queen Maharani Ahilyabai Holkar, who once reconstructed the temple, at Kashi Vishwanath Dham Corridor.

Data shows more than seven million devotees and tourists visit the Kashi Vishwanath Temple every year and over 10,000 devotees, mostly from Varanasi and adjoining areas, come every day.

Oppn leaders to hold march today to protest against suspension of...