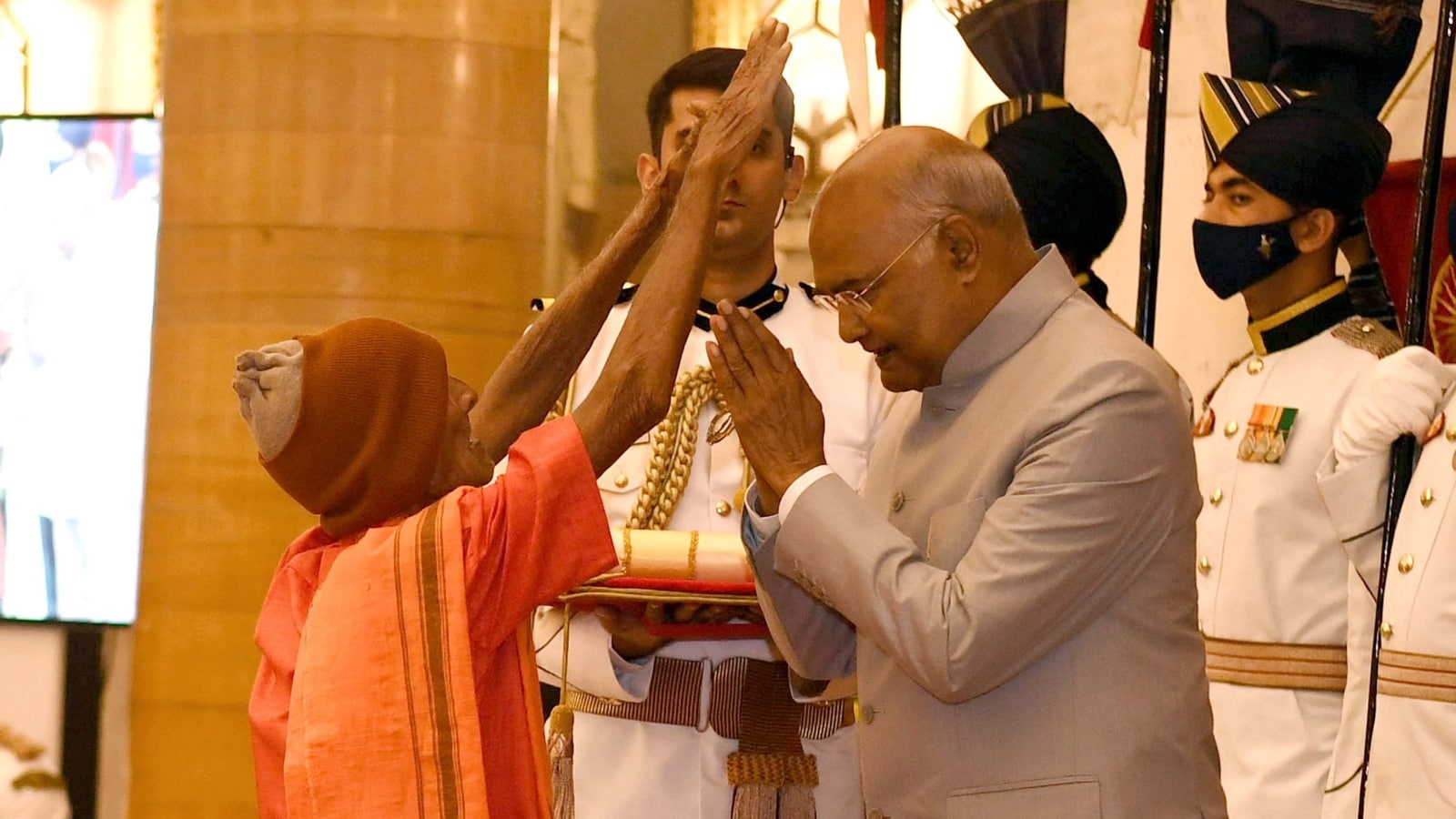 President Ram Nath Kovind on Tuesday handed over the Padma Shri, the fourth-highest civilian award in the country, to Nanda Prusty for his contributions in the field of education. The 102-year-old has been teaching children from free in Odisha’s Jajpur for decades. His name was announced for the award on Republic Day this year.

In a post on Twitter, the Rashtrapati Bhavan mentioned the award being given to Prusty, saying that the educationist in turn blessed the President. The photos of the award ceremony were also shared on the President of India’s Twitter handle.

“President Kovind presents Padma Shri to Shri Nanda Prusty for Literature & Education. 102-yr-old “Nanda sir”, who provided free education to children and adults at Jajpur, Odisha for decades, raised his hands in a gesture of blessing the President,” the tweet from Rashtrapati Bhavan said.

President Kovind presents Padma Shri to Shri Nanda Prusty for Literature & Education. 102-yr-old “Nanda sir”, who provided free education to children and adults at Jajpur, Odisha for decades, raised his hands in a gesture of blessing the President. pic.twitter.com/4kXPZz5NCJ

“Nanda Mastre” (Nanda Master), as he is known in his village in chromite-rich Sukinda block of Jajpur district, is perhaps the last man who has kept the tradition of “chatashali” (a non-formal school for primary education in Odisha) alive.

At the break of dawn, children gather around the modest home of the centenarian to learn Odia alphabets and a bit of mathematics. Elders who could not attend school during their childhood come to his home at 6 pm to learn how to sign their names.

Nanda himself studied till Class 7 due to the financial condition of his family. But took it upon himself the job of spreading literacy.

He told Hindustan Times on January 26 this year that he likes teaching children and wants them to become good human beings when they grow up. He claims to have taught at least three generations from the same family.

Delhi temperature dips to 4.6 on Sunday morning, Churu freezes at...

Fresh FIR based on quotes from SC order, annexures