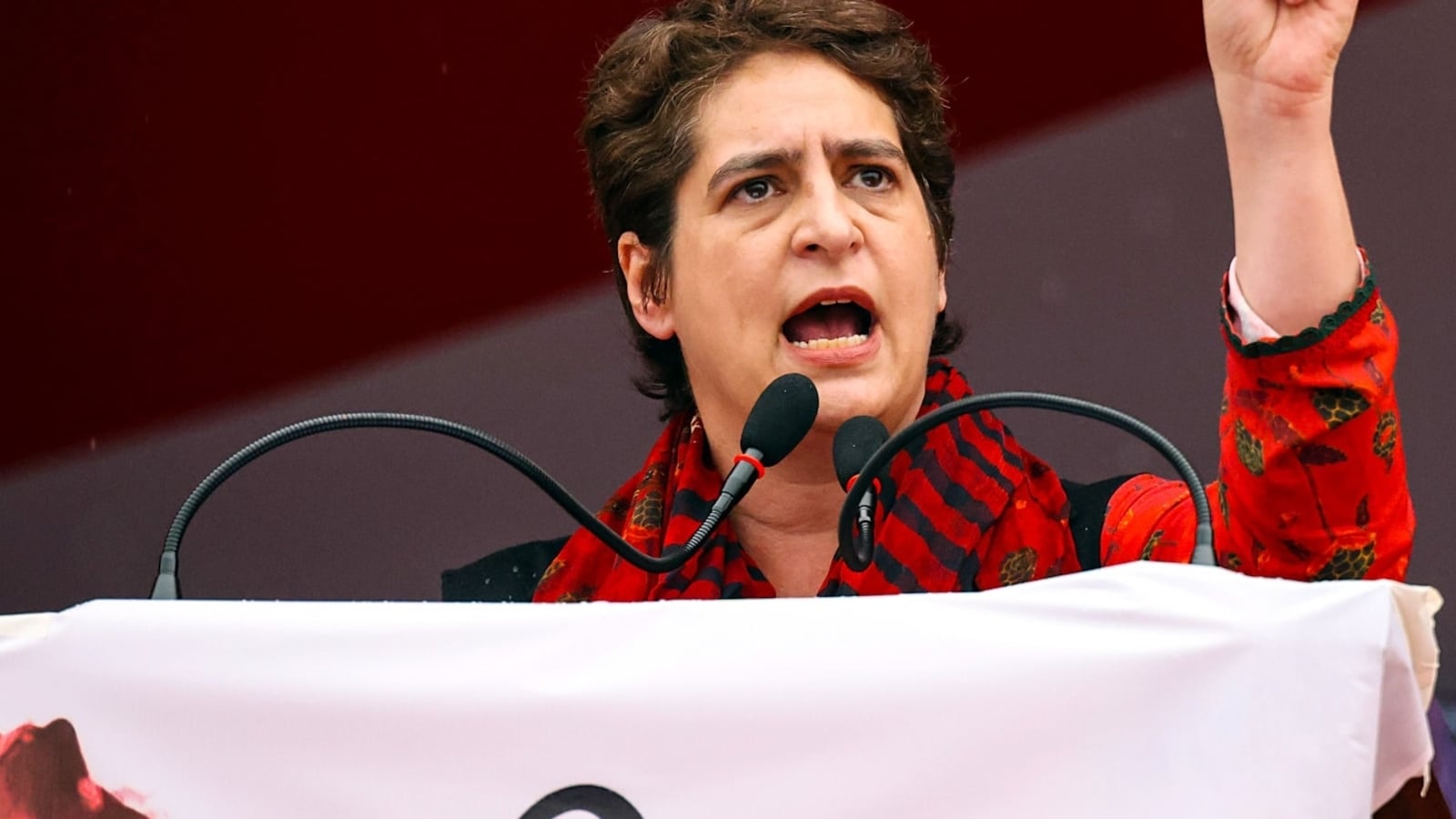 Congress general secretary Priyanka Gandhi Vadra is slated to visit Goa on December 10 in the run up to the state assembly elections to be held next year. She would launch the party’s poll campaign in the coastal state, news agency ANI reported.

The Congress leader is set to visit Assolna, where she will pay her respects at the Martyr’s Memorial, meet with tribal women and have lunch with them at Morpirla in Quepem taluka and also interact with ‘Amchem Mollem’ student activists at MCC Hall, Margao, according to the report. Further Vadra will also address a women’s convention ‘Priyadarshani’ at the Costa ground, Aquem.

Among other major engagements, she is also scheduled to interact with the office-bearers and functionaries of the Women Congress (Mahila Congress) and attend a convention of Congress workers of Mormugao that has been organised at the Chicalim ground where prominent activists will be inducted into the party.

Goa is not the only poll-bound state where Priyanka Gandhi is set to address election rallies. She will also be visiting Uttarakhand, which is also going to polls early next year, news agency PTI had earlier reported citing senior party leader Harish Rawat.

Meanwhile, on Wednesday, Priyanka Gandhi released a poll manifesto aimed at women in Uttar Pradesh, another state gearing up for assembly elections next year, in which she promised 40% quota for women in government jobs, free bus travel, three free cooking gas cylinders each year and other such benefits. The party had already said that it would give 40% of the seats to women in the election.

Earlier in October, Congress MP Rahul Gandhi had already visited Goa on a one-day trip during which he had promised to provide “sustainable employment” in the state. He also said that the Centre was attacking small and medium businesses.

Notably former Goa chief minister and Congress leader Luizinho Faleiro, in September, had quit the Congress and later joined Mamata Banerjee’s the All India Trinamool Congress (AITC), a party which would also debut in the Goa assembly election 2022.

Blast in AC compartment of INS Ranvir led to death of...