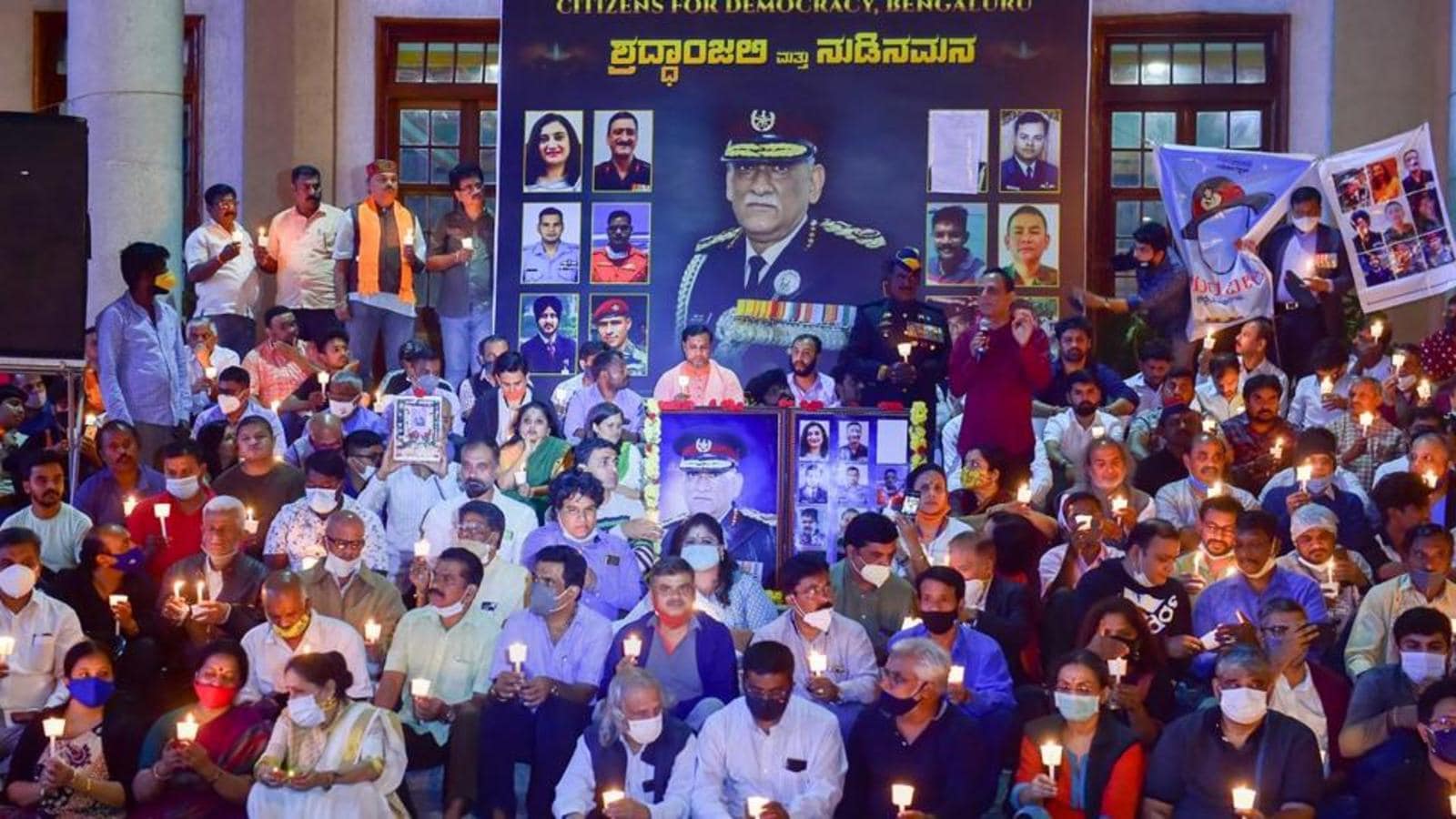 A day after Bengaluru police arrested a 40-year-old man for allegedly posting a derogatory message about the death of Chief of Defence Staff (CDS) General Bipin Rawat on Facebook, Mangaluru police, which had also filed a similar case, on Monday said that their probe has been inconclusive so far.

Mangaluru police on Saturday had booked a case against two Facebook users for uploading objectionable posts on social media about late General Bipin Rawat. CDS Rawat, along with 12 others, was killed in a fatal helicopter crash at Coonoor, Tamil Nadu on Wednesday. Even though the FIR had named two persons, police are not able to ascertain whether their Facebook accounts were real or fake.

“We have booked a case under sections 505(1) (B) (with intent to incite, or which is likely to incite any class or community of persons to commit any offence against any other class or community) of the Indian Penal Code,” said Mangaluru city police commissioner N Shashi Kumar told the media. “We have not made any arrest so far in the case. We are still investigating these Facebook accounts, but so far, we have not been able to identify the second person,” he added.

Mangaluru police commissioner clarified that the case has been registered against “two persons operating the Facebook accounts” and not against the persons named in the FIR. The officer said they are investigating whether these accounts are fake.

Police are exercising caution since in a previous case the fake account was used to trap a person. An investigation by the Karnataka Police helped a man lodged in Saudi Arabia prison for over 600 days return home on August 15 this year. Thirty-four-year-old Harish Bangera, an air-conditioning technician, was arrested on charges of blasphemy, on December 22, 2019, for making contemptuous remarks about Mecca and the king of Saudi Arabia on Facebook.

A subsequent investigation by Karnataka Police revealed that the derogatory messages were posted by a fake account created by two men – Abdul Huyez and Abdul Thuyez – in the Udupi district. Police arrested the two men in October 2020, who revealed that they impersonated Bangera on Facebook. Using the details of the investigation, Bangera’s family managed to get him released.

Meanwhile, 40-year-old man Vasant Kumar who was arrested by Bengaluru police was sent to judicial custody on Monday. A native of Mysuru working, Kumar was working in a private hospital in Bengaluru as a lab technician.

The arrests come after Karnataka chief minister Basavaraj Bommai on Friday issued a warning against commenting disrespectfully on CDS Rawat.“Offensive Tweets and Social Media posts about the tragic chopper crash in which we lost our #CDSGeneralBipinRawat will not be tolerated. I strongly condemn all such messages and have instructed our Police Officials to take strict disciplinary legal action against the offenders,” the chief minister tweeted.

Talking to media on Friday, the chief minister said: “Some persons with perverted minds have tweeted derogative, celebratory messages about the death of Chief of Defence Staff Gen Rawat. The Police Chief has been instructed to take legal action against these elements.”

Home minister Araga Jnanendra, too, issued a statement instructing the state police to take stern action against those who post derogatory remarks on social media on CDS Rawat’s demise. The minister had also spoken on the issue with the Karnataka police chief, Praveen Sood, and directed to take action. “We cannot tolerate such things, berating our brave officer, who had contributed his might immensely for the noble cause of our nation, and flutter our tricolour sky-high,” he said in a statement to the media.

2 get death penalty for murder of NIA officer, wife in...