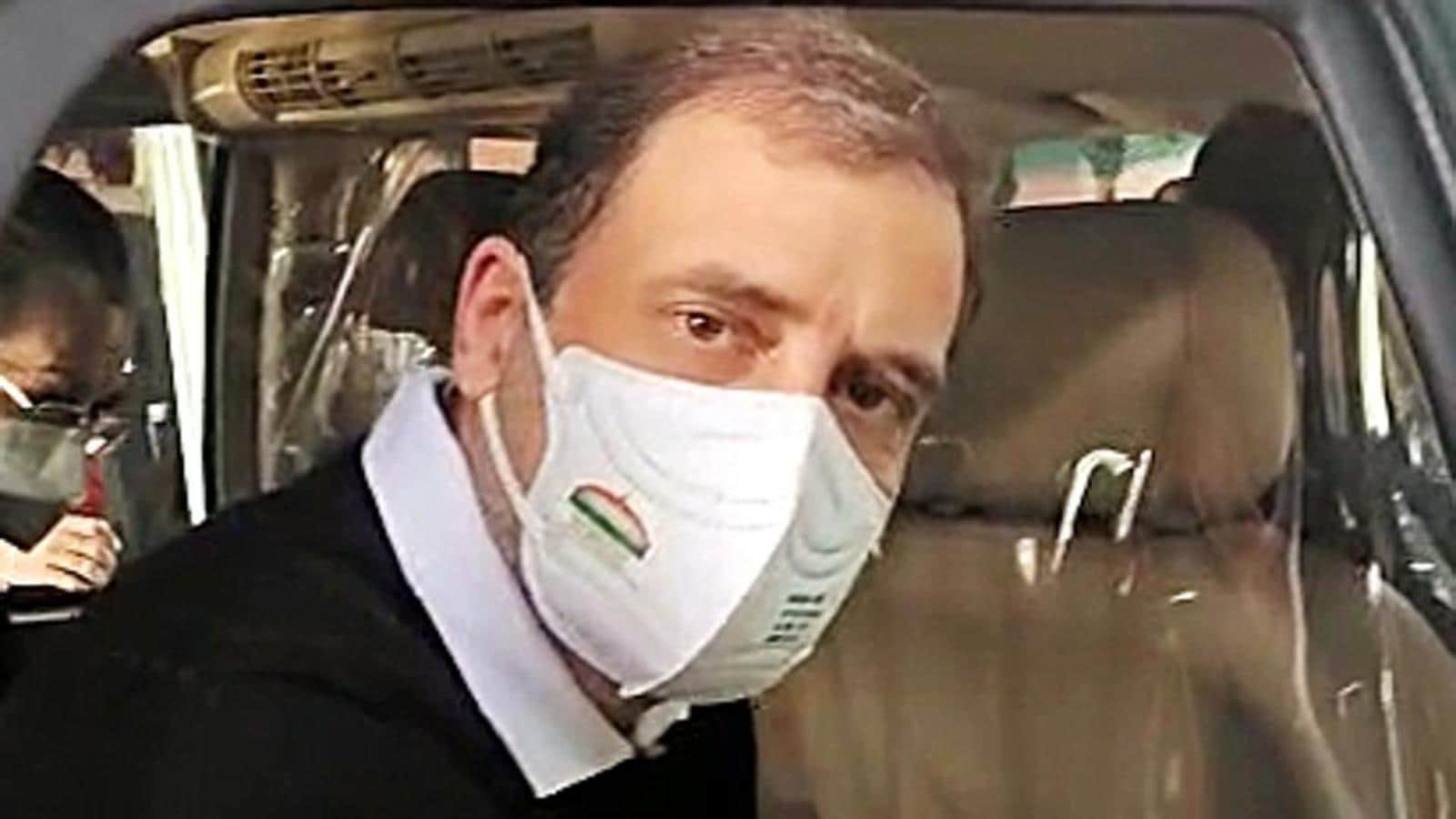 Congress leader Rahul Gandhi moved an adjournment motion in the Lok Sabha on Wednesday over the Lakhimpur Kheri violence, seeking to discuss the special investigation team’s (SIT) report on the October 3 episode.

Following continuous protests by Opposition parties, the Lower House was adjourned. Demanding a discussion on the episode in which eight people died at a farmers’ protest site near Tikunia in Uttar Pradesh, Opposition parties shouted slogans against the government, halting proceedings at the Lok Sabha.

Gandhi told reporters outside the Parliament, “They are not allowing us to speak, that’s why the House is being disrupted. Their minister is involved in it (Lakhimpur Kheri incident)… So a discussion should be allowed, but they don’t want to discuss it.”

Ashish Mishra, son of Union minister of state for home affairs Ajay Mishra Teni, is the prime accused in a vehicle-ramming incident in Lakhimpur Kheri that resulted in five deaths. The run-over sparked a deadly mob-lynching incident, eventually resulting in a total of eight fatalities that day.

The SIT’s submissions sparked a political row on Tuesday with the Opposition demanding minister Mishra’s resignation.

A court in Uttar Pradesh on Tuesday added stringent sections of the Indian Penal Code and the Arms Act, including attempt to murder, to a First Information Report (FIR) against 13 people accused of mowing down protesting farmers during the Lakhimpur Kheri episode.

The decision of the chief judicial magistrate in Lakhimpur Kheri came a day after the SIT looking into the violence told the court that the incident was “well planned” and “deliberate”.

Holding placards, Opposition lawmakers shouted slogans demanding a discussion on the matter. DMK MP TR Baalu requested Lok Sabha speaker Om Birla to allow a discussion on the SIT report. But the request was not immediately accepted by the speaker, who asked the MPs to follow the procedure even as Opposition leaders kept shouting slogans during question hour.

Some Opposition members entered the well of the House and shouted slogans.

Congress lawmaker K Suresh, the party’s chief whip in the Lok Sabha, moved an adjournment motion demanding that Mishra should “step down immediately so that a fair investigation is carried out, justice is served, the culprits are brought to book, and the farmers are delivered justice”.

Asking Opposition members to allow the House to function, Birla said, “I’ll let you raise the issue after the question hour… Today, there are important debates lined up on issues such as price rise. Do you not want to discuss it?”

Naidu vows to bring TDP to power in Andhra

Court order may pave way for other convicts’ release: Experts