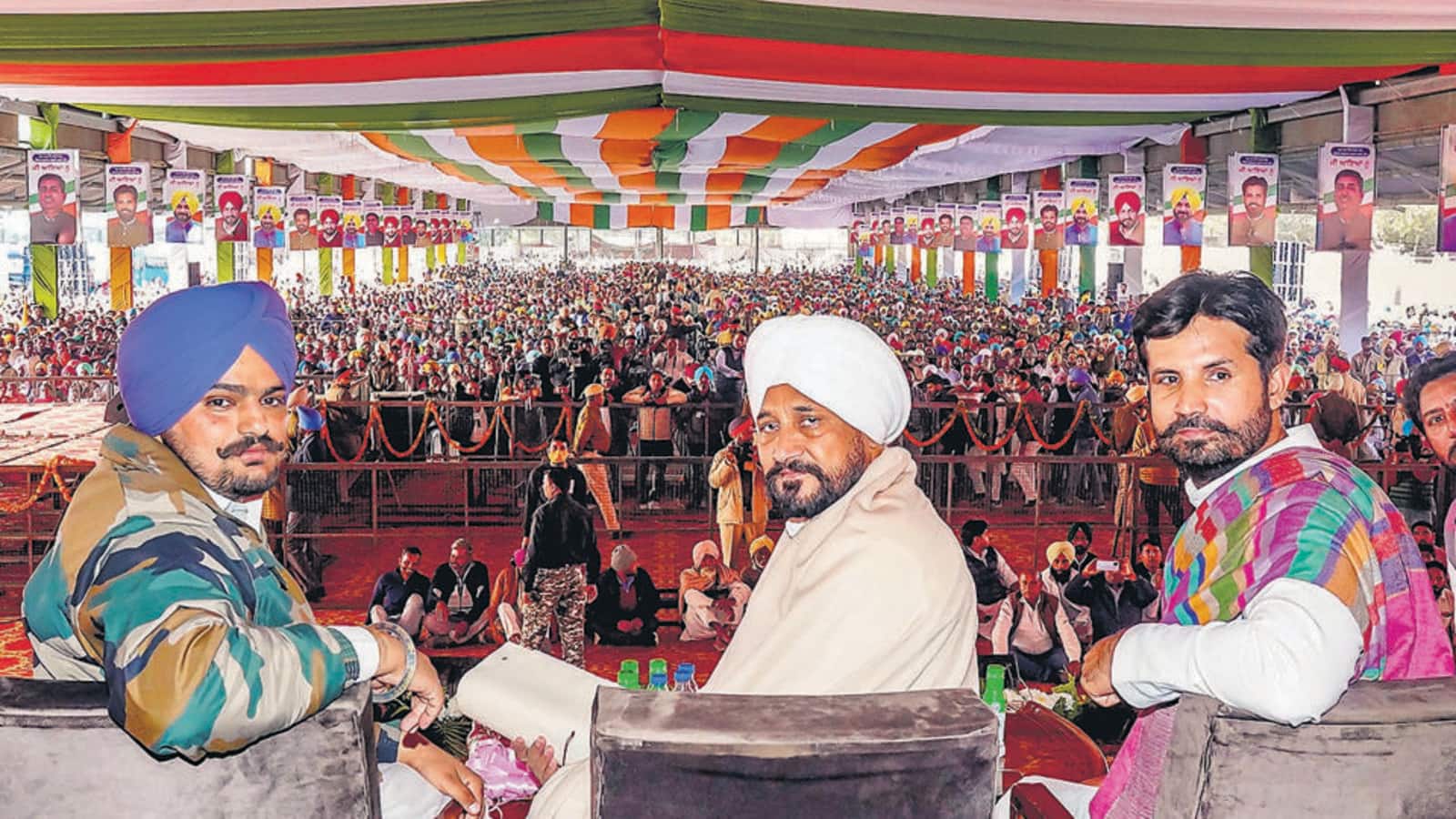 Punjabi singer Sidhu Moosewala, who joined the Congress last week, on Friday addressed his first political rally as he shared the stage with Punjab chief minister Charanjit Singh Channi in Mansa district of the poll-bound state.

Addressing the crowd here, Channi said the state government will welcome “the sons of the soil” on their “victorious” return from the Delhi borders, referring to the farmers’ decision to end their year-long stir after the Centre agreed to give in to their agricultural demands.

Congratulating farmers, farm labourers and the Samyukt Kisan Morcha leaders, the chief minister said it was a victory of the people, and that the unity of various sections of the society forced the Modi government to roll back the “draconian black laws”.

Taking a swipe at the Bharatiya Janata Party, Channi said even though they did not pay any heed to the demands of the farmers for almost a year, the leaders of the saffron party now wanted to “encash the victory of the farmers” and were trying to use it as an electoral card in Punjab.

The chief minister also targeted the Aam Aadmi Party, the main opposition in the state, describing it as a party of “thugs and looters”. AAP’s “non-Punjabis” are trying to fool people of the state with their “poll gimmicks”, he said.

Their “day dream” of capturing Punjab by installing the posters of “outsiders” everywhere will never turn into reality as Punjabis will throw these “black-hearted kaala angrez out”, he said.

Channi’s address was interrupted for at least 20 minutes due to protests by unemployed teachers and youth Congress activists, who chanted slogans against the Punjab government over lack of jobs for qualified teachers, at the spot.

The protesters were, however, taken outside the venue by security personnel. Police also resorted to lathi-charge to disperse a similar but larger crowd outside the rally venue. Few protesters were injured and several were taken into custody.

Similarly, Moosewala’s brief address was also interrupted after a section of the youth in the crowd jeered at him.

“Mansa became a district in 1992 but this mutual rivalry led to a stage where the district continues to be underdeveloped. It is high time that we all get united. Congress has several senior leaders in the district and I will take whatever role the party assigns me,” he said.

Taking note of the disruptions, Channi asserted that the government will not tolerate unruly behaviour.

“I will not listen to such people (unemployed teachers) who disrupt Congress party meetings or climb atop water tanks to press for their demands. We are ready to redress problems of all sections but unions cannot hold the government to ransom,” an infuriated Channi said.

Toll tax to be levied soon on Delhi-Meerut Expressway: Report

Hundreds of planes are stranded in Russia. They may never be...