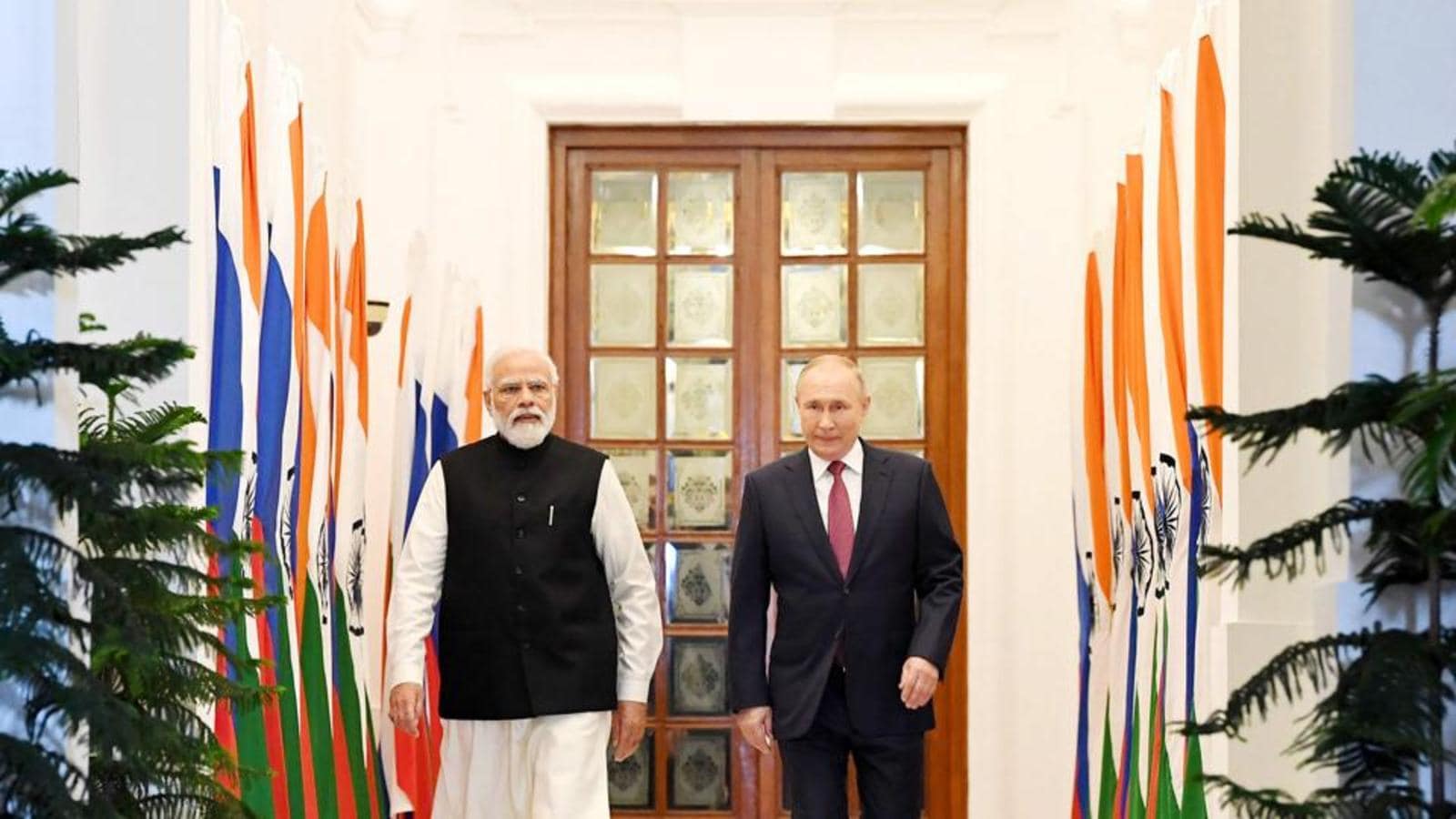 India and Russia focused on ways to boost bilateral cooperation in areas ranging from defence to energy and a coordinated approach to regional issues such as the situation in Afghanistan as Prime Minister Narendra Modi and President Vladimir Putin met in New Delhi for an annual summit.

In his televised opening remarks at the summit, Putin described India as a “great power” and a time-tested friend, and said Russia works with India in the military-technical field “in a way that we do not work with any of our partners”.

Modi noted in his opening remarks that this was only Putin’s second foreign visit since the start of the Covid-19 pandemic and reflects his personal commitment to bilateral relations. The year 2021 is important for bilateral ties as it marks five decades of the Indo-Soviet Treaty of Peace, Friendship and Cooperation of 1971 and two decades of the bilateral strategic partnership, he added.

India-Russia friendship has “remained a constant” despite many fundamental changes on the world stage and the two countries have cooperated closely while paying attention to each other’s sensitivities, Modi said. The first India-Russia 2+2 dialogue held on Monday is a new mechanism to boost practical cooperation, he added.

The two sides are in constant contact on Afghanistan and other regional issues, and defence cooperation has been strengthened through co-development and co-production under the “Make in India” initiative, Modi said.

India and Russia should also guide their business communities to achieve the target of increasing bilateral trade to $30 billion and hiking bilateral investments to $50 billion by 2025, Modi said.

Putin said Russia perceives India as a “great power” with whom relations “are developing and are looking to the future”. Though trade turnover declined by more than 17% in 2020, the growth was more than 38% in the first nine months of 2021, he said.

Total bilateral investments now stand at $38 billion, and this is roughly equally divided, with slightly more investments from the Russian side, Putin said, adding the two sides are also cooperating in areas such as energy, high technology and space.

“We continue to work actively in the international arena, and…our positions on very many issues do coincide. We are undoubtedly concerned about everything related to terrorism and the fight against it, as well as drugs and organised crime,” he said.

The two sides are also concerned about the developing situation in Afghanistan, he added.

No evidence of sacrilege in Kapurthala, FIR will be amended: Punjab...

Budget Session of Parliament to begin on Jan 31; Union budget...

Congress calls out Centre for not mentioning Indira Gandhi’s name in...