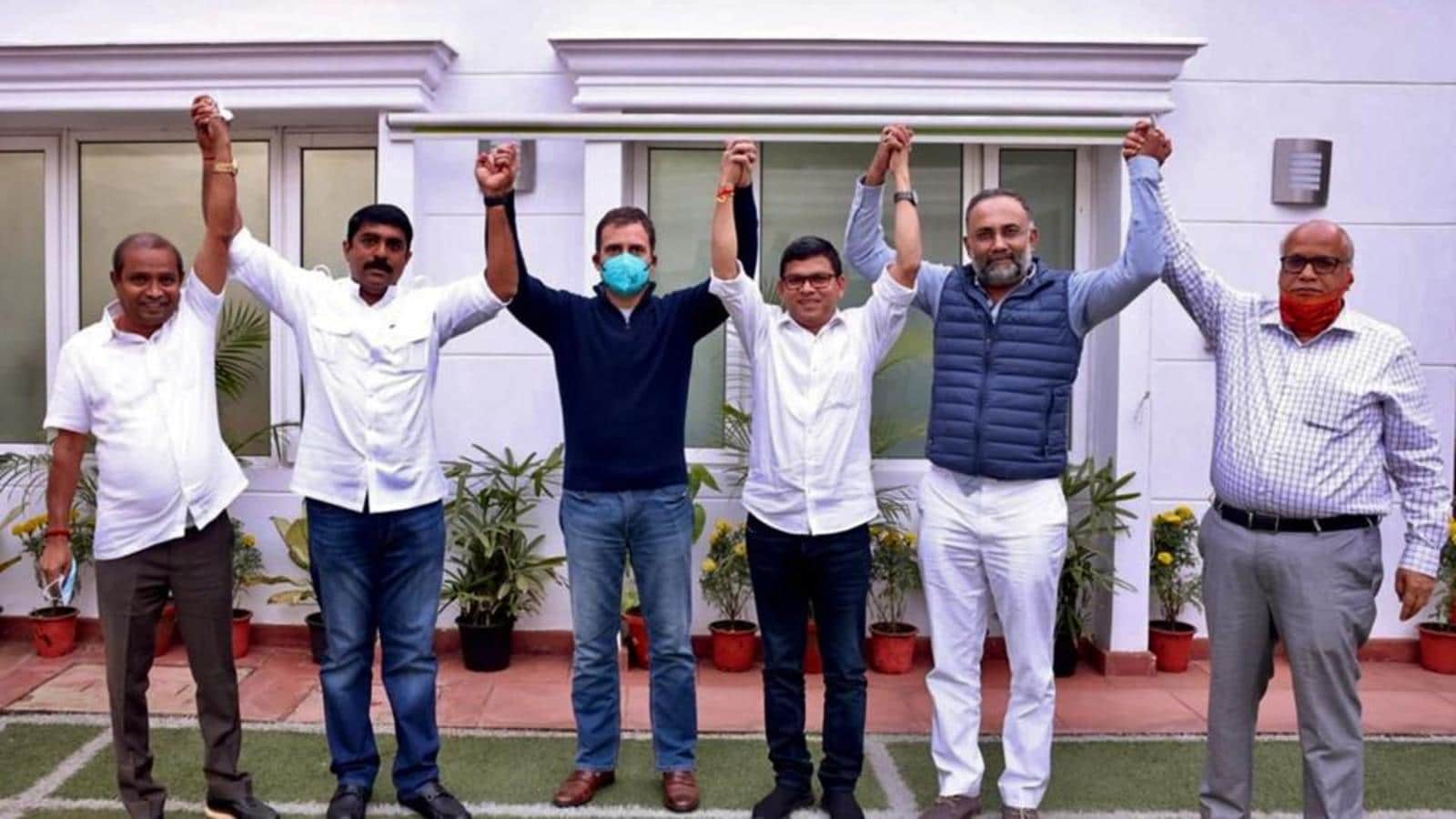 PANAJI: Signalling the finalisation of an arrangement between the Congress and the Goa Forward Party, Goa Forward supremo Vijai Sardesai and an independent lawmaker who earlier pledged his support to Mamata Banerjee’s Trinamool Congress (TMC) met Congress leader Rahul Gandhi in New Delhi on Tuesday and posted a group photograph on social media. His party captioned it “Team Goa”

While no formal announcement of any pre-poll alliance was made, Congress leader and state in-charge Dinesh Gundu Rao said that Sardesai and his fellow MLA Vinod Paliencar met Rahul Gandhi and “expressed their complete support to take on the corrupt and inept BJP Goa government in the ensuing assembly elections.”

Also present at the meeting was independent MLA Prasad Gaonkar who barely a few weeks ago expressed his support to the Trinamool Congress and said he was joining the cause with them, but will formally join the party later. It appears he may have now abandoned that mission and has instead pledged support to the Congress.

Sardesai didn’t mention the word ‘alliance’ in his statement after meeting Rahul Gandhi. “Met Shri @RahulGandhi along with my colleagues @prasadgaonkr13 (Independent MLA Prasad Gaonkar) and @vinod_palyekar. We agreed to fight resolutely, wholeheartedly and unitedly on behalf of the people of #Goa to end the utterly corrupt, incompetent and undemocratic reign of @BJP4Goa,” Sardesai tweeted along with a photo of the group jointly raising their hands together as a symbol of solidarity.

“Continuance of Goa under @BJP4Goa rule is an impossibility! Met with Shri @RahulGandhi. Proud to be working for the 2nd liberation of #Goa with the great-grandson of the person who enabled the 1st! The curse of the communal and anti-Goan @DrPramodPSawant govt will be blown away!” he also said.

Sardesai also suggested that he was on board with the ‘new dawn’, a slogan used by the TMC.

On October 12, Sardesai told the media that the time was ripe for a “new dawn in Goa” and that he was willing to make “any sacrifice” to ensure that an alliance to take on the BJP is in place before the polls. However, it quickly became apparent that he was leaning towards the Congress.

Prasad Gaonkar’s brother joined the TMC on October 13, and his joining was billed as a ‘major announcement’ by the TMC.

“I will join the TMC officially once my term in office comes to an end. My supporters and elected members of Panchayat are joining the TMC today,” Gaonkar said in October.

The Trinamool Congress’s comeback was acerbic.

“The two real culprits of [the] “Great Betrayal – 2017” are back together, again! Goa will not be betrayed once more and the backroom deals shall yield no fruit. Goans have moved on, sadly you have not,” the Goa TMC said replying to Vijai’s tweet.

Vijai Sardesai, who launched the Goa Forward Party prior to the 2017 assembly elections canvassed on an anti-BJP plank prior to the elections but after the elections teamed up with the BJP on the ground that Manohar Parrikar, who was the then Union Defence Minister, was returning to the state as chief minister. Sardesai extended support on the condition that Parrikar is the chief minister. After Parrikar died and 10 Congress MLAs switched sides to the BJP, chief minister Pramod Sawant dropped Sardesai’s Goa Forward Party from his government.

Indian embassy in Ukraine to be ‘temporarily relocated in Poland,’ says...

Ugadi, Gudi Padwa, Chaitra Navratri: What you should know

Minister’s appeal to ‘elders’ amid tensions, curbs in Jammu’s Bhaderwah