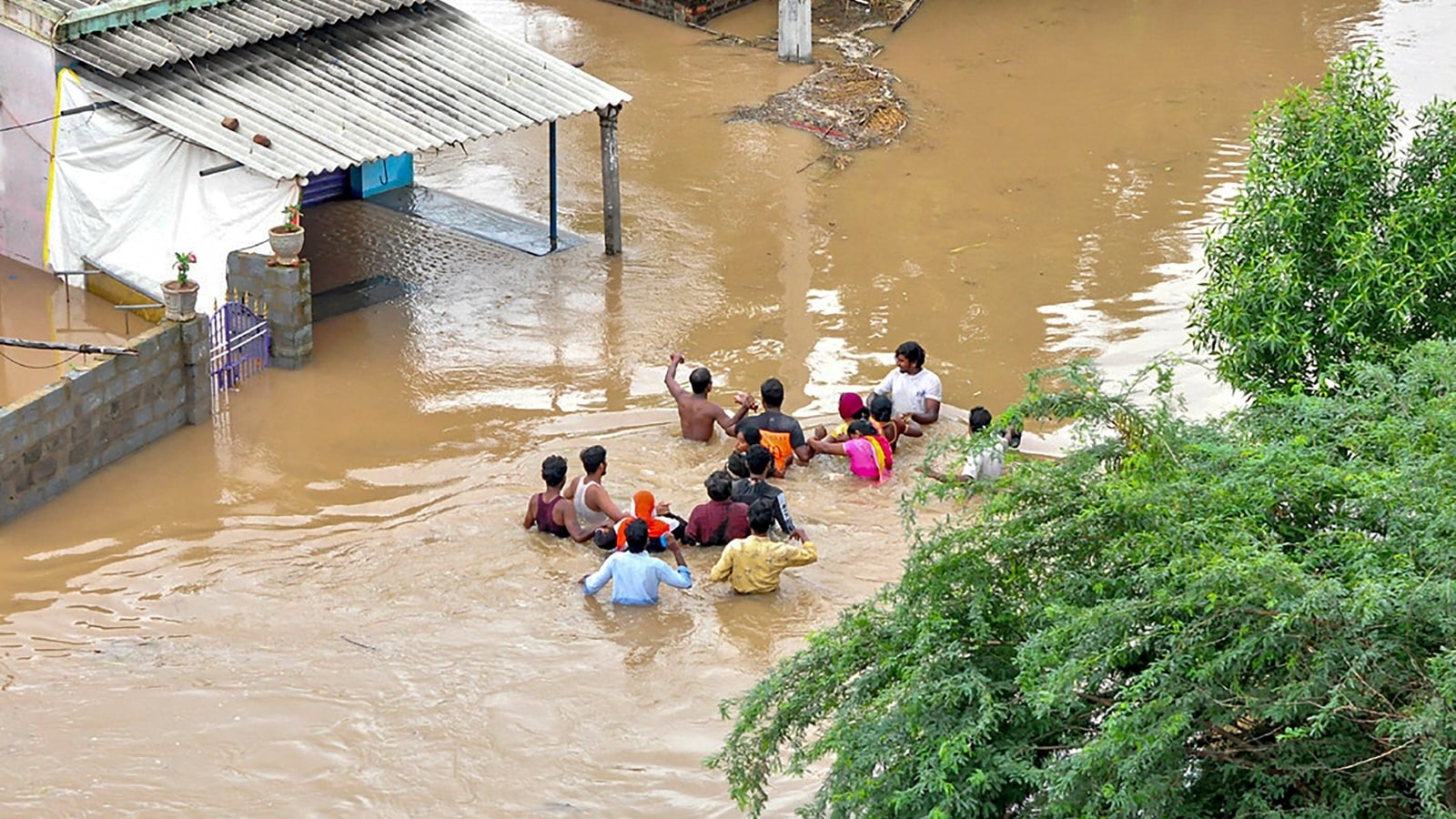 As parts of southern states continued to witness heavy rains due to a low-pressure area in the Bay of Bengal, the Indian Air Force, NDRF, SDRF, police and fire services personnel scrambled to save lives. At least 25 people, including an SDRF personnel, have died and dozens remain missing in rain-related incidents in Andhra Pradesh.

At least five persons, including two children, were killed after an under-construction building in Kadiri town in Anantapuramu district collapsed due to incessant rain.

On Saturday, Andhra Pradesh chief minister YS Jagan Mohan Reddy conducted an aerial survey of the flood-affected areas in the Chittoor and YSR districts to assess the damage. He inspected the severely damaged Veligallu and Annamayya project areas and also surveyed Pincha projects and the areas affected by the Cheyyeru River.

“He directed officials to take immediate sanitation measures in Tirupati town and prepare a master plan on the drainage system in the city to take appropriate action,” the chief minister’s office said.

Meanwhile, teams of NDRF and SDRF have been deployed in flooded areas and thousands of people have been shifted to relief camps.

The situation in Tirupati town has remained grim but the scene on the holy Tirumala Hills has improved. On Saturday, the Tirumala Tirupati Devasthanams allowed vehicular traffic on the ghat roads and pilgrims who booked tickets online were also allowed for darshan of Lord Venkateswara.

The India Meteorological Department (IMD) has predicted ‘light’ to ‘moderate’ rainfall over the weekend in southern states, including Andhra Pradesh, Tamil Nadu, and Karnataka as the deep depression formed in the Bay of Bengal gradually weakens and continues to move west-northwestwards.

“Depression over the Bay of Bengal moved west-northwest wards and crossed north Tamil Nadu and adjoining south Andhra Pradesh coasts between Puducherry and Chennai on November 19. It then moved west-northwestwards and weakened into a ‘Well Marked Low-Pressure Area’ over north interior Tamil Nadu and adjoining Karnataka and Rayalaseema. It is very likely to continue to move west-northwestwards and weaken further gradually during the next 24 hours,” IMD said in a statement on Saturday.