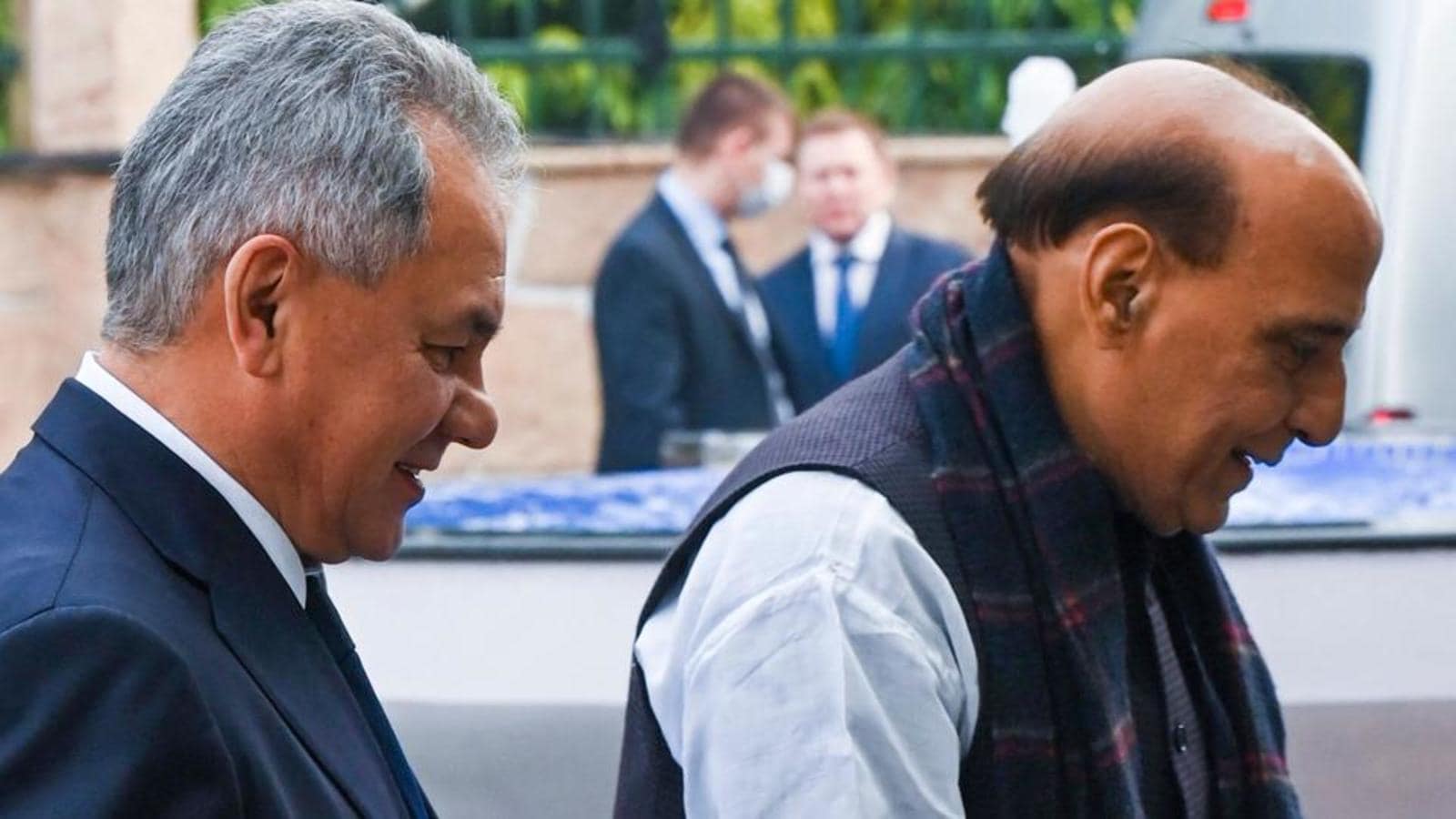 India is grappling with challenges arising from the “extraordinary militarisation” of its neighbourhood and “unprovoked aggression” on the northern border, and the country seeks partners who are responsive to its military requirements, defence minister Rajnath Singh said on Monday.

Singh didn’t name any country in his televised opening remarks at the inaugural India-Russia 2+2 dialogue of defence and foreign ministers, but there was little doubt he was referring to China.

Indian and Chinese troops have been engaged in a face-off in Ladakh sector since May 2020 and numerous reports have emerged of Beijing bolstering military facilities all along the Line of Actual Control (LAC).

Russian defence minister Sergey Shoigu said bilateral military-technical cooperation is especially important in India-Russia relations, and that bodies of the two countries will cooperate to increase trust and security. He said he and Singh had finalised plans for future cooperation.

“The [Covid-19] pandemic, the extraordinary militarisation and expansion of armament in our neighbourhood, and the unprovoked aggression on our northern border since early summer of 2020 have thrown in several challenges,” Singh said.

“Recognising that its development needs are colossal and that its defence challenges are legitimate, real and immediate, India seeks partners who are sensitive and responsive to India’s expectations and requirements,” he added.

Singh said India is confident of overcoming these challenges with “strong political will and inherent capability of its people”.

He added that during a bilateral meeting with Shoigu, he discussed the “emerging challenges India is confronted with and the enhanced requirement of India for closer military and military-technical cooperation with Russia”.

In his opening remarks at the 2+2 meeting, Singh further said India hopes that “Russia will remain a major partner for India in these challenging circumstances”.

The Indian side, he added, is seeking greater military-technical collaboration, advanced research, and co-development and co-production of defence equipment leading to self-reliance.

“Separately, we proposed greater engagements in Central Asia and in the Indian Ocean region. India is a continuation of the vast Eurasian landmass and at the same time, central in the enormous Indian Ocean region. We are optimistic about Russia’s cooperation in all the domains,” he said.

External affairs minister S Jaishankar, in his opening remarks, said the 2+2 meeting is being held at a critical juncture when the global geopolitical environment is in great flux, especially after the pandemic.

“Our ties have been close and time-tested. In a world that has changed so much, they have been exceptionally steady,” he said, adding that the 2+2 meeting gives both sides a platform to discuss politico-military issues of mutual interest that are inter-related.

These issues include the emergence of multipolarity, consequences of over-centralised globalisation, challenges such as terrorism, violent extremism, the situation in Afghanistan, which has repercussions for Central Asia, hotspots in West Asia, and maritime security.

“Both Russia and India have a similar worldview of a more polycentric, more multipolar, more equitable world order. We advocate similar or identical positions on the most important political and military issues,” he said.

FRL shareholders to be hit if banks opt for IBC...