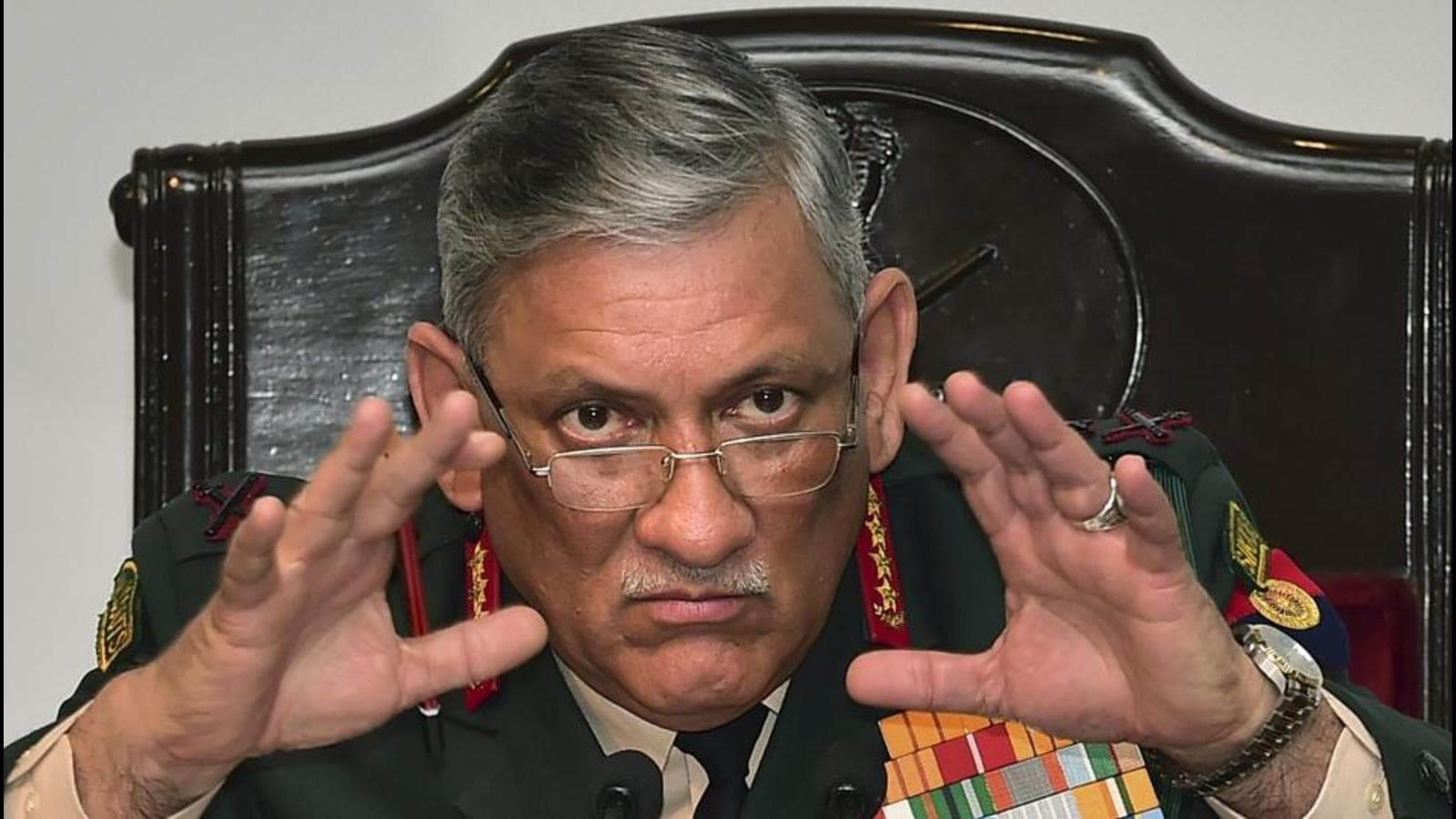 India’s first chief of defence staff General Bipin Rawat, 63, was an outspoken military leader who took pride in his convictions, took hard decisions at the cost of becoming unpopular in certain circles, thought outside the box and was known to challenge status quo, people who have known him for decades said.

He was also a dog lover and a rare general who didn’t play golf. Rawat had survived a chopper crash in February 2015 in India’s North-east.

His leadership and courage were acknowledged on foreign soil too.

General Rawat epitomised military professionalism like no one else, said a retired three-star general who was among Rawat’s best friends. “He was driven by his own convictions. He took strong decisions even if they were not popular. The organisation’s interests were always topmost for him and he didn’t really care about his own popularity,” said Lieutenant General BS Sandhu (retd), who knew Rawat for more than 45 years and was his course mate at the Khadakwasla-based National Defence Academy.

Sandhu’s wife Kuka and Madhulika attended Daulat Ram College in Delhi together, and like their husbands they too were best friends.

But the assignment he really loved talking about most was his tenure as the commander of United Nations’ North Kivu Brigade in the Democratic Republic of Congo in the late 2000s. “It was one of my most memorable assignments. I am glad I could make a difference there,” Rawat told this correspondent a few years ago.

When Rawat took charge of the brigade, things weren’t going too well for the world’s costliest peacekeeping mission, known by its French acronym MONUC. The locals were contemptuous of UN peacekeepers, questioning what difference they had made and accusing the mission of doing little to protect them. Angry crowds would often hurl stones at UN vehicles on the streets of Goma, the capital of North Kivu and where the Indian brigade is based.

“We were not fighting with our equipment, despite Chapter VII of the UN Charter authorising the use of force in some scenarios. We have decided to fight with our equipment,” Rawat told this correspondent who was covering the conflict in eastern Congo in 2008.

Rawat reworked the velvet-glove strategy to an iron fist within a month of his arrival, frequently authorising the use of attack helicopters to strafe positions held by rebel groups responsible for civilian deaths, recruiting child soldiers and displacing millions of people. He was able to control the situation quickly.

Under Rawat’s leadership, the Indian brigade saved a key Congolese province from being overrun by rebels. Lieutenant General Babacar Gaye, then Force Commander of the UN mission in the Congo, wrote in the commendation awarded to Rawat that it was due to his “leadership, courage and experience” that North Kivu’s capital Goma never fell, the country’s eastern region was stabilised and the main rebel group was forced to come to the negotiating table.

General Rawat was a man with tremendous moral courage, said Lieutenant General Ajai Singh, who heads the Andaman and Nicobar Command and reported directly to CDS. “He was an exceptional military leader, with a rare, larger vision for integrated war fighting,” Singh said.

The National Democratic Alliance government superseded two top generals — Lieutenant Generals Praveen Bakshi and PM Hariz — to appoint him army chief in 2016. Rawat’s experience in Jammu and Kashmir and the Northeast tipped the scales in his favour.

In a statement, the Indian Army said Rawat was a visionary who initiated far reaching reforms in the military’s higher defence organisation, and was instrumental in creating the foundation of India’s joint theatre commands and giving impetus to the increased indigenisation of military equipment, a legacy which will be carried on and strengthened by successive generations.

The one nation, one language fallacy

Goa Assembly: A search for allies