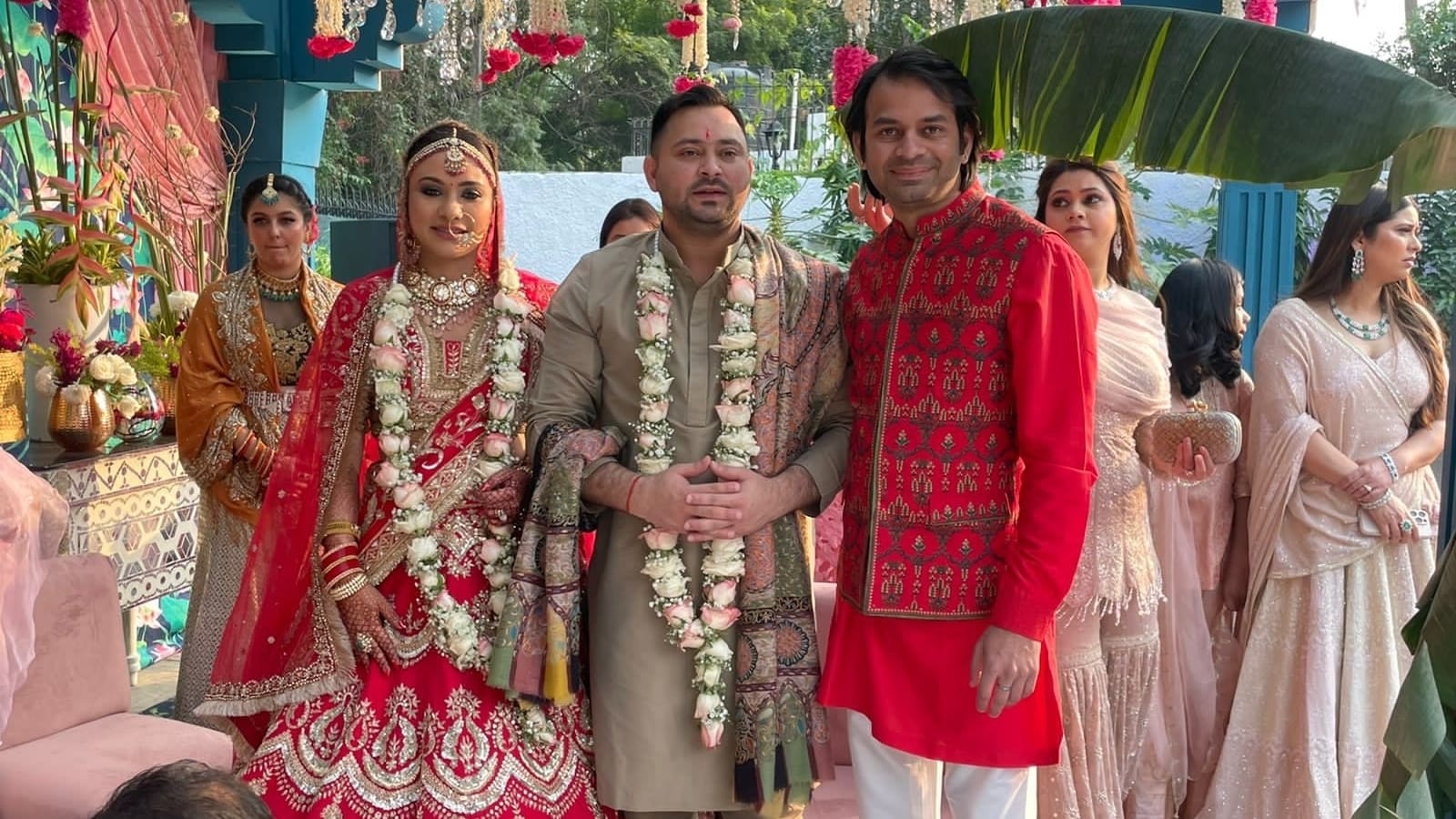 Rashtriya Janata Party (RJD) leader Tejashwi Yadav got married on Thursday in a secret ceremony at his family’s farmhouse in New Delhi, tweets by his siblings revealed. Tejashwi, RJD supremo Lalu Yadav’s younger son and Leader of Opposition in Bihar Legislative Assembly, tied know with Rachel Godinho in a low-key event very few had knowledge about till yesterday.

“Blessings to “Arjun” for starting a new inning of life. May God bless this new couple with all the happiness of the world for life, I wish that,” Tej Pratap tweeted.

It was initially reported that Tejashwi will be getting engaged on Thursday but soon after reports of his wedding started trickling in as security was beefed up outside his Delhi residence. While speculations are rife about why Lalu’s younger son got married in a low-key ceremony unlike his brother Tej Pratap, reports suggest the RJD leader wanted to avoid large gatherings looking at the ongoing coronavirus disease (Covid-19) pandemic situation in the country.

Tejashwi’s sister Rohini Acharya also tweeted several photographs from the wedding and wished the couple “a lifetime of happiness.” In the images tweeted by Acharya, Tejashwi and his bride can be seen participating in wedding rituals in the presence of their family members, including her mother and former Bihar chief minister Rabri Devi.

The wedding was conducted as per Hindu rituals at Sainik Farms. Tejashwi’s wife, Rachel, will reportedly now be known as Rajeshwari Yadav.

On Good Governance Day, UP CM to lay foundation stone of...