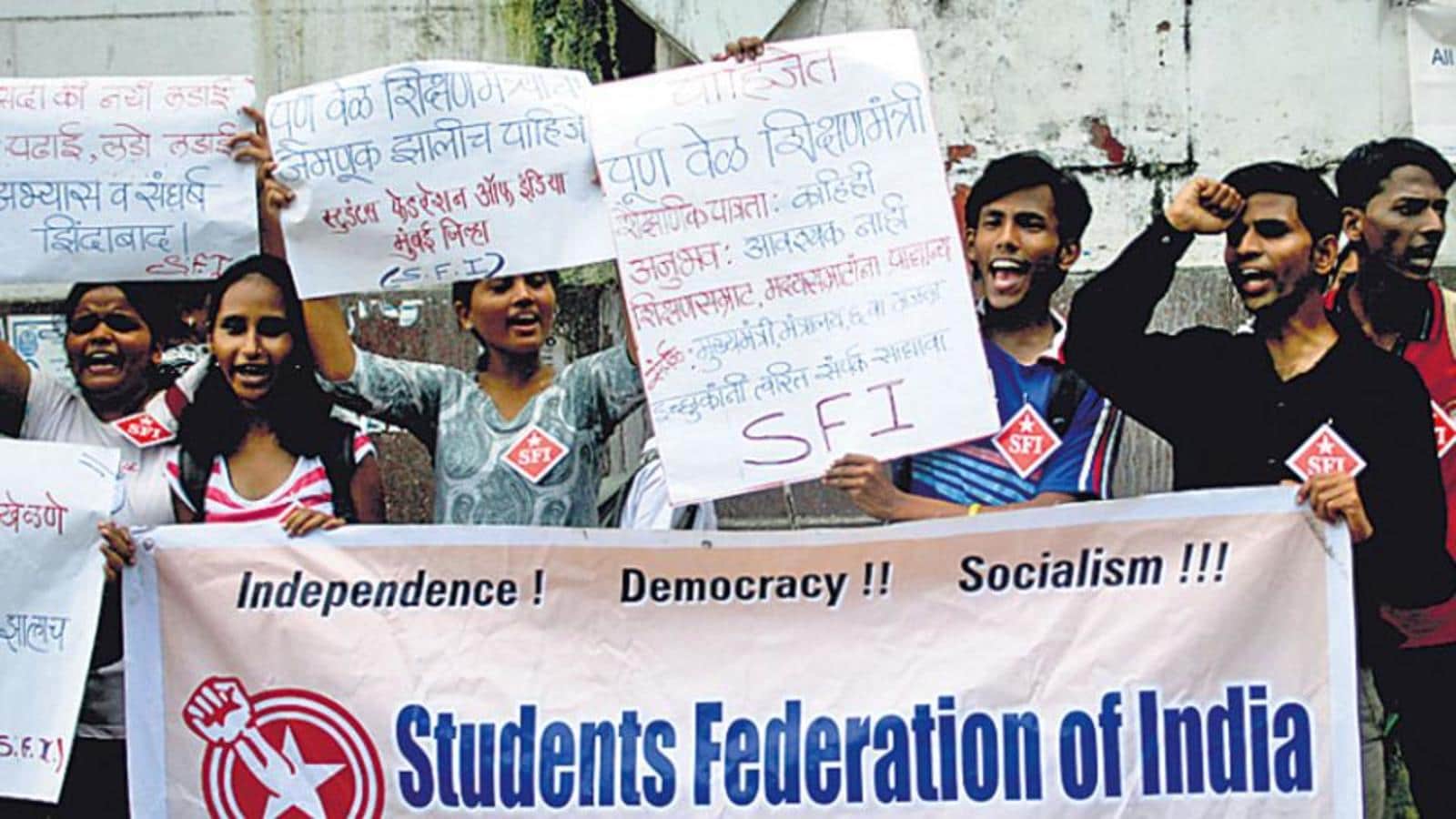 A day after a Students Federation of India (SFI) activist was allegedly killed by Youth Congress workers in an engineering college in Idukki district, clashes broke out at many places in Kerala on Tuesday as both the Congress and ruling Communist Party of India (Marxist) engaged in a war of words.

Offices of the Congress were attacked at Thiruvalla (Pathanamthitta), Thaliparamba (Kannur), Perambra (Kozhikode) and Malappuram, police said. The SFI observed bandh at educational institutions across the state and carried out protest rallies. At many places, the rallies turned violent, police said.

In Malappuram, the situation turned tense on Monday night after a group of CPI(M) workers marched to the venue of a meeting presided over by state Congress president K Sudhakaran. A clash was averted after timely intervention of leaders and police. In Kollam, Revolutionary Socialist Party (RSP) member of Lok Sabha NK Premachandran’s vehicle was allegedly attacked by a group of CPI(M) workers.

“It was a deliberate attack. It seems the CPI(M) is waiting for a chance to settle old scores,” said Premachandran. The MP was earlier with the Left camp and later crossed over to the Congress-led United Democratic Front (UDF).

On Monday, 21-year-old SFI activist Dheeraj Rajendan, a resident of Kannur, was allegedly stabbed to death by Youth Congress workers at around 1 pm at the Idukki Engineering College, police said.

Condoling the death, chief minister Pinarayi Vijayan had said attempts to create violence in campuses cannot be accepted. “The murder of Dheeraj Rajendran, a student of Idukki Painavu Government Engineering College and an SFI activist, is extremely sad and highly condemnable. Attempts to create violence in college campuses will not be allowed under any circumstances. Police have been directed to bring Dheeraj’s killers to justice as soon as possible,” Vijayan said soon after the incident.

In a complaint filed on Monday, police have cited political rivalry behind the murder. So far, four persons, including main accused Nikhil Pyly, a Youth Congress worker, have been arrested in the case, police said.

On Tuesday, a dozen workers of the Kerala Students Union (Congress student wing), including a few women, were hospitalised at Maharaja’s College in Ernakulam after an alleged attack by SFI workers on Monday night, police said.

While the ruling CPI(M) blamed new PCC chief K Sudhakaran for increased violence, the latter asked the ruling party to shed its “politics of violence” to ensure peace in the state.

“After Sudhakaran took over the reins, Congress workers are in a belligerent mood. He gives free licence (to party workers) to attack political opponents,” said CPI(M) leader MV Jayarajan.

Sudhakaran, however, said, “The party is against violence and we condemned the killing. But the CPI(M) is using this unfortunate incident to target party offices and workers. You take out the list, maximum political murders were committed in the state by CPI (M).”

He added that if the attack continued like this, party workers will be forced to retaliate.

According to the police, the body of Rajendran was taken to his native place in Kannur on Tuesday by road after conducting post-mortem. “We are keeping a strict vigil in politically volatile north Kerala district,” said a senior police officer, requesting anonymity.

Mumbai: Police arrest 7 men including fake Angadias who fled with...

Census should not merely be data-oriented: House panel

Amid ruckus, rift in SP comes out in open

UK man buys a three-bedroom house for a refugee family from...