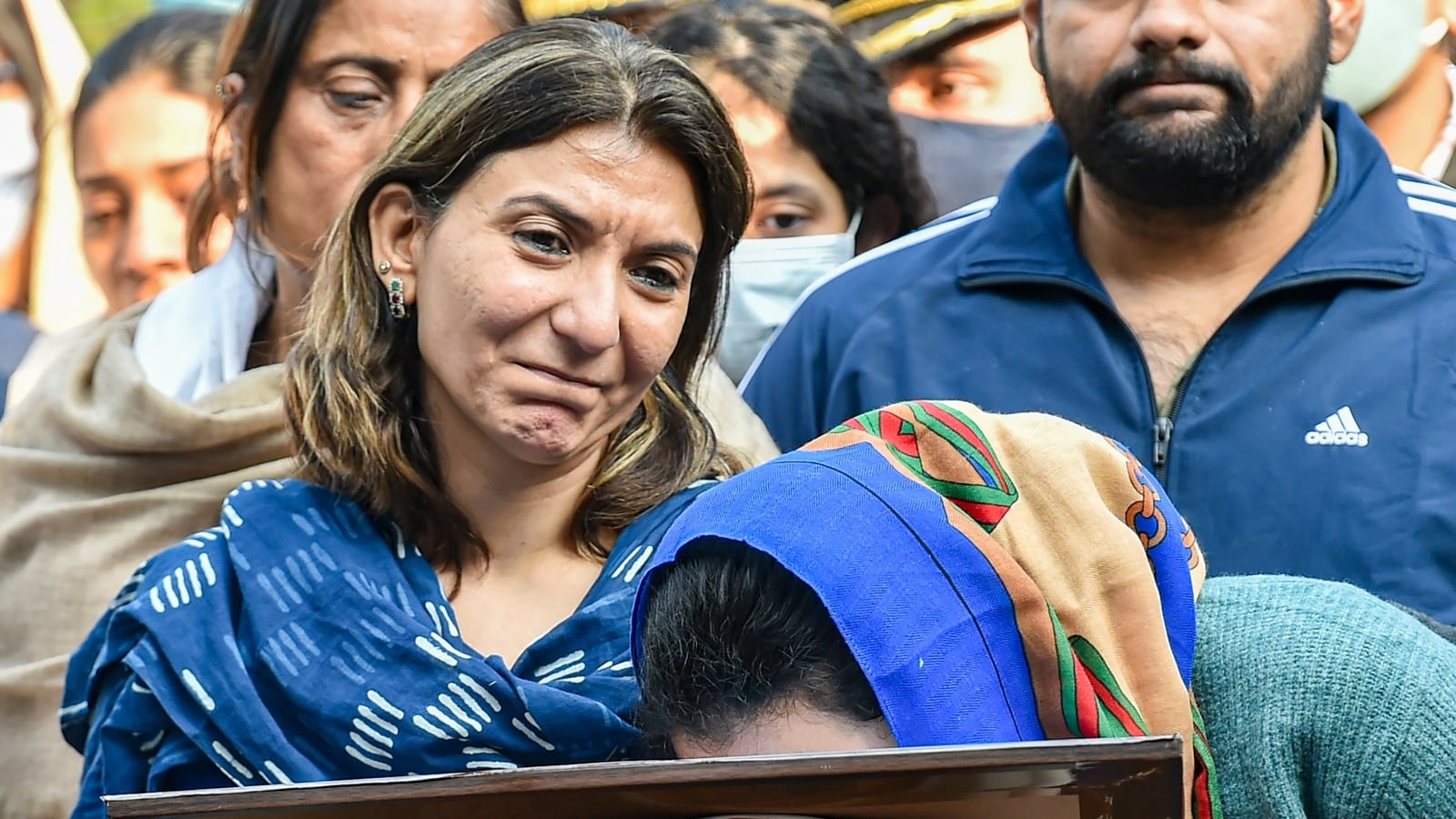 Brigadier LS Lidder’s wife Geetika and their 16-year-old daughter Aashna epitomised strength and dignity at his military funeral held at Brar Square on Friday morning, the darkest hour of their lives.

Tony, as Lidder was fondly called, was among the 13 people killed in the Mi-17V5 chopper crash near Coonoor, including chief of defence staff General Bipin Rawat and his wife Madhulika Raje Singh Rawat.

“We must give him a good farewell, a smiling sendoff. I am a soldier’s wife,” Geetika said at Lidder’s funeral.

Strong in grief, Geetika later attended the funeral of General Rawat and his wife at the same crematorium.

She teaches at the Shri Ram School in Vasant Vihar. Lidder, 52, was approved for the rank of major general and was scheduled to take charge of a division after picking up the two-star rank. He was commissioned into the Jammu & Kashmir Rifles in December 1969.

“He was larger than life. Everybody knew that. Life is long but if God willed this, we will live with it. This is not the way we wanted him back. He was a very good father. My child will really miss him,” said Geetika, who comes from an army family based in Chandigarh.

Lidder, a decorated officer, was appointed defence assistant to General Rawat in January 2021, and enjoyed the CDS’s confidence. In previous key appointments, he commanded a brigade in the sensitive northern sector, served as India’s defence attaché to Kazakhstan, commanded his battalion in the UN peace mission in Congo and also served as an instructor at the National Defence Academy.

Aashna, who lit her father’s funeral pyre, said, she would move ahead in life with all the good memories of the almost 17 years she spent with her father.

“I am happy he did not have to suffer. It‘s a national loss. My dad was a hero, my best friend. Maybe it was destined…maybe better things will come our way,” she added.

Keeping up with UP | Can the caste census be opposition’s...