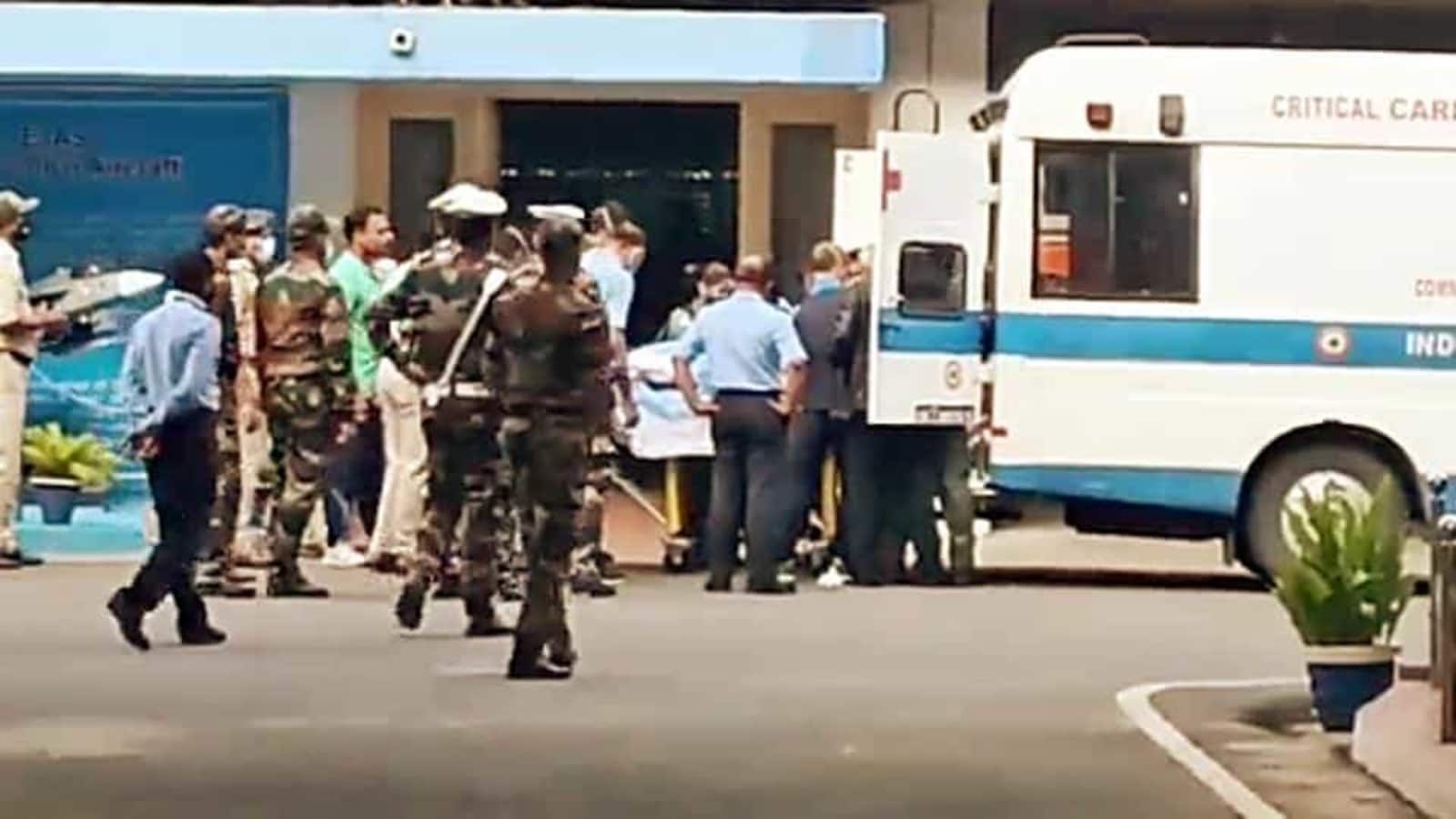 Group Captain Varun Singh, the sole survivor of the Mi-17 Coonoor crash in which 13 people including CDS General Bipin Rawat were killed, is battling for his life at a military hospital in Bengaluru, officials familiar with the matter said on Thursday.

He is maintaining vital signs but remains critical, it is learnt.

Singh was awarded a Shaurya Chakra for gallantry earlier this year for displaying outstanding courage and presence of mind while handling a rare mid-air emergency involving the light combat aircraft (LCA) he was flying last year.

The decorated fighter pilot was moved from the Military Hospital at Wellington to the Indian Air Force Command Hospital in Bengaluru on Thursday, the officials said. Two doctors from the command hospital accompanied the group captain to Bengaluru.

“My thoughts are with Gp Capt Varun Singh who has survived the tragic chopper crash. I pray for his speedy recovery and long life,” President Ram Nath Kovind wrote on Twitter. An inquiry has been ordered into the crash.

President Kovind conferred Shaurya Chakra, India’s third-highest peacetime gallantry medal, on Singh four months ago. Singh was a wing commander at that time. On October 12, 2020, he was flying a test sortie in the LCA when an emergency developed due to the failure of cockpit pressurisation at high altitude. This was an unprecedented catastrophic failure that had never occurred.

“There was rapid loss of altitude, with the aircraft pitching up and down viciously. Despite being in extreme physical and mental stress in an extreme life-threatening situation, he maintained exemplary composure and regained control of the aircraft, thereby exhibiting exceptional flying skills,” Singh’s citation said.

“He displayed extraordinary courage and skill to safely land the fighter aircraft. The pilot went beyond the call of duty and landed the aircraft taking calculated risks. This allowed an accurate analysis of the fault on the indigenously designed fighter and further institution of preventive measures against recurrence,” it added.

Singh wrote an emotional letter to the principal of his alma mater, Army Public School in Chandimandir, months before the accident, thanking the school and his teachers for their mentorship in his formative years which resulted in him receiving the Shaurya Chakra.

“I credit this prestigious award to all those I have been associated with over the years in school, National Defence Academy and thereafter the Indian Air Force, as I firmly believe that my actions that day were a result of the grooming and mentoring by my teachers, instructors and peers over the years.” Varun wrote.

“I was faced with a grave and critical failure in my aircraft. The standard operation procedure (SOP) required me to eject and abandon the aircraft. However, I took a few calculated risks and managed to land the aircraft without any damage to either the aircraft or civilians,” he wrote.

He concluded his letter by writing an inspiring message for the children at school. He said he was a mediocre student in school but found his passion for aviation at a later stage.

“It is ok to be mediocre… Whatever you work towards, be dedicated, do your best… Never lose hope, never think that you cannot be good at what you want to be,” Singh wrote. He added, “I was mediocre, and today I have reached difficult milestones in my career.” He wrote the letter on September 18.

Explained: Why Japan’s iconic Nakagin Capsule Tower is being demolished

‘Order is of June. You come now’: Court to Juhi Chawla...

A stone’s throw from Chandigarh, this Punjab village indifferent to poll...

The key demographic transitions captured by the 5th round of NFHS