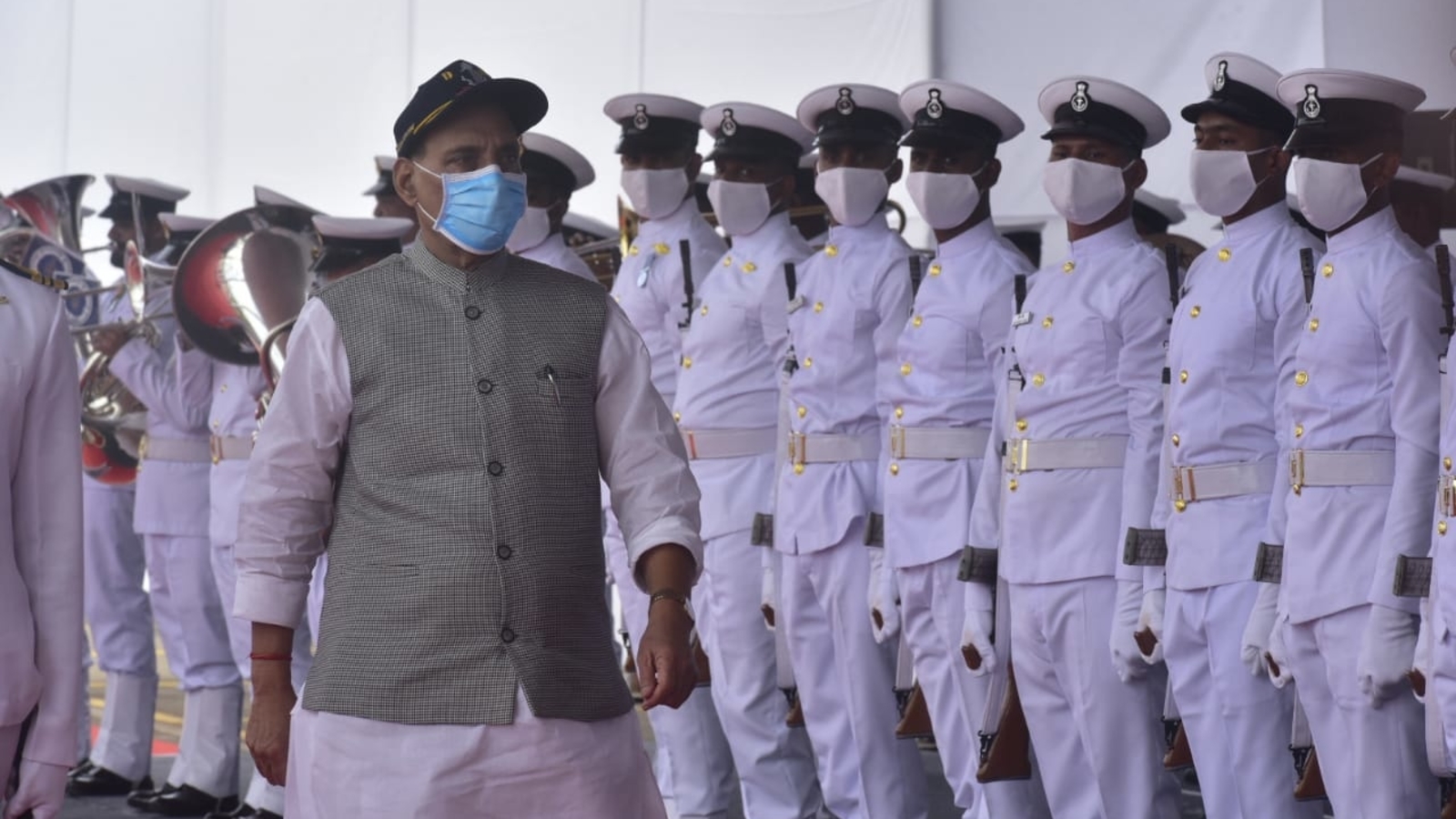 During the Indian Navy’s commissioning of INS Visakhapatnam, defence minister Rajnath Singh took an indirect dig at China, and mentioned “some irresponsible nations” while talking about the UN Convention on the Law of the Sea (UNCLOS).

Explaining that the UNCLOS 1982 stands for a country’s exclusive economic zone, good order at sea and territorial waters, Singh said that the “arbitrary interpretations” of the international law cause hurdles for creating a “rule-based maritime order.”

“There are some nations — I would like to say irresponsible nations — (who) for the sake of their narrow partisan interests, and hegemonic tendencies keep on giving new and inappropriate interpretations to these international laws,” Singh said during the event earlier in the day.

The defence minister’s statement comes in the wake of China’s recently launched maritime rules and continued militarisation of islands in south China sea, which has invited global criticism.

During his address at the naval dockyard in Mumbai, Singh said that India envisions an Indo-Pacific region that is based on rules, has freedom of navigation, and universal rules, in which the “interest of all the participating countries are protected.” He noted that the role of the Indian Navy “becomes more important” since the country is a significant nation in the “security” of the Indo-Pacific region.

Hailing the indigenisation efforts of the Indian Navy and the steps taken by the Union government to give a boost to the same, the minister said India will not only accomplish its ‘Make in India’ goal but also ‘Make for the World.’

Highlighting the strength and capability of India’s capabilities, Singh stated there’s “no doubt” that going ahead, India will not only be building shops for its own needs but also for the “needs of all over the world.”

INS Visakhapatnam, the first stealth-guided missile destroyer ship of Project 15B, is capable of undertaking multifarious tasks and missions. It has a capacity of accommodating 312 crew members and comes with an endurance of 4,000 nautical miles.

Ahead of Oscars, take a look at some of the most...

Graphic novel by Hayao Miyazaki to be issued in the US

Silicosis patients find themselves out of govt portal