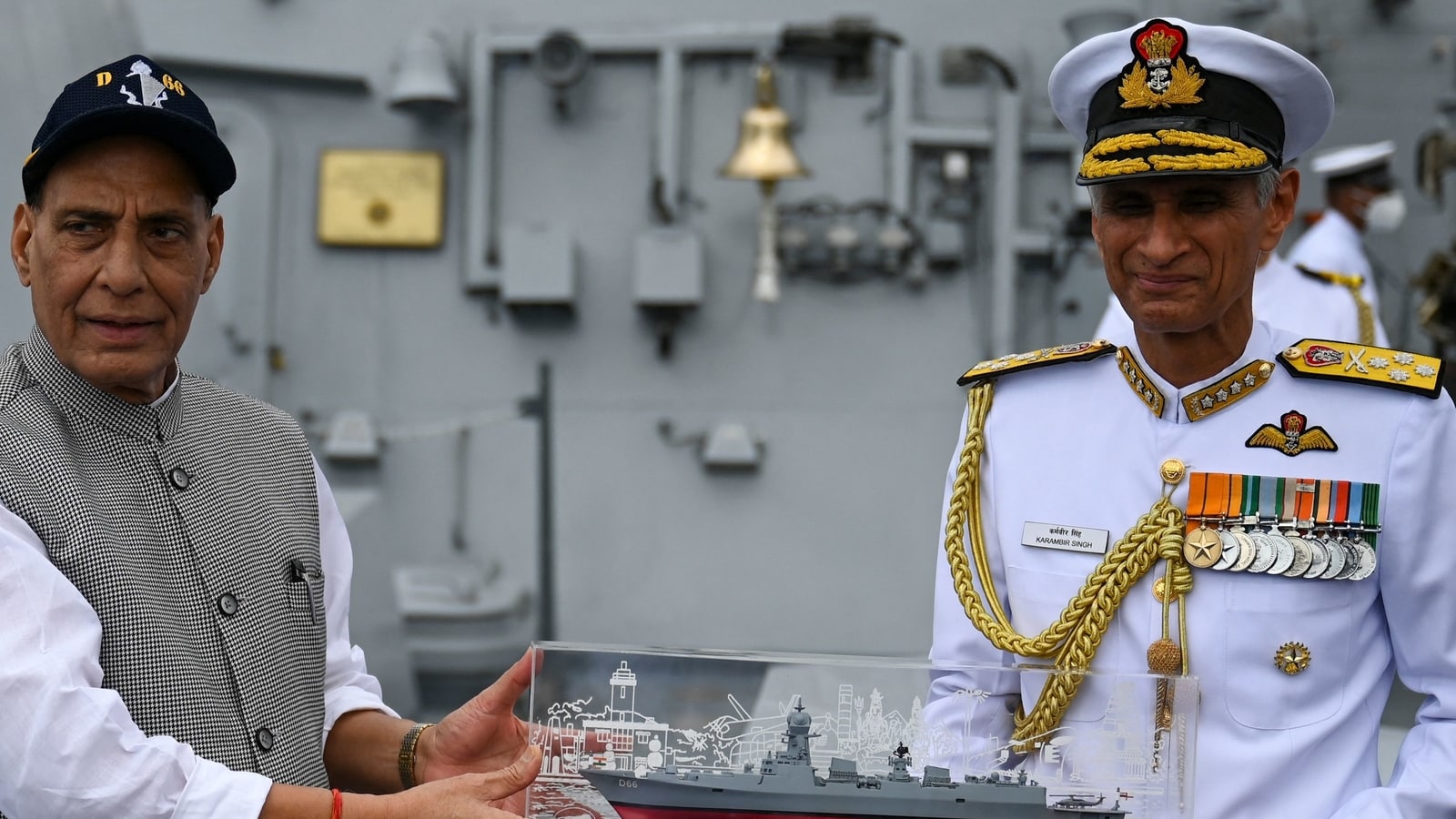 INS Visakhapatnam, the first stealth-guided missile destroyer ship of Project 15B, was commissioned on Sunday at the naval dock in Mumbai in the presence of defence minister Rajnath Singh.

Addressing the commissioning ceremony, Rajnath Singh said that with the successful commissioning of INS Visakhapatnam, there should be no doubts that India in future will not only build ships for itself but also for the entire world.

“Not just Make in India, we will also accomplish the dream of Make for the World,” the defence minister said during the ceremony.

The Centre earlier said in a statement that INS Visakhapatnam will reaffirm India’s presence amongst an elite group of countries with the capability to design and build advanced warships.

Here is what you need to know more about the destroyer ship:

1. INS Visakhapatnam was constructed using indigenous steel DMR 249A. It is among the largest destroyers made in the country and has an overall length of 163 metre and displacement of over 7,400 tonne.

2. The ship is capable of undertaking multifarious tasks and missions spanning the full spectrum of maritime warfare.

4. It also has medium and short-range guns, anti-submarine rockets and advanced electronic warfare and communication suits.

Also Read| ‘Will give fitting reply if anyone tries to occupy our land’: Rajnath Singh

5. The ship has a capacity of accommodating 312 crew members and has an endurance of 4,000 nautical miles.

7. INS Visakhapatnam comprises a very high level of automation along with sophisticated digital networks. It also has a combat management system and an integrated platform management system.

‘It’s almost like an instant replay.’ Newtown parents grapple with another...

Know Your City | ‘No rate card; people give what they...

‘Worst is behind him’: Union minister tweets as Delhi man who...

Govt amends rules of defence forces for appointment of next CDS:...