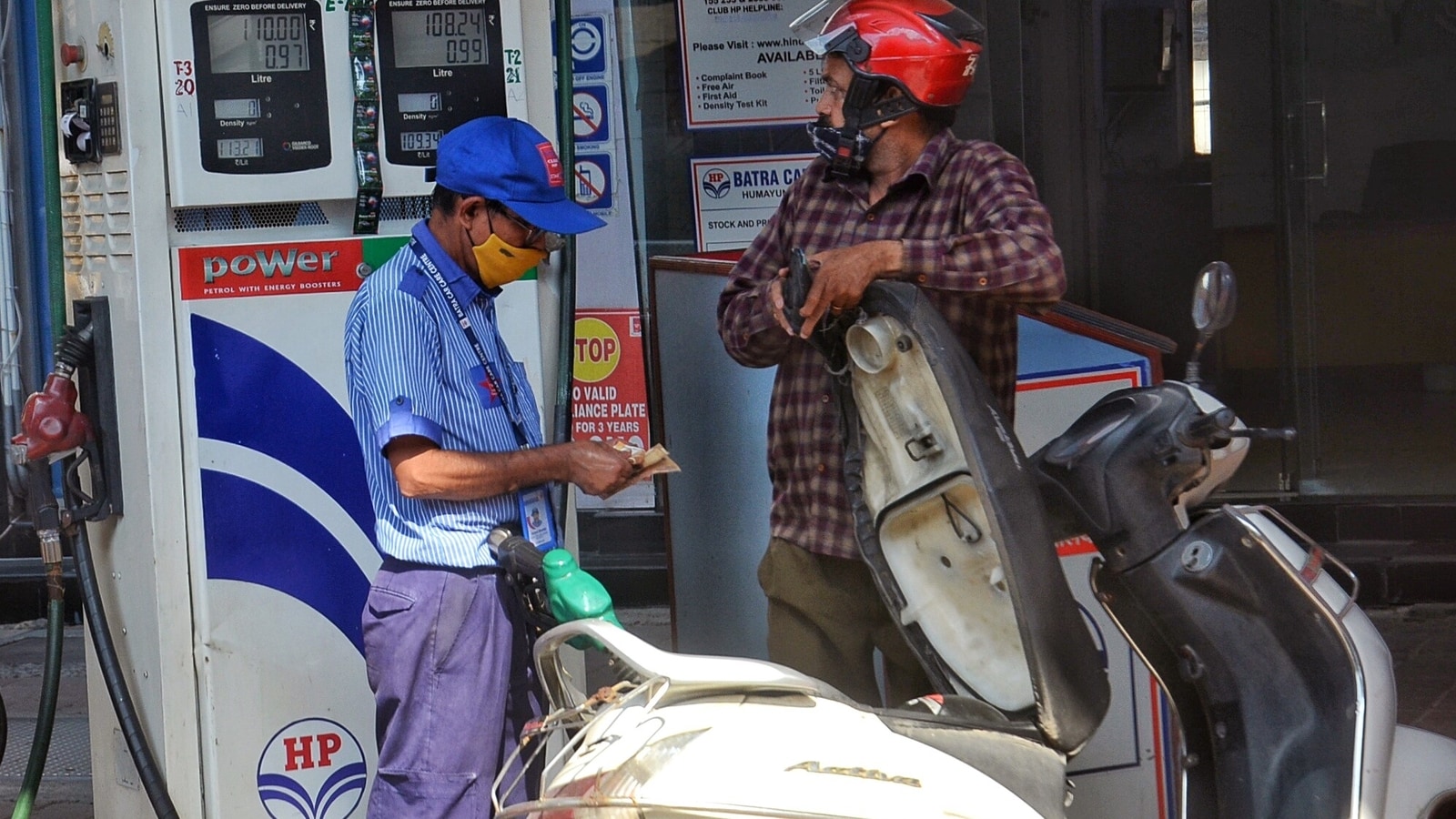 Union petroleum minister Hardeep Singh Puri said while the Centre’s move will bring a big relief for fuel consumers, the state should also reduce VAT extending further relief to consumers. Union minister and former minister of petroleum and natural gas, Dharmendra Pradhan said the decision of the Centre to reduce excise duty on petrol and diesel sets the template for the state governments to follow suit. “Concrete action from state governments will lead to a further reduction in fuel price and more relief to consumers,” he said.

While the BJP-ruled states have announced VAT cut, the Congress has slammed the Centre’s move by terming it as PM Modi’s jumla. “In year 2021, prices of petrol were hiked by ₹28 and diesel by ₹26 per litre. After losing 14 bye-elections and 2 Lok Sabhas, reducing the petrol-diesel price by ₹5 and ₹10 is tom-tommed as ‘Diwali gift’ of Modi Ji! Hey Ram…” Congress leader and spokesperson Randeep Surjewala tweeted.

“Government of India has taken a significant decision of reducing Central Excise Duty on petrol and diesel by ₹5 and ₹10 (per litre) respectively from tomorrow. Prices of petrol and diesel will thus come down accordingly,” the finance ministry said in a statement.

This is the highest-ever reduction in excise duty and rolls back a part of the ₹13 and ₹16 per litre increase in taxes on petrol and diesel effected between March 2020 and May 2020 to avoid passing on to consumers the sharp fall in international oil prices, reports said.

Based on April to October consumption numbers, the loss of revenue to the government due to the excise duty cut will be ₹8,700 crore per month. This totals to an annual impact of over ₹1 lakh crore, industry sources said. For the remainder of the current fiscal, the impact would be ₹43,500 crore, a PTI report said.

TCS collaborates with University of Kashmir to offer education, skilling and...

On Congress ‘Chintan Shivir’ agenda: How to keep in step with...

Explained: How much alcohol is unsafe, based on age

Rajya Sabha win: BJP gets a shot in the arm before...

The challenge for Middle Powers like India, France and Germany

Assam court gives death sentence to 3 for rape and murder...