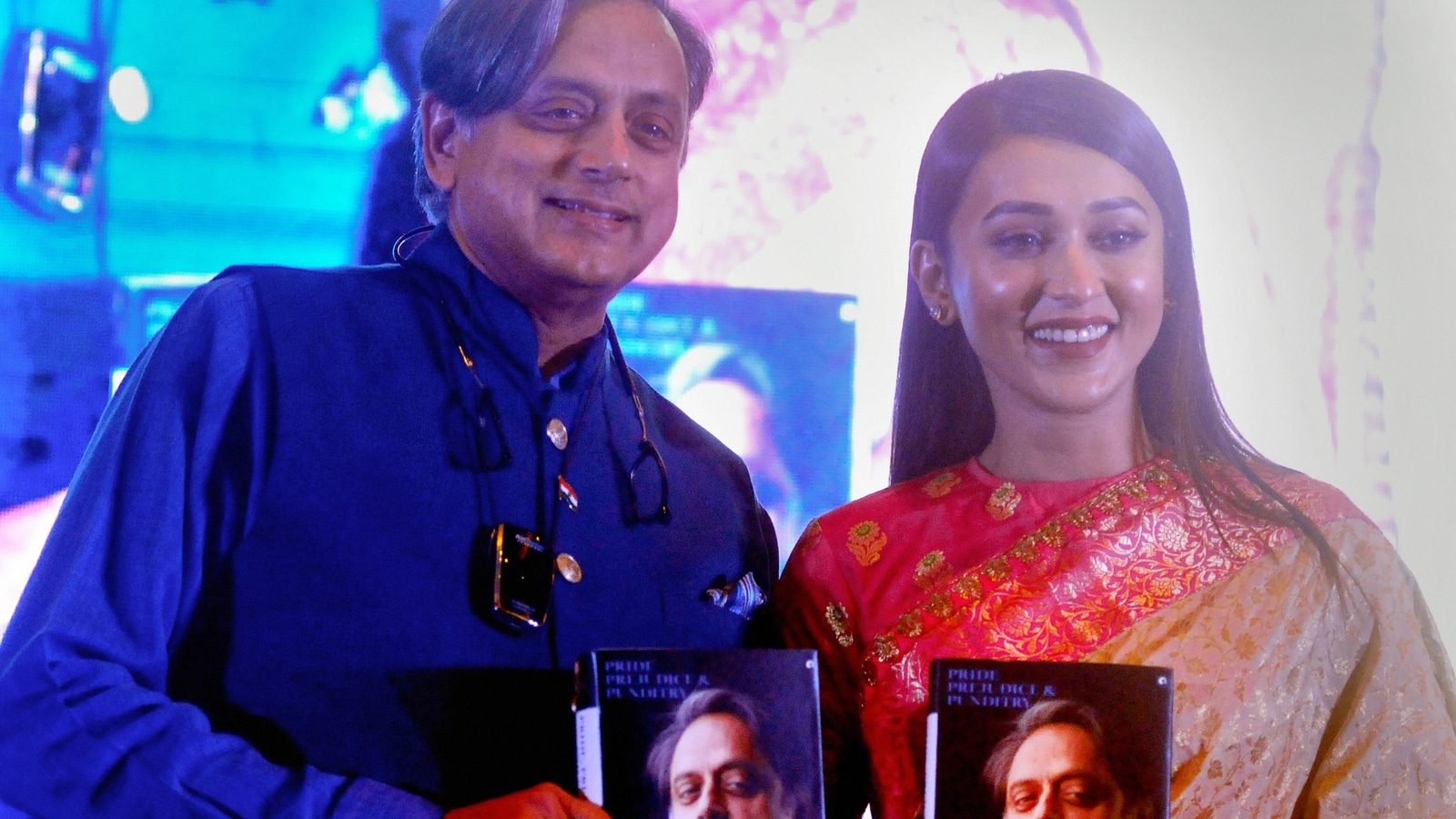 “In politics even one week is a very long time. So there is still two and a half years to go for the next Lok Sabha poll,” Tharoor said.

Congress leader Shashi Tharoor is hopeful of opposition unity against the NDA in the 2024 Lok Sabha election and believes that the murmurs in different voices will come together to defeat the BJP. “In politics even one week is a very long time. So there is still two and a half years to go for the next Lok Sabha poll. We are hopeful that those who are speaking in different voices will come together to defeat BJP. The goal is to defeat not just the BJP but also its policies and politics,” he said at the sideline of his book launch event on Saturday. Trinamool MP Mimi Chakraborty was present at the book launch event.

The assertion of the senior Congress leader comes at a time when the Grand Old Party is struggling to retain its old-timers who are crossing over to the Trinamool Congress in hoards. Trinamool Congress supremo Mamata Banerjee in her recent visit to Mumbai even questioned the existence of the UPA. “What is UPA? There is no UPA,” Mamata said pushing forward for a third front without Congress being the guardian. “Considering today’s situation and the ongoing fascism, a strong alternative force is required in the country against it. No one can do it alone. We all need a strong alternative and if someone is not ready to fight, then what can be done,” Banerjee said.

Countering Mamata’s offensive, Congress president Sonia Gandhi recently called a meeting of the opposition parties to discuss the suspension of 12 MPs in the Rajya Sabha. No invitation was extended to Mamata Banerjee.

Congress has no answer to Modi-Shah-Yogi work ethics

Take care of youth who lost eyesight: Congress to VMC

PM Modi to interact with more than 150 startups on Saturday