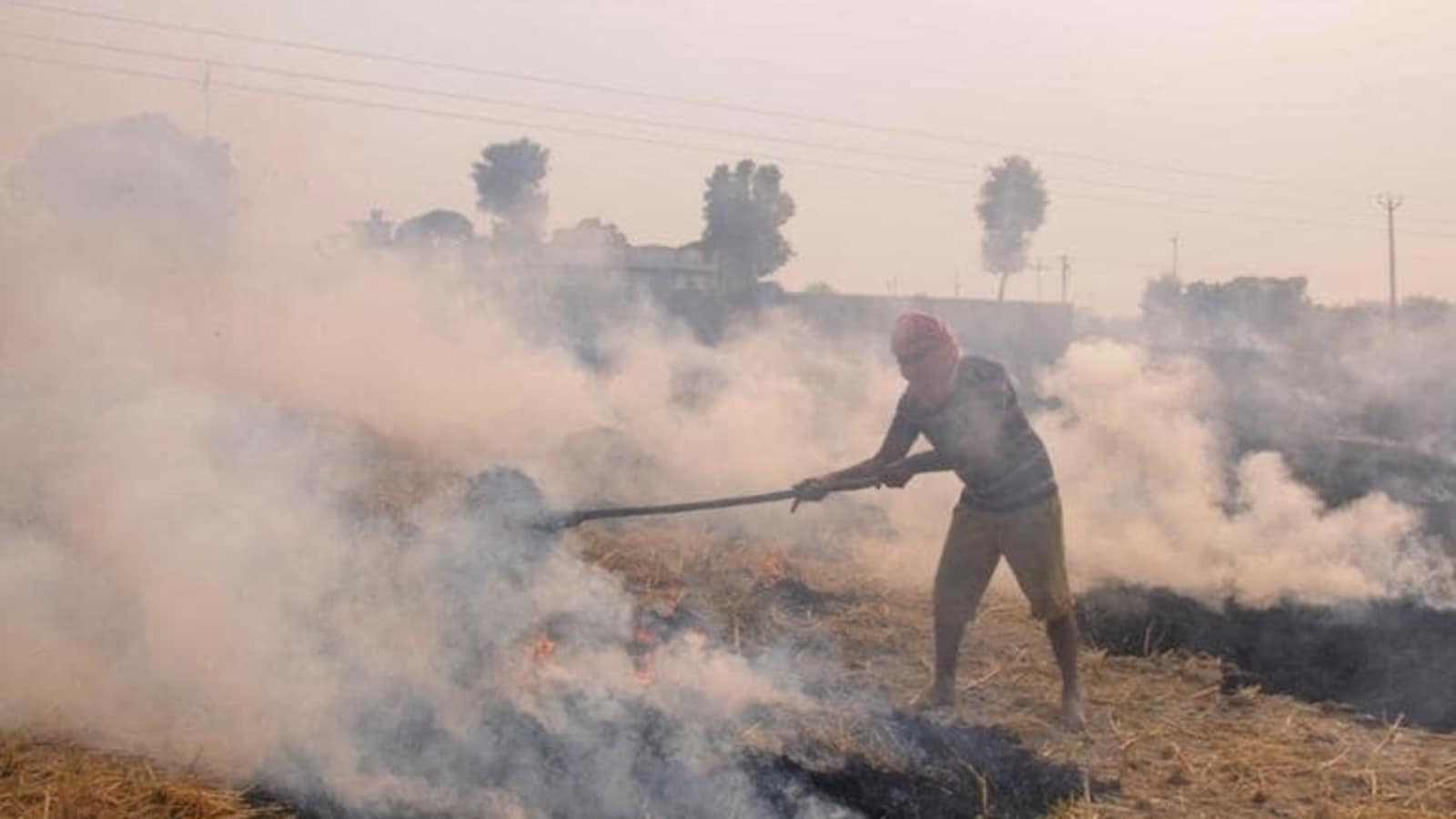 The number of fires in farmlands in Punjab this year has surpassed last year’s tally to become the highest since 2016, and taken together with the incidents recorded in Haryana, the instances recorded this month are four times that seen till the end of October.

The farm fire analysis is based on a study of VIIRS-SNP satellite data by a NASA scientist, who said that while daily numbers have begun to reduce, it is unclear whether the 2016 record will remain unbroken – and if fires continue, the threat of bad air continues to loom over Delhi.

An analysis of past air quality data and farm fires at the time published by HT on Tuesday showed that , stubble burning serves to push the AQI into the very poor (300-400) or severe (400-500) category, once winter conditions already make local pollution worse.

For instance, between October 20 and November 14 this year, Delhi’s Air Quality Index (AQI) has been in the severe zone on seven days. On each of these days, the contribution of farm fires to Delhi’s PM2.5 contribution was between 26% and 48%.

Pawan Gupta, a research scientist at the Goddard Earth Sciences Technology and Research (GESTAR), Universities Space Research Association (USRA), who carried out the farm fire data analysis, said: “While the numbers have started to dip, the daily count is still over 1,000, which is still high. This is now the second-worst year ever, but we will have to see whether this trend continues in the next two weeks or not”.

A similar analysis carried out by the Council on Energy, Environment and Water (CEEW) showed the farm fire count for the same period in Punjab, Haryana and UP has collectively touched 85,604 fires – more than 5,000 up in the same period last year. This total also is now the second-highest behind 2016, when 104,605 fires were recorded.

Haryana too continues to record alarming figures, with CEEW data showing 8,663 fires spotted from satellites between October 1 and November 16, nearly double than last year’s figure of 4,831.

“While the number of farm fires in Punjab and Haryana combined was recorded at just 20,723 until the 31st of October, it has increased four times to 82,870 in the first half of November. With the season’s close approaching, fire counts are now expected to start dipping in the coming days,” said LS Kurinji, programme associate at CEEW.

She said with Punjab’s figure now eclipsing last year’s count, there is also a need to carry out an ex-post policy analysis to identify why the figure continues to remain high.

S Narayanan, member secretary, Haryana State Pollution Control Board (HSPCB), said a majority of the area under paddy cultivation in the state had already been harvested, with very little left still. “We are tracking each district, as per CAQM’s guidelines and using the ISRO satellite numbers. Our numbers show the fire count total is only around 6,000 fires. Very little area in Haryana is now left for harvest,” he said.

“The data shows last year, the fire numbers were around 79,000 till this time, whereas the count so far according to us is 69,000. The burnt area is also lesser this year,” said Garg, stating fire count had reduced considerably in Punjab. “It is only a matter of a few days now,” he added.

Anumita Roy Chowdhury, executive director, research and advocacy the Centre for Science and Environment (CSE) said Punjab has seen a late spike in numbers this year, making it difficult to predict when the numbers will reduce. “Generally, we see a sharp drop after November 15. We will see a clearer trend by next week,” she said.

(with inputs from Abhishek Jha)

Explained: NAS basics — how the survey to assess school learnings...

Johnson hasn’t left, but jockeying to replace him has begun

Support for tie-up with regional parties grows within Congress

Caste or biradari? How ‘privilege and descent’ plays out among Indian...