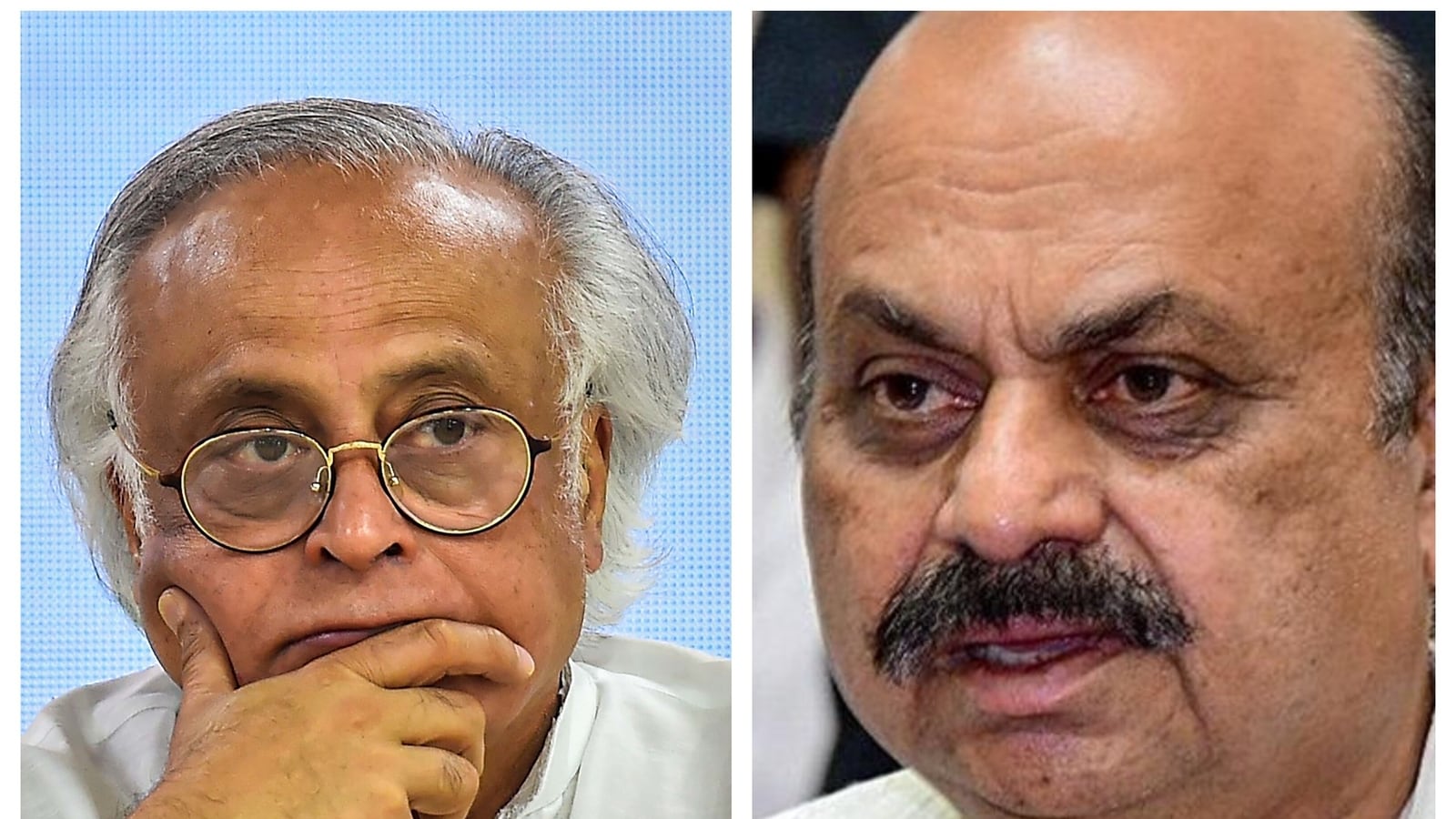 BS Bommai insulted his father SR Bommai who was a great Nehru admirer, Jairam Ramesh said. “Bommai is desperate to save his job,” the Congress leader said.

The Har Ghar Tiranga has triggered yet another controversy over a newspaper ad of the Karnataka government in which Pandit Jawaharlal Nehru’s photo has been excluded from the list of freedom fighters. Congress general secretary Jairam Ramesh said Karnataka chief minister BS Bommai insulted his father SR Bommai and his father’s 1st political guru MN Roy, who were great Nehru admirers. “CM Karnataka desperate to save his job,” Jairam Ramesh said. Also Read | Will hold history classes for those questioning RSS: Tejasvi Surya

Congress leader BM Sandeep called Bommai a ‘puppet CM’ and said Nehru was a central figure in India during the middle of the 20th century.

Nehru will survive such pettiness. CM Karnataka desperate to save his job knows what he has done is an insult to his father S.R. Bommai & his father’s 1st political guru M.N. Roy both great Nehru admirers, the latter being a friend as well. Pathetic this is. https://t.co/adpkSBVyoU

Shame on you PUPPET CM BOMMAI

Neharuwas an Indian anti-colonial nationalist, secular humanist, social democrat and author who was a central figure in India during the middle of the 20th century. pic.twitter.com/r8iTIXTUDI

This added fuel to the BJP-Congress acrimonious exchange over Har Ghar Tiranga. The congress questioned RSS for not changing its social media photos to the National Flag until it did on Friday, while BJP leader Tejasvi Surya said he will arrange history classes for those who are questioning the role of the RSS.

The Congress questioned why no special function was held in Parliament to mark the 75th year of Independence and said the milestone has been reduced to “glorifying the sarvagyaani”. To this, the BJP asked why the Congress did not post any photo of its leaders hoisting the National Flag.

GST rate hikes: List of goods and services that are expensive...

Mahua Moitra’s list of words for Parliament: ‘Amritkaal’ instead of ‘eyewash’