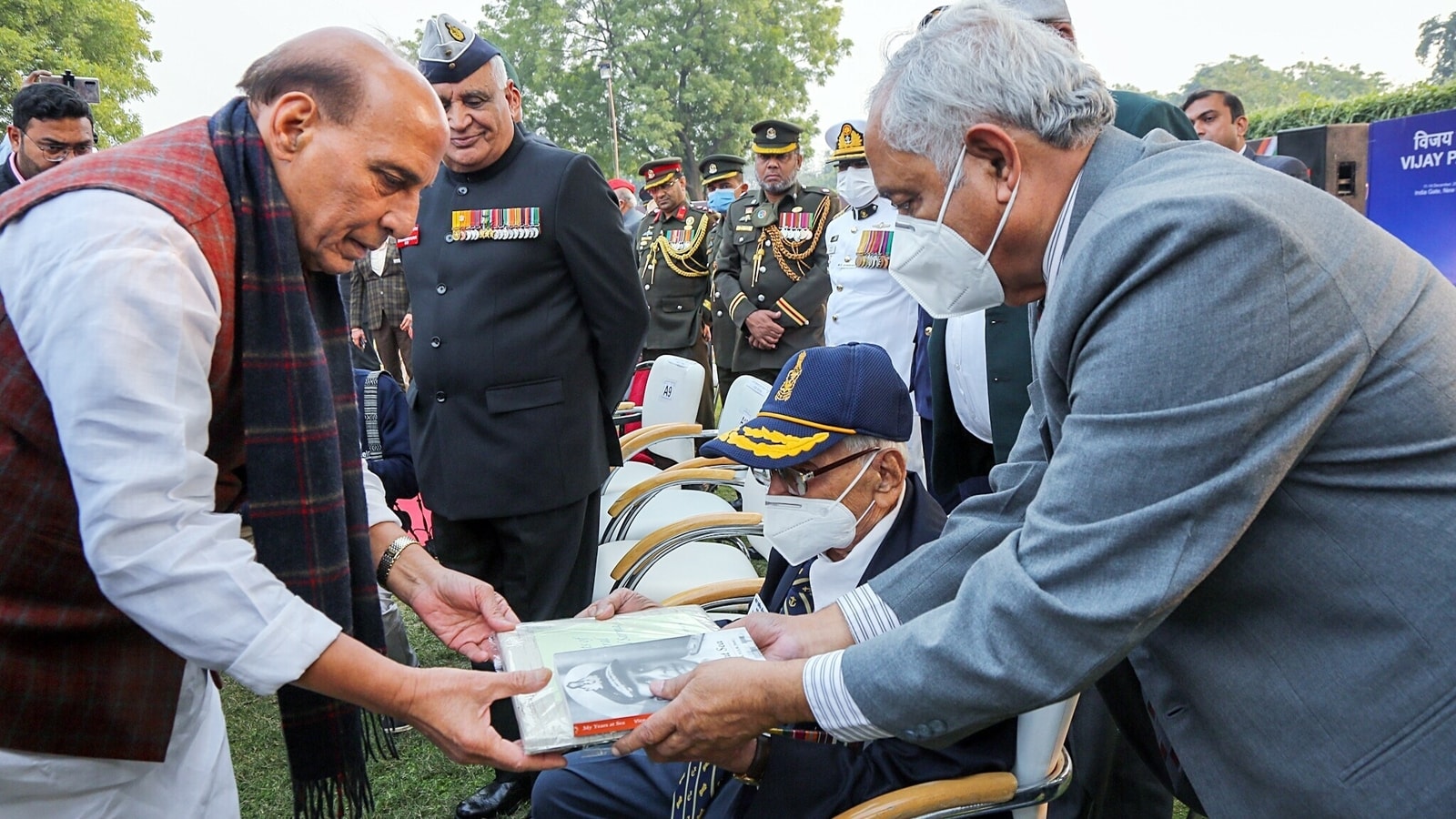 Defence Minister Rajnath Singh on Thursday issued a commemorative stamp on the occasion of Swarnim Vijay Diwas at the National War Memorial in the national capital.

Swarnim Vijay Varsh commemorates 50 years of India’s victory in the 1971 war and the formation of Bangladesh.

He also lit four flames that were to traverse along with different directions. Since then, these four flames have traversed across the length and breadth of the country, including to Siachen, Kanyakumari, Andaman and Nicobar Islands, Longewala, Rann of Kutch, Agartala.

The flames were taken to key battle areas and also to the houses of gallantry award winners and veterans of the 1971 war.

Today, during the Homage Ceremony, these four flames will be merged by the Prime Minister with the Eternal Flame at the National War Memorial.

Lt General Raju to take over as army vice chief

‘Tickets given to riots accused’: Yogi intensifies attack on Oppn

Explained: Can you split the cream in an Oreo cookie evenly?

After Rajasthan cabinet rejig, 6 MLAs appointed as advisors to Gehlot