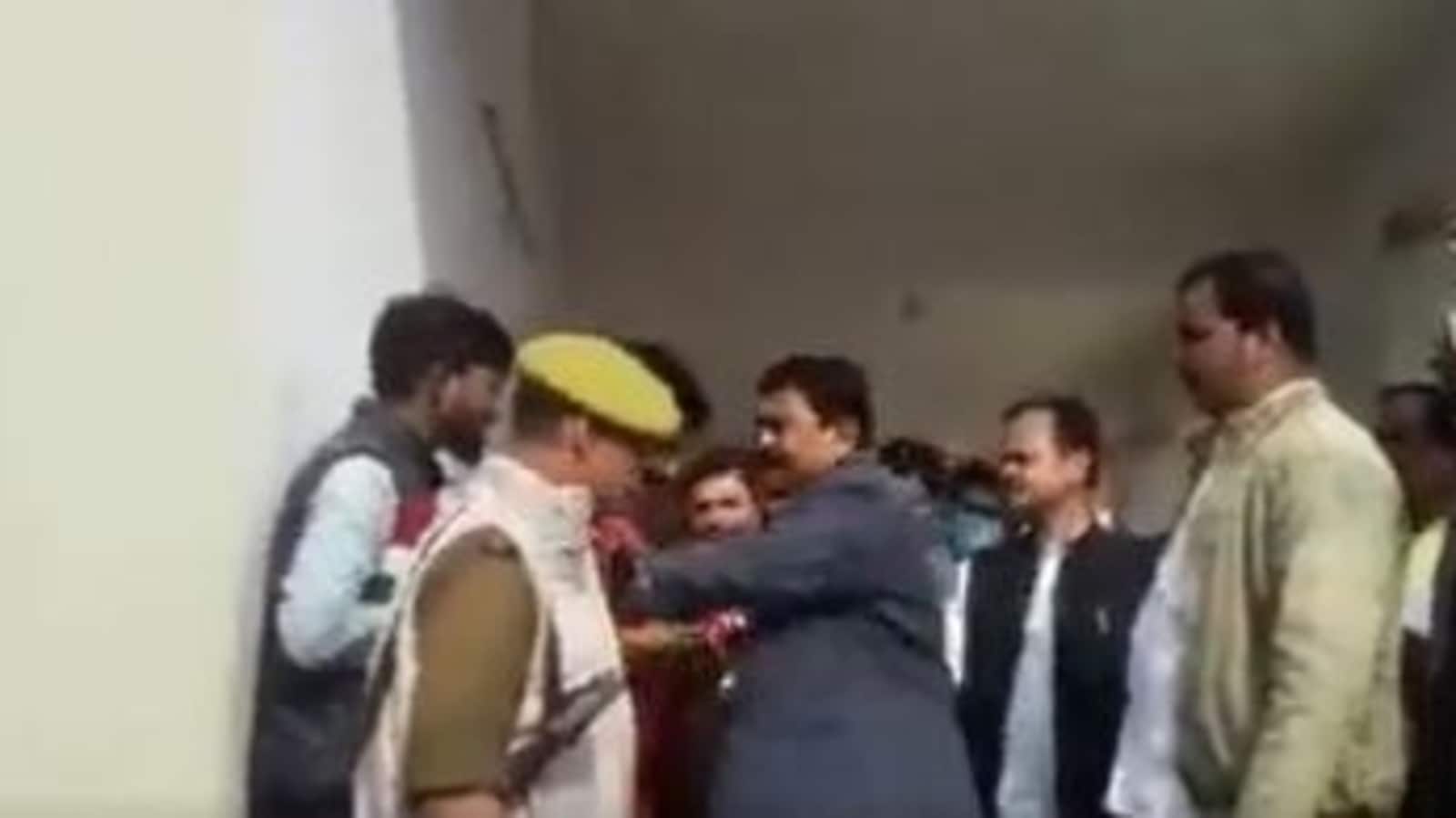 Ajay Mishra Teni was questioned on the Lakhimpur Kheri incident in connection with which his son has been arrested. The question, as seen in the video, irked the minister as he started hurling abuses on media people.

A purported video of junior home minister Ajay Mishra Teni allegedly abusing journalists on being asked about his jailed son Ashish Mishra has surfaced on social media. The interaction, according to reports, took place when the minister went to his constituency to inaugurate an event. He was questioned on the Lakhimpur Kheri incident in connection with which his son has been arrested. The question, as seen in the video, irked the minister as he started hurling abuses on media people.

As seen in the video, the minister exploded as he was asked about his son whom he reportedly visited. “There is no shame. Media people are thives who have put an accused person in jail..switch your phone off… what do you want to know,” the minister can be heard saying in the now-viral video.

The video comes at a time the Lakhimpur Kheri incident is in the spotlight with the investigators claiming that the incident was a pre-planned conspiracy. Several Congress leaders, including Rahul Gandhi, moved an adjournment motion in Parliament demanding Ajay Mishra’s removal.

“It has been said that it (Lakhimpur Kheri incident) is a conspiracy. It obviously is. Everyone knows whose son is involved. We want the minister (MoS Home Ajay Mishra) to resign. We want discussion in Parliament, but Prime Minister refuses. They are making excuses,” Rahul Gandhi said.

The vehicle which ran over protesting farmers in Lakhimpur Kheri on October 3 belonged to Ashish Mishra, son of the minister of state. Ashish Mishra is in jail and the investigating team probing Lakhimpur Kheri violence has said that the incident was a pre-planned conspiracy.

The special investigation team which is probing the Lakhimpur Kheri violence said the evidence gathered so far does not indicate that it was an act of negligence or carelessness. Based on their finding, they filed an application to add new sections against the accused under charges of attempt to murder.

BJP fooling traders in the name of tax rebate: AAP

SC denies appeal against protection from arrest to Suvendu Adhikari