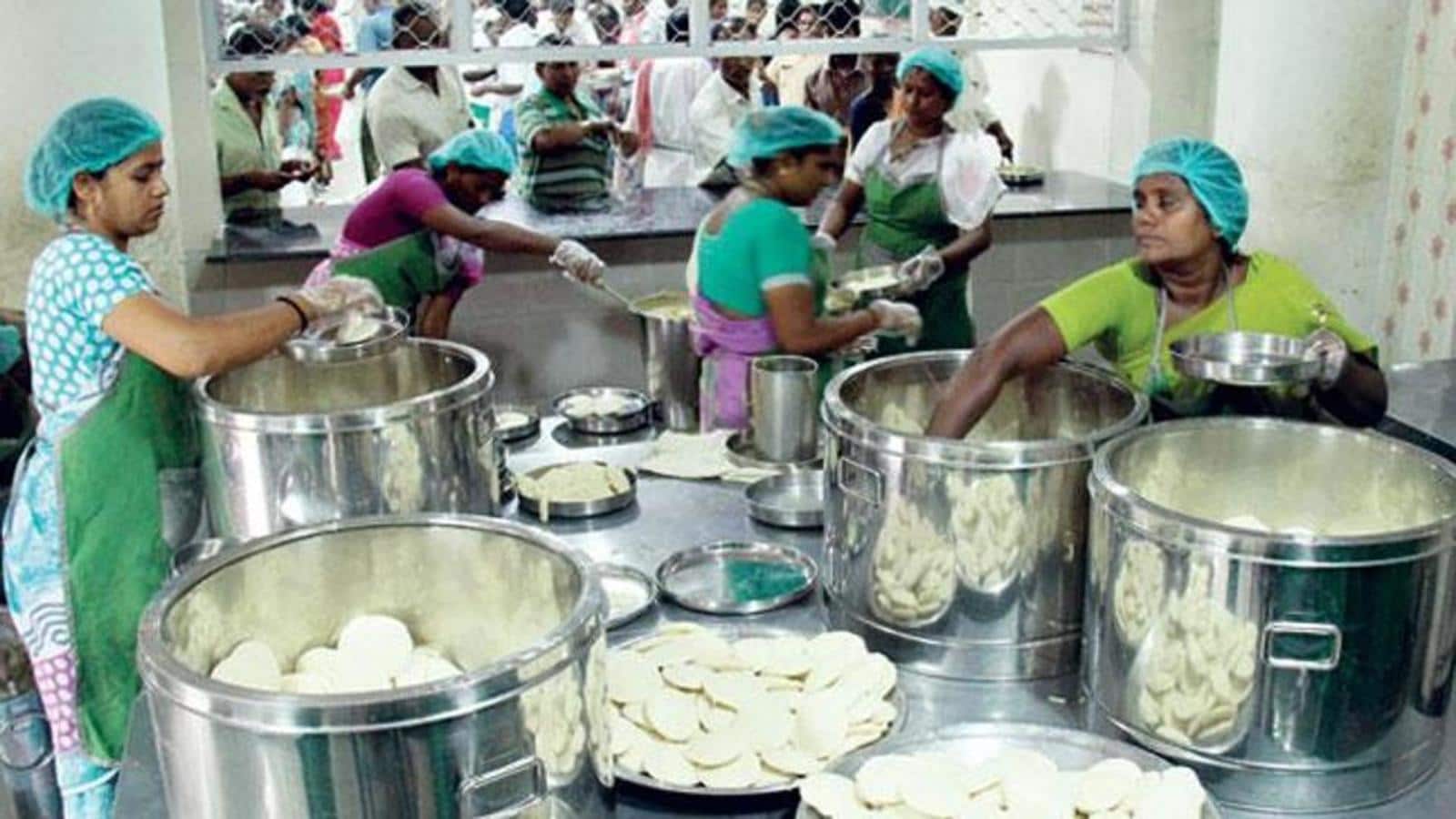 The flagship Amma Canteens have withstood several challenges, including the Covid-19 pandemic, since the death of former Tamil Nadu chief minister J Jayalalithaa, after whom the food service was named. However, the ruling Dravida Munnetra Kazhagam’s (DMK) announcement to launch 500 ‘Kalaignar’ canteens, named after late leader M Karunanidhi, the Amma Canteens have been under serious threat.

Many of products named after Jayalalithaa (her cadre call her Amma, which means mother in Tamil) such as Amma pharmacies, Amma clinics, Amma cement, Amma water are under the scanner after the DMK formed the government in May as Tamil Nadu’s history shows both the Dravidian parties have struck down each other’s schemes after coming to power.

Though the DMK ensured that they do not want to meddle with the Amma Canteens, and even removed party cadre who attempted to vandalise these canteens soon after they came to power, the story inside is quite different, with women from self-help groups, who run the canteens, experiencing indirect pressure to quit. “We were 13 people working in this canteen in the morning and evening shift together, and five people have been shown the door now,” said a woman worker, who has been working in a Chennai canteen for 6 years and didn’t want to be identified.

“They have cut down on the staff strength and our salaries. We used to earn a monthly salary of ₹9000 and in the past two months they have cut it down to ₹5,700. When we asked the canteen authorities about this, they said that it was due to sales being down.”

A senior official of the Greater Chennai Corporation who did not wish to be identified admitted that they have had a man-power restoration. “We have not put anyone out of jobs. In some canteens, there are excess staff like 20 people and there isn’t work commensurate for that. We have only moved them to other canteens where more people are required because we are setting a benchmark for how many people are required in a canteen depending on its sales,” the official said. “The overall sales have not dropped. But in certain canteens where the work is less because sales are less, the number of working days are reduced and they are paid a wage per day. We have not cut their salaries.” The worker quoted above said that her working days have been reduced to 18 days from 30 days and they are paid ₹300 per day. The number of employees in each canteen is dynamic ranging between 12 and 25.

Chennai presently runs 403 canteens. “None of the canteens have been closed. Daily about 1.75 lakh people visit the canteens. And our daily sales is approximately ₹5.75 lakhs,” the official said. According to the state government, around ₹3.5 lakh is being spent per month to run a kitchen in the Amma canteen. From June this year up to November 18, more than 20.15 million people have been patrons of the Amma canteens. Amma canteens provide one idly for ₹1, pongal for ₹5, variety rice (sambar rice, curry leaves rice and lemon rice) for ₹5 a plate and curd rice for ₹3; for dinner two 2 chapatis with dal are priced at ₹3. Women from self-help groups are employed in these canteens. The canteens also provide food for free during floods and Covid-19 lockdown. Chief minister M K Stalin announced earlier this month to offer free food until the end of the northeast monsoon season that flooded several parts of Tamil Nadu.

Officials from Egypt, Rajasthan, Karnataka, Delhi, Gujarat and Maharashtra have visited Amma canteens in Chennai in the past to emulate the pro-poor scheme in their states. So, when the DMK announced 500 more Kalaignar canteens, opposition leader AIADMK’s O Panneerselvam was quick to react that this was an attempt to overshadow the Amma canteens. To be sure, the government has said that both will co-exist and that Kalaignar canteens will look to cover places where there are no Amma canteens.

However, the AIADMK and its faction Amma Makkal Munnetra Kazhagam (AMMK), led by expelled leader V K Sasikala’s nephew TTV Dhinakaran with her supporters, have been accusing the DMK of trying to halt these schemes. The ruling party has refuted it all.

The former chief minister and current leader of opposition Edappadi Palaniswami in November accused the DMK government of destroying and “destabilising Amma brand of schemes” and he added that there were reports of winding up of Amma pharmacies that has been helping the public to avail medicines at a discounted price. In response, the state’s cooperative societies department, which runs the pharmacy outlets, said that they have increased the number of Amma Pharmacy outlets from 126 to 131. The department said that they have not shut any pharmacy after assuming charge and that it’s a ‘wrong allegation’. The 131 Amma Pharmacies have sold medicines to the tune of ₹44.88 crores in the current fiscal up to October 31, said the officials. Besides this, the state also runs 174 cooperative medical stores where poor people can avail 20% discount.

Just a few days ahead of this controversy, Tamil Nadu chief minister M K Stalin launched a new brand of cement named Valimai (strength), to be manufactured by the Tamil Nadu Cements Corporation (TANCEM) at a subsidised rate. Valimai is the second brand from TANCEM, which has been selling cement under the name Arasu. The previous AIADMK regime launched Amma cement. “Arasu cement was named as Amma cement, and it will be there,” clarified industries minister Thangam Thennarasu at that time.