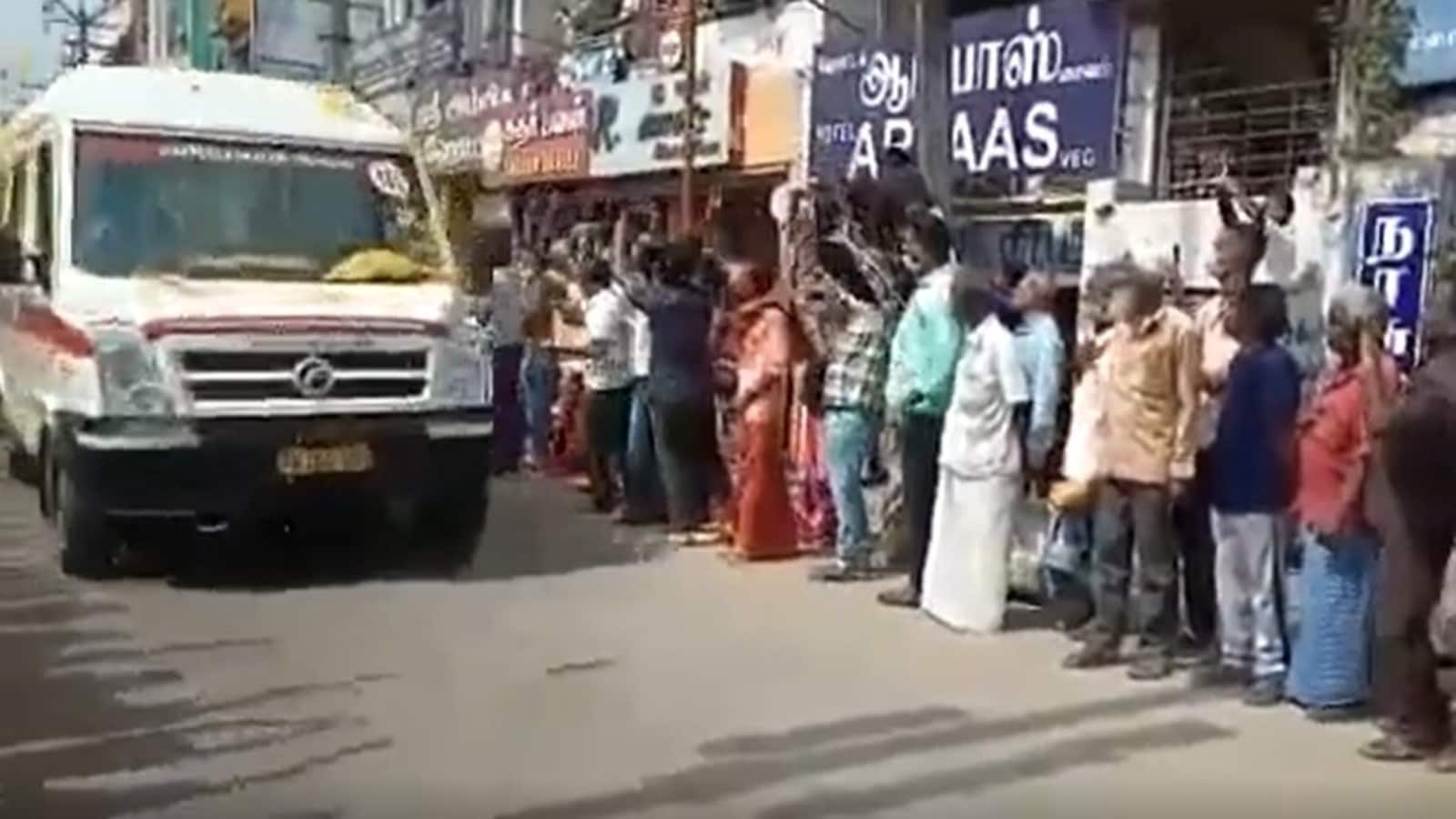 Locals in Tamil Nadu showered flower petals on vehicles carrying the mortal remains of Chief of Defence Staff Bipin Rawat, his wife and other security forces personnel who died in the helicopter crash on Wednesday. In a video shared by news agency ANI, locals can be seen chanting slogans and showering flower petals on the ambulances carrying the mortal remains of the deceased while they were on their way to Sulur airbase from Madras Regimental Centre in Nilgiris district. The tribute continued as the vehicles arrived at Sulur airbase.

All 13 bodies will be brought to New Delhi in an Indian Air Force C-130J Super Hercules transport aircraft, reported ANI citing people familiar with the matter. The report suggests that four bodies, including that of Gen Rawat, his wife Madhulika, and Brig LS Lidder have been positively identified.

On Thursday, the Indian Army said the severity of the crash has made it difficult to positively identify the bodies, adding that all measures are being taken considering the sensitivities and emotional well-being of the loved ones. It further stated that assistance of close family members will also be taken in addition to scientific measures for positive identification of the mortal remains.

Explained: Elon Musk joins Twitter board. What does it mean for...

On Ukraine war, foreign minister to make a statement tomorrow in...