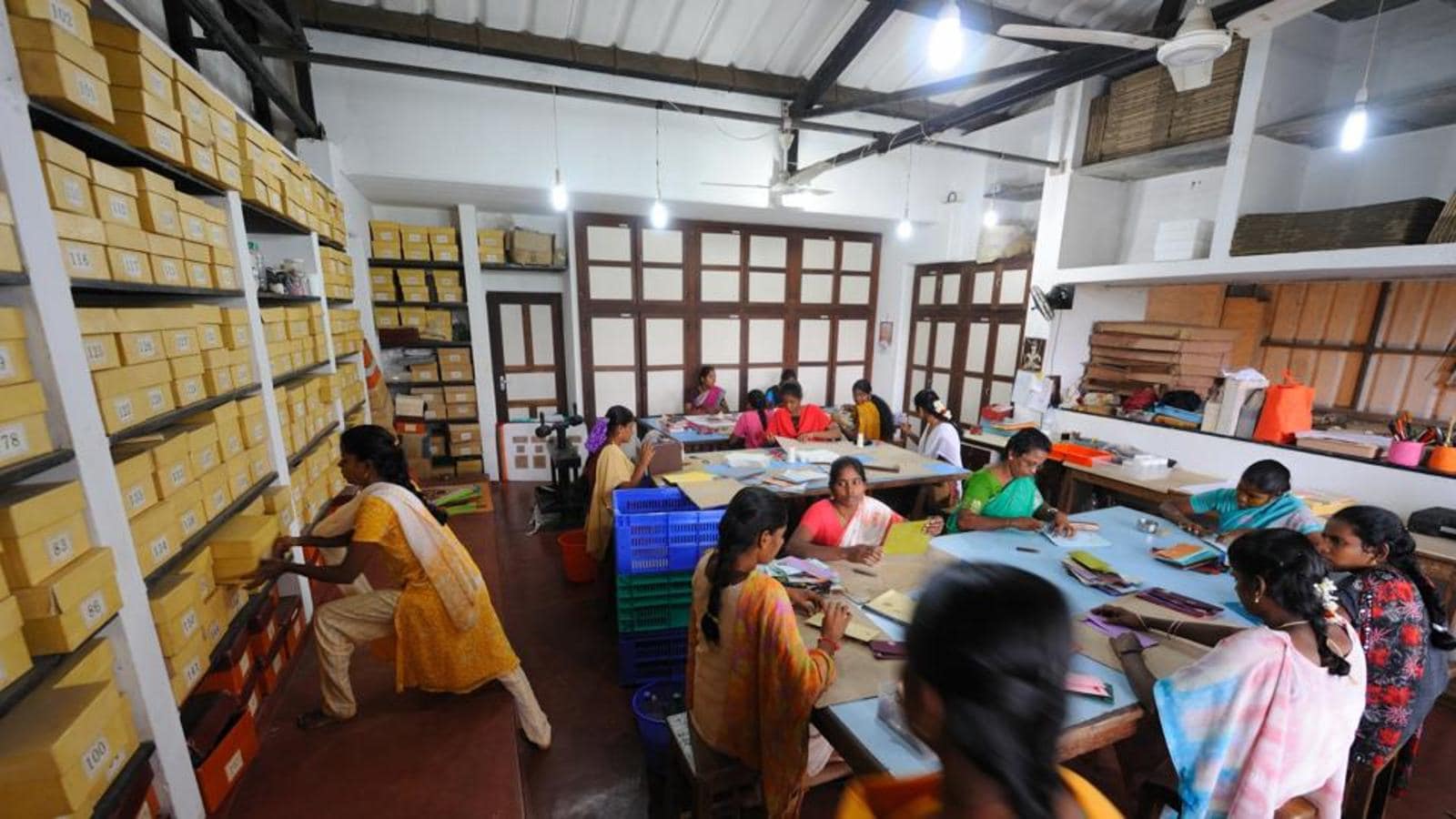 While participating in a gram sabha in Madurai district on Gandhi Jayanti, October 2, Tamil Nadu chief minister MK Stalin took a pledge that he will give due respect to women and children, their rights as equals, and will not engage in sexual harassment or any kind of gender violence.

Now, the draft of his government’s new policy for women talks of providing jobs to about 10,000 women, who left work to take care of their families, by upgrading their skills, and a menopause leave for all women workers.

According to officials, the government plans to reach out to 10,000 women, who have quit jobs for raising their family and due to lack of mobility, and help them in a second career entry.

Household surveys will be conducted to estimate gender inequality within homes.

Tamil Nadu’s policy comes at a time when several studies across the world show that the Covid-19 pandemic has disproportionately affected women as they have dropped out of the workforce, setting them back in their careers and cornering them into reinforced gender roles of care giving.

The state policy, a first of its kind, comes 20 years after the central government had adopted the National Policy for Empowerment of Women in 2001. The policy’s core idea, according to the draft, is that women should have the “power to control their own lives, both within and outside the home” and “create an equitable social and economic order” ensuring social justice which is also central to the ruling DMK’s Dravidian ideology which has diluted over the years.

“It reflects a wide range of concerns and contemporary feminist policy debates,” says Swarna Rajagoapalan, political scientist and founder of Prajnya that advocates for women’s rights. “Notable is the concern about low female labour force participation, reflected in many provisions relating to re-entry and re-skilling. I’d say that the drafting committee was really concerned about women’s labour force participation and the loss of talent through women exiting for all these reasons.”

According to the policy, the rural and urban female labour force participation rate (FLFPR) in Tamil Nadu is 35.1% and 23.6%, which is higher than the national average by 15.4% and 7.5%, respectively.

“Tamil Nadu has the second-largest state economy in the country, with strong and consistent economic growth averaging about 8.5% since fiscal year (FY) 2006. Women’s contribution in the paid economy is significant,” the draft policy says.

The policy notes that women’s effective participation in the workforce and their transition to formal employment opportunities remain a challenge.

“The policy notes that women leave the workforce for personal reasons as well as because of infrastructural failures,” says Rajagopalan. “The provisions relating to public transport (reserved seats, on-off boarding between stops and provision for storing the work paraphernalia of informal workers) are practical remedial measures. The attention to re-skilling and re-entry after career breaks mirrors a private sector concern of recent years. The policy notes the tendency of women to work for a few years and leave after marriage and suggests acquainting them with options at such a point.”

The state’s policy is meant to offer financial and accommodation support for skill training to girls in any subject of their choice. It includes entrepreneurial training. “The State shall open opportunities for women and girls for upskilling especially those who had a career break,” the policy says.

The state is also looking at ways for integration of technical skills in the curriculum along with providing incentives to pursue courses that will smoothen the transition from education to work for adolescent girls in vulnerable communities. Skill training in terms of upskilling and reskilling courses is being pondered for allowing women for lateral entry at a higher level after a career break.

But Rajagopalan points out that though the policy draft mentions ‘Internal Committees’ in its discussions about work, it does not address the challenges of informal workers in accessing functional local committees, mentioning them just once. “This is a notable oversight for a policy so invested in enabling women’s livelihoods,” she says.

The policy has a radical element– menopause leave for all women. A factor not talked about much but a 2019 survey by a London-based association for human resource management professionals pegged that almost 900,000 women in the UK left their jobs because of menopausal symptoms reducing productivity.

Tamil Nadu’s policy combines concerns about women’s health and work. The menopause leave can be clubbed with the one-year maternity leave, the policy says.

“Women who have not availed the entire maternity leave can have the option of availing menopause leave during their career which will not extend beyond the maximum combined limit of one year.” Without mentioning period leave, the policy says that women will be eligible for sick leave category besides the casual leave for any 2 consecutive days per month which is compensatory. “This shall be applicable till attain the age of menopause,” the policy states.

The policy is a 10-year plan for its present 3.2 crore women population who out numbers the male electorate in Tamil Nadu. The DMK began indicating that it will focus on women when it promised a cash dole of ₹1000 for women-headed households and when they formed the government in May, the name of this department anchoring this initiative was renamed from Social Welfare and Nutritious department to Social Welfare and Women Empowerment.

The policy was drafted by an eight-member team which includes five women. It has broadly adopted WHO’s RESPECT women framework for prevention of violence against women and girls.

“I see this draft policy with a holistic approach where it talks about intersectionality and gender sensitive approaches to be considered in the planning phase rather than adding any component to an existing scheme,” Sandhiyan Thiyagaran, founder of AWARE (Awareness for Women to Advocate their Rights and Empowerment) India.

He says there are significant initiatives to address gender-based violence but he draws a few caveats. “Educating girls on adolescent sexual health & reproductive rights, talking about relationship awareness seems is empowering one gender without including the other (boys and men) who have predominantly been perpetuating these issues and also been victimized to perpetuate the same. We need to focus on boys on these aspects,” says Thiyagarajan.

A senior social welfare and women empowerment department official said the draft has been in the making for two months. “We are creating a strong base for the government to cover women in all stages of their lives,” the official, wishing not to be identified, said. “The policy will be flexible to change as we go forward.”

The department is also planning to release this in Tamil having received several requests. The deadline for the public to submit their suggestions is January 31. A committee headed by the directorate of social welfare has been constituted to study feedback and modify the policy accordingly. It will then be sent to the state government to hold further consultations with various departments that are involved in matters concerning women such as health, education and Adi Dravidar welfare department. The official said they were yet to decide on how to mobilise funds to implement the policy.

20 arrested after accident, assault lead to clashes, vandalism of vehicles...