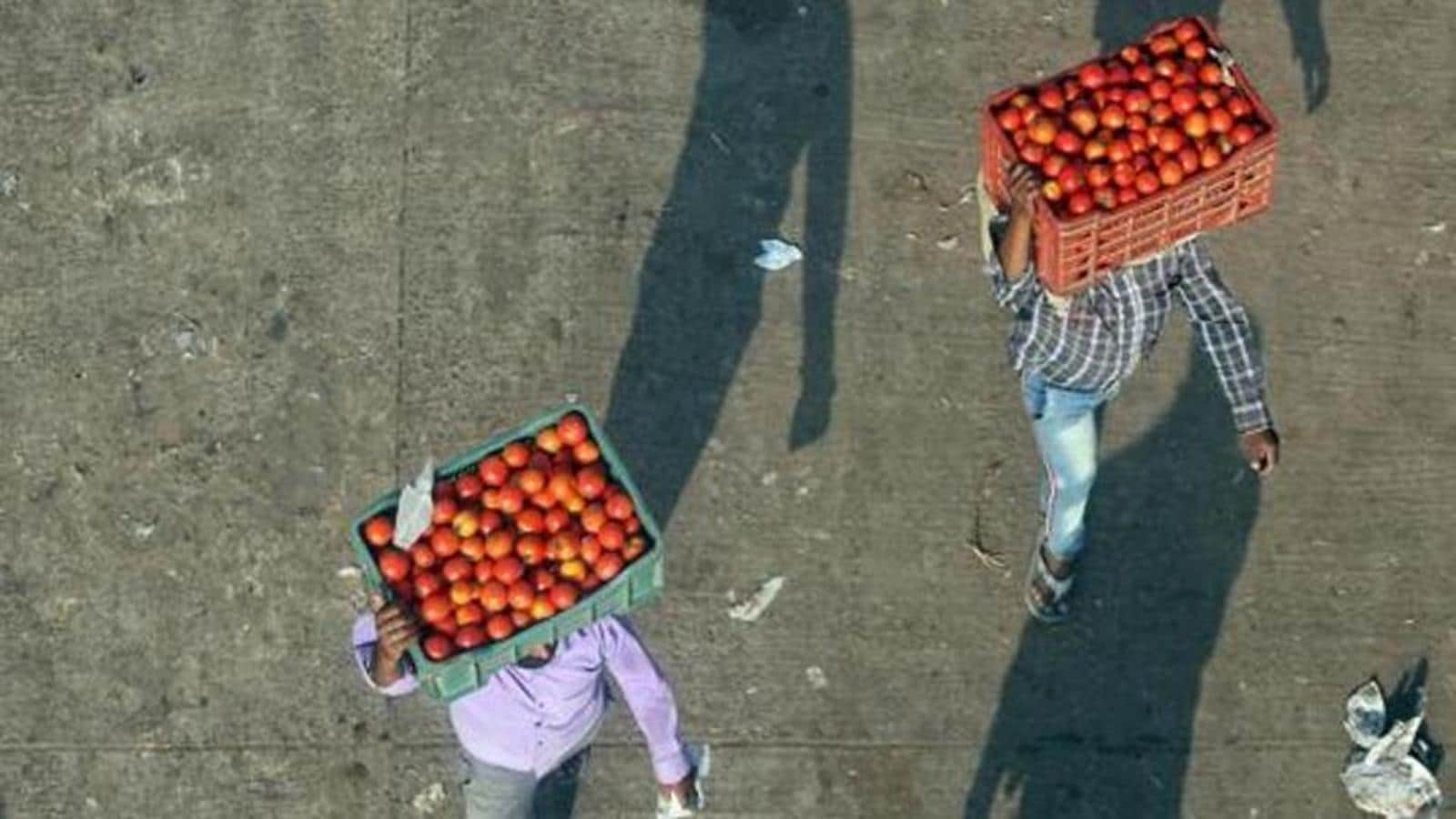 Chennai: With tomato prices soaring due to the north east monsoon downpour, the Tamil Nadu government has started the process of selling tomatoes between a price range of ₹85 and ₹100 per kg through state-run farm fresh outlets in 12 districts including Chennai from Wednesday. The state cooperatives department said in a statement that they are procuring 15 metric tonnes of tomatoes every day for this purpose. “The government is making efforts to supply tomatoes at a lower price to the public. Until this afternoon, 8 MTs of tomatoes were sold in these markets,” minister for cooperatives I Periyasamy said in a statement. “Until Tuesday, a kg of tomatoes in the open market was ₹140, and due to this move by the government, today it is around ₹90-100 per kg. Similarly the prices of other vegetables have also come down.”

On Wednesday, Chennai’s main wholesale market saw tomatoes selling for ₹120 per kg while in other markets it has touched ₹140. Tamil Nadu primarily receives its tomatoes from two regions in Karnataka and three regions in Andhra Pradesh, says advisor to the Koyambedu Wholesale Vegetable Traders, V R Soundararajan. “Usually, during the north east monsoon, there will be a gap in the rains in the various parts of Tamil Nadu. But this time, there is heavy rain in all the southern districts at the same time. We have not experienced a situation like this in 30 years,” says Soundararajan.

Soundarajan said that it was not just tomatoes that were being affected. “Tomatoes, brinjal, ladies finger reach Koyambedu from Andhra Pradesh and Karnataka and because of the rains, the crops are damaged, transport is affected so our supply has dwindled,” he said. After tomatoes, the vegetables that cost the highest per kg in the retail market are ladies finger ( ₹80), beans ( ₹71), brinjal ( ₹72).

K Pushparaj, a small vendor who supplies fruits and vegetables door-to-door said that he has stopped purchasing tomatoes from the wholesale market. “Tomatoes have become a luxury for some so a few residents have stopped buying it,” he said.

The prices have been steadily increasing since the arrival of the north east monsoon in the state in October and have skyrocketed since heavy spells of rain caused severe damage and havoc in Chennai, delta districts and southern districts. Between November 6 and 7 and on November 11 Chennai received 21 cm and 16 cm respectively. From October 1 to November 18, Chennai and Tamil Nadu received 66% and 61% of excess rainfall.

Intense cold wave across Kashmir; Gulmarg coldest at minus 10.4 degrees...

No testing required for asymptomatic contacts of Covid patients: ICMR