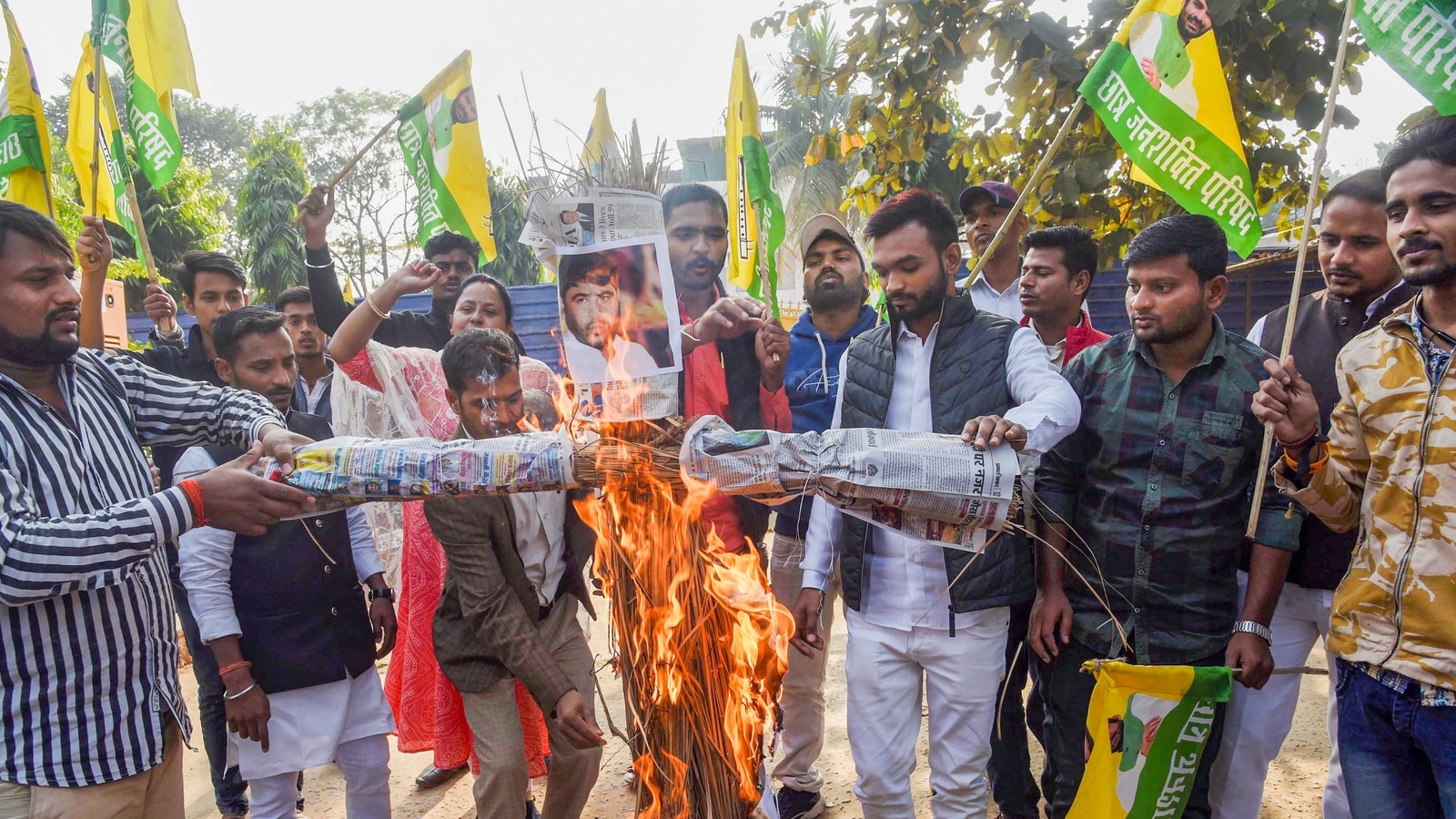 Accusing Tejashwi of doublespeak, Sadhu said that the RJD leader should seek votes from the Christian community in Kerala and Chandigarh.

“Tejashwi wants the vote of Yadavs in the election but has married a Christian. He should now go to Chandigarh and Kerala and seek votes from the Christian community. There is nothing left for him in Bihar,” said Sadhu Yadav.

The disapproving remarks and apparent objection over marrying a Christian girl didn’t go well with Tejashwi’s siblings who targeted Sadhu on social media, calling him a murderer and “Kansa mama”, a villainous figure in Sanskrit epic Mahabharata.

Tej Pratap shared the images of Sadhu’s effigy being burnt by Chhatra Janshakti Parishad, RJD’s student wing, and dared his uncle to stand straight in front of him.

In another tweet apparently aimed at Sadhu Yadav, Tej Pratap said in Bhojpuri that the “elderly” should stay within his limits.

Tejashwi’s sister Rohini Acharya, who lives in Singapore, said Sadhu has proved that ‘Kansa’ still exists in this society.

Following the tweets, Sadhu said Tejashwi is free to marry whoever he wants but there’ll be serious repercussions if Lalu Prasad and Rabri Devi, both former Bihar chief ministers, “don’t control their children.”

“These people have been mentally torturing me for 10-12 years. You (Tejashwi) are free to marry whoever you want, I’ve no objection… There’ll be serious repercussions if Lalu Ji or Behan Ji don’t control their children,” the Bihar politician told news agency ANI.

BREAKING: Fuel prices hike for the 13th time in 15 days

Who is Margaret Alva, the opposition candidate for vice-presidential polls?

Jahangirpuri violence: No one will be spared, says Delhi Police Commissioner...