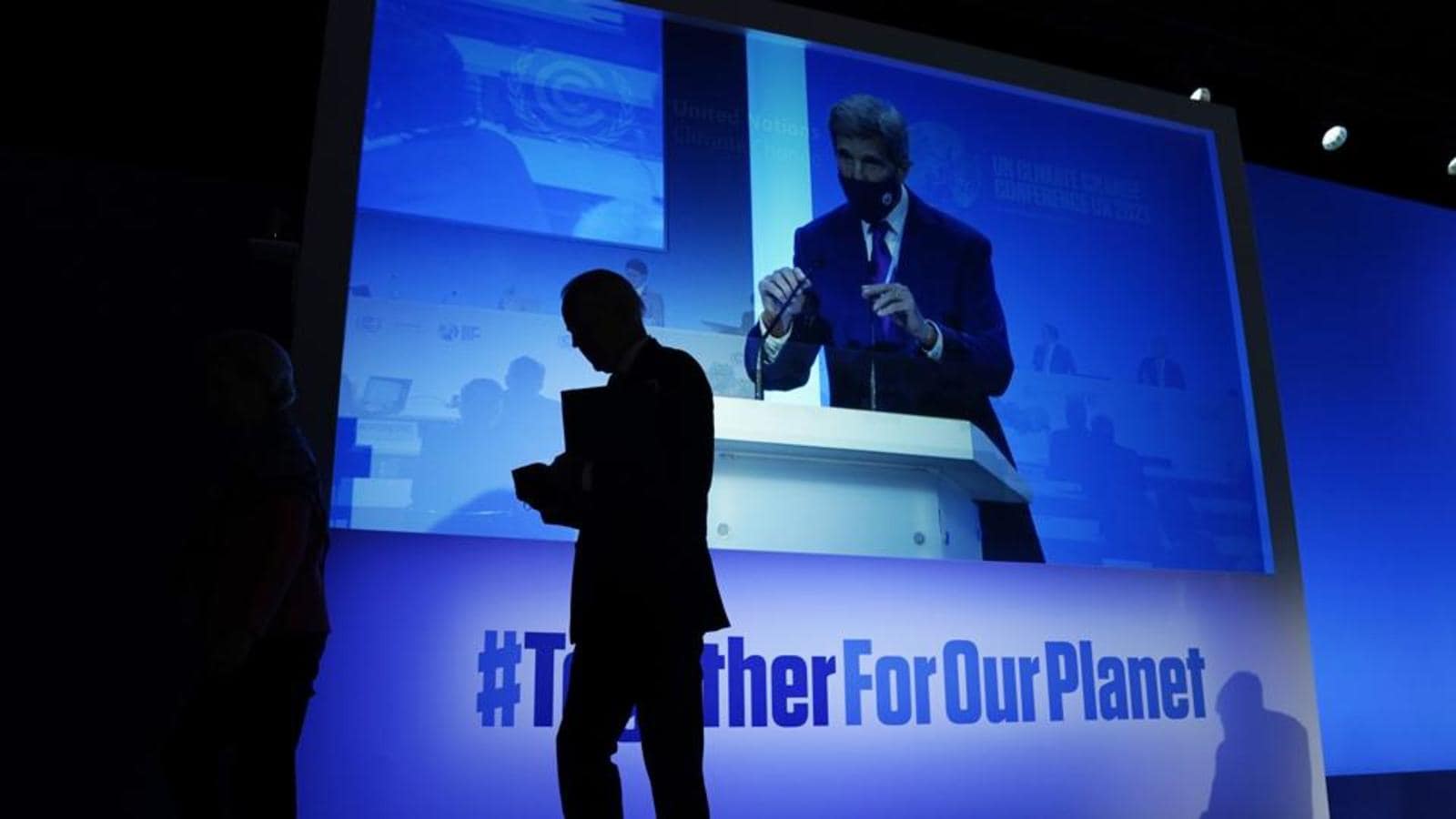 Ahead of week 2 of climate negotiations, The Energy and Resources Institute (TERI) launched a COP26 Charter of Actions on Saturday for an equitable and ambitious outcome at the Glasgow climate change conference. The charter underlines that “cumulative CO2 emissions of countries since 1850 should be guiding climate mitigation action”.

The global “goal post” should not only shift to ‘net zero’ but ‘net negative’ by mid-century for developed countries to keep global warming under 1.5 degrees C over pre-industrial levels, the charter supported by Bloomberg Philanthropies, Shakti Sustainable Energy Foundation, TATA Cleantech Capital Limited and the Rockefeller Foundation, said. The Indian government has maintained the same position at COP 26.

“At 1.9 tonnes, India’s per capita emission is less than half the world average and the lowest among G20 countries. India has low per capita emissions but will be an important player in terms of normative and entrepreneurial leadership when it comes to mobilizing national and international climate actions,” the charter states.

The charter suggests that India focus on agroforestry to improve its carbon sinks. Trees outside forest (TOF) form nearly 38% of the carbon sink in the forest and tree cover of the country. Agroforestry has a huge potential in India and can contribute more than 2 billion tonnes of CO2 emission by 2030 if the government puts in place appropriate incentive mechanisms for farmers or producers, the charter said.

A senior official of the Indian delegation said “developed countries are trying to sideline the issue of equity. Each country will announce its net-zero timeline as per its national circumstances. India has announced that it will transition to net zero emissions by 2070. It’s for developed countries to transition earlier to give us a room. This will be discussed during the negotiations next week. The issue of climate finance is also a big challenge. Developed countries are resisting an independent review of the promised $100 billion. The new finance goal will also see resistance. We will stand our ground and point out that cumulative historical emissions cannot be overlooked.”

The highest per capita emitters among the G20 countries include Saudi Arabia, Australia, and United States in 2019.

If the world needs to get to net-zero by 2050, the developed world must become net carbon-negative well before, so that the developing countries have the carbon space to pursue their development imperatives. “The global goalpost needs to shift to ‘net negative’ goals of developed countries and to the goal of climate stabilization,” the charter added.

The charter highlights that the $100 billion target needs to be fulfilled by developed countries along with well-defined mechanisms under the new collective quantified goal on finance (for the post-2025 period). Prime Minister Narendra Modi, during his national address on November 1, called on the developed world to make 1 trillion dollars available as climate finance as soon as possible. South Africa has said the promise to provide $100 billion a year would need to increase to $750 billion a year after 2025. Transparency of information through disclosure standards in financial systems is essential, the TERI charter said.

A crucial question regarding COP26 will be whether it will resolve how much of the climate finance proceeds will go towards adaptation. “Despite the inherent need of adaptation in strengthening climate action, a key area of concern remains the inability to quantify or map the progress in absolute terms. In the absence of such measures, the momentum in addressing adaptation needs may be lost,” the charter underlined. Most of the climate finance is going to mitigation efforts now, but developing countries have been demanding that 50% of the money be dedicated to adaptation efforts and resilience building in vulnerable and emerging economies.

‘If he wants to…’: Kejriwal responds to reports Utpal Parrikar is...