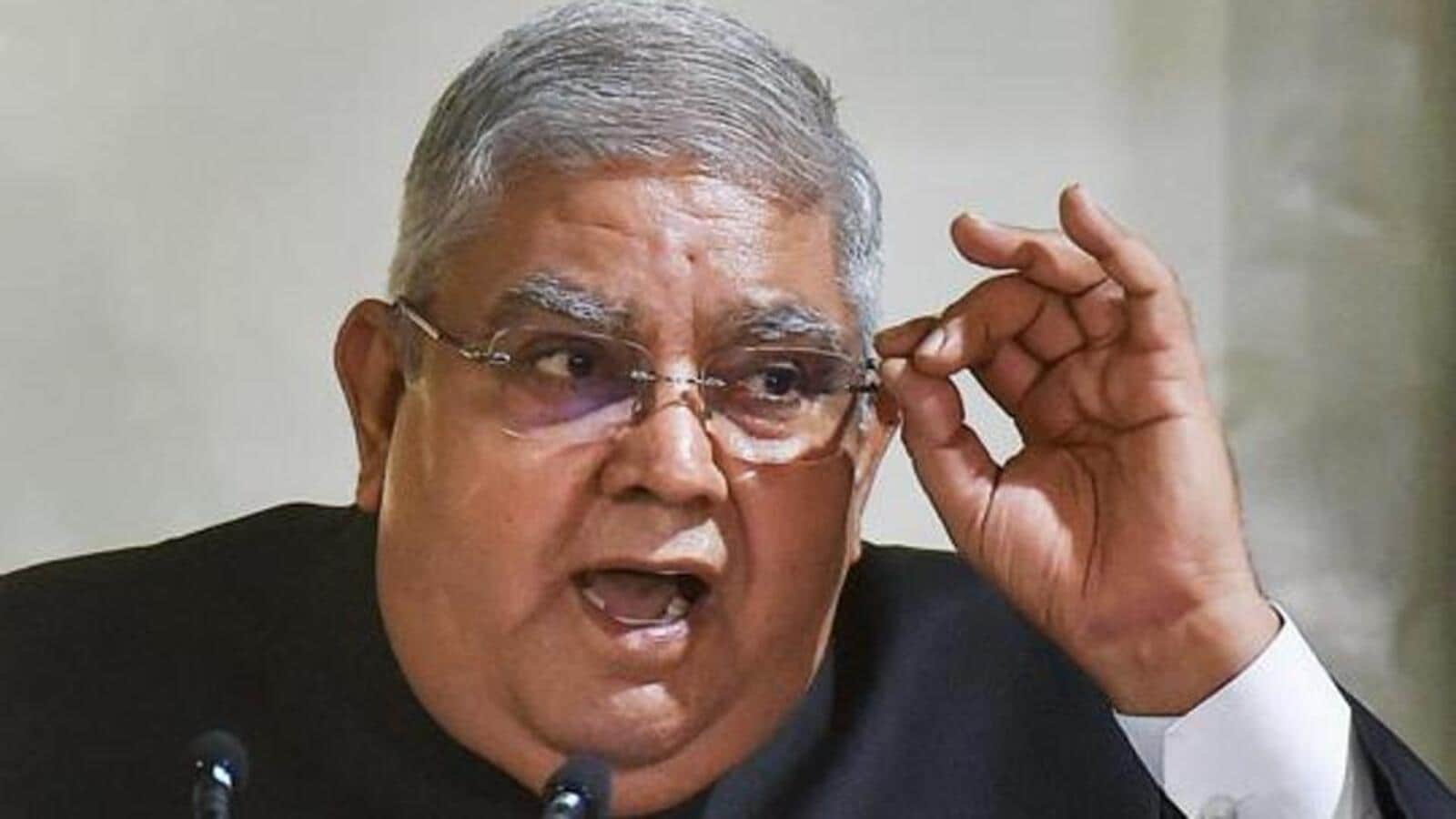 Bengal’s ruling Trinamool Congress (TMC) on Thursday decided to place a Substantive Motion in the Rajya Sabha criticizing the actions of Governor Jagdeep Dhankhar with whom the state government’s acrimonious relationship has touched an all-time low in recent months, TMC leaders aware of the development said.

The decision was taken at a closed-door meeting that chief minister Mamata Banerjee held with her party’s Lok Sabha and Rajya Sabha members on Thursday evening to discuss strategy for the coming session of the Parliament.

TMC leaders publicly describe Dhankhar, the state’s 28th governor, as “an agent of the Bharatiya Janata Party (BJP)” and call the Raj Bhawan in Kolkata an “extended office” of the saffron camp.

Since a governor is protected by the Constitution, the TMC may not directly demand Dhankhar’s removal and focus on his actions instead. The TMC will also talk to parties opposed to the BJP to garner support for the motion.

No party in India has done this in recent history and the attempt may be futile, Constitutional experts said.

The rule book of the Rajya Sabha says: “A substantive motion is a self-contained proposal made in reference to a subject which the mover wishes to bring forward.”

“Dhankhar has crossed all limits when it comes to interference with governance. He arbitrarily summons bureaucrats and demands explanation for their actions. He shows no respect for the chief minister. We will present the scenario before the Parliament,” said TMC Rajya Sabha member and lawyer Sukhendu Sekhar Roy who was asked by the chief minister to draft the motion in consultation with experts.

Asked whether the party will demand Dhankhar’s removal, Sudip Bandopadhyay, the party’s leader in the Lok Sabha said, “This governor should leave on his own without waiting for such a demand.”

In a significant move, Banerjee also told her leaders that from now on she will give more time to organizational work by taking out time from her official duties.

Dhankhar was sworn in on July 30, 2019, and the face-off started in less than two months.

On September 19 that year, he raised eyebrows by rushing to Jadavpur University to “rescue” the then Union minister and BJP leader Babul Supriyo who was gheraoed by agitating students.

Five days later, Dhankhar visited Siliguri town in north Bengal and reacted sharply when local people’s representatives and administrative officials did not show up for a meeting that he had convened.

“It does not make any difference to me if people do not attend my meeting. I will visit every district and call similar meetings in future,” Dhankhar said, implying that he could not be deterred.

The exchanges continued, with Dhankhar and the government taking to social media or exchanging letters that were released to the media from both sides.

In April 2020, when the state was grappling with the Covid-19 pandemic, Dhankhar’s consistent jibes at the state over handling of the crisis prompted the chief minister to shoot off a 15-page letter to Raj Bhawan.

“You appear to have forgotten that I am an elected chief minister of a proud Indian state. You also seem to have forgotten that you are a nominated Governor. You may continue to ignore all advice and inputs given by me and my council of ministers (as you appear to have taken upon yourself to do since the day of your appointment), but at least you should not ignore the wise words of Babasaheb Ambedkar in the Constituent Assembly on 31/5/1949,” Banerjee wrote and went on the quote what Ambedkar said on several occasions.

A constitutional expert and former principal of Presidency College (now a university), Prof Amal Mukherjee told HT that the motion will be rejected outright by the Chairman of the Rajya Sabha because it has no validity.

“Motions can be brought only against members of the Parliament, not outsiders. A governor is above those rules. In many ways a governor enjoys more privileges than the President of India. The Parliament may initiate impeachment proceedings against a President of the country but not against a governor,” Mukherjee said.

Conflict between a governor and the ruling party is not new in Bengal but the present scenario is quite unique, political observers have pointed out on several occasions.

In 2007, when the Left Front was in power, violence at Nandigram in East Midnapore district claimed 34 lives between January and November over farmers’ opposition to a proposed land acquisition for a special economic zone (SEZ). The Buddhadeb Bhattacharjee government was compelled to scrap the plan.

The then governor Gopal Krishna Gandhi, the grandson of Mahatma Gandhi, criticised the violence in a nearly 700-word statement in November 2007. It immediately triggered vitriolic reactions from the Marxists.

Tron Legacy: Before Top Gun Maverick, director Joseph Kosinski made one of the most audacious big-budget debuts of all time

Odisha conman’s stepsister, who helped him in multiple marriages, arrested

Explained: Why the anti-ship missile tested by the Navy matters