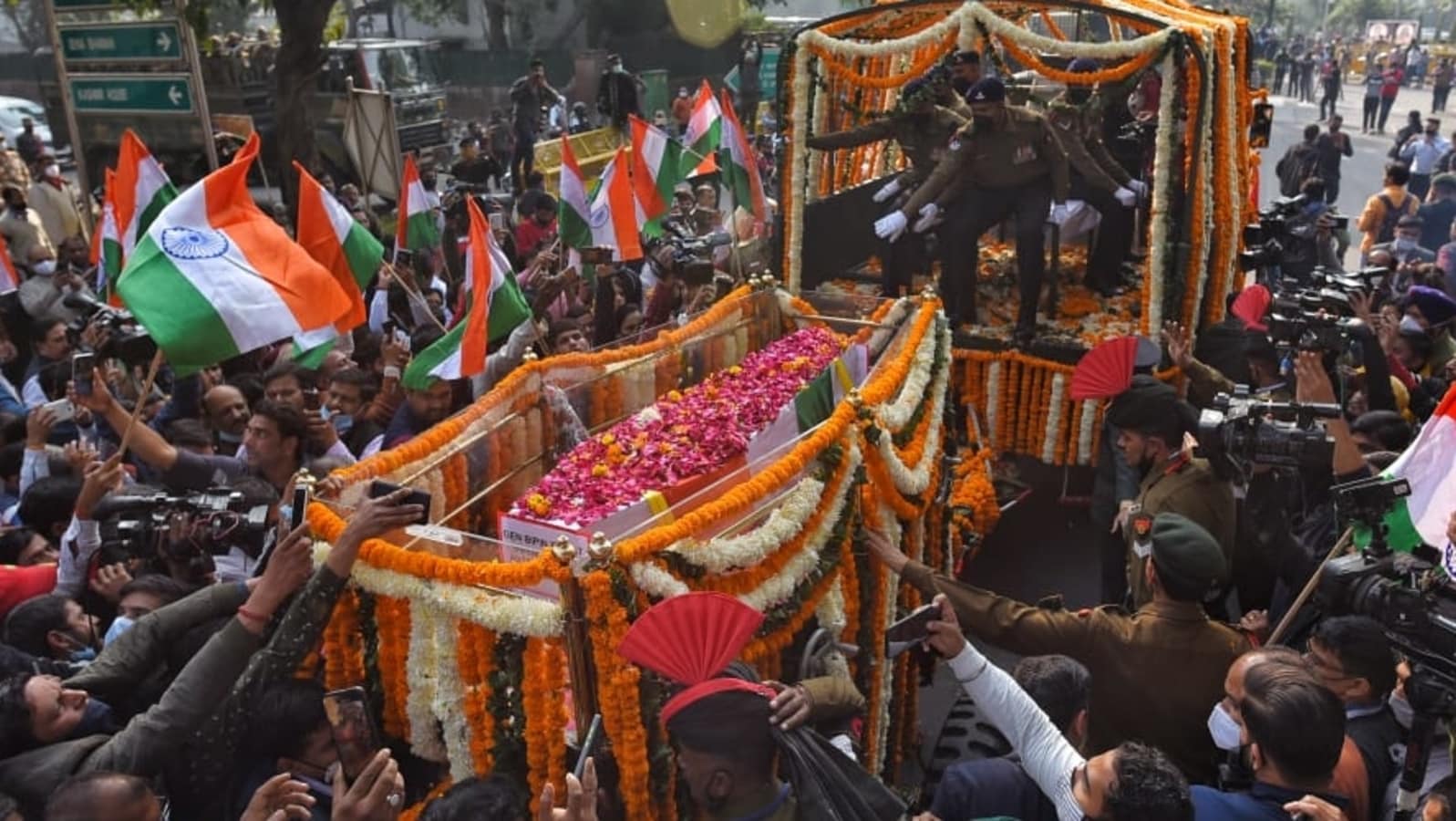 Pakistan’s defence advisor and naval advisor posted at its high commission also reportedly paid their last respects to General Rawat at his residence.

An ANI report said admiral Ravindra Chandrasiri Wijegunaratne (retired), former chief of defence staff of Sri Lanka, who too attended the final rites, was a course-mate of General Rawat at the National Defence College and a dear friend. The final rites would be performed at the Brar Square crematorium in Delhi Cantonment.

General Rawat, his wife Madhulika and 11 other military personnel were killed when an Indian Air Force (IAF) chopper crashed near Coonoor in Tamil Nadu on Wednesday.

Earlier in the day, political leaders across the spectrum, senior ministers, three service chiefs of the military, clerics and envoys paid their tribute to the CDS at his residence in Delhi.

His daughters, Kritika and Tarini, and a grandchild also paid their final respects.

US judge: Nevada court should get Ronaldo police file issue

A bipolar UP contest after three decades makes some in BJP...