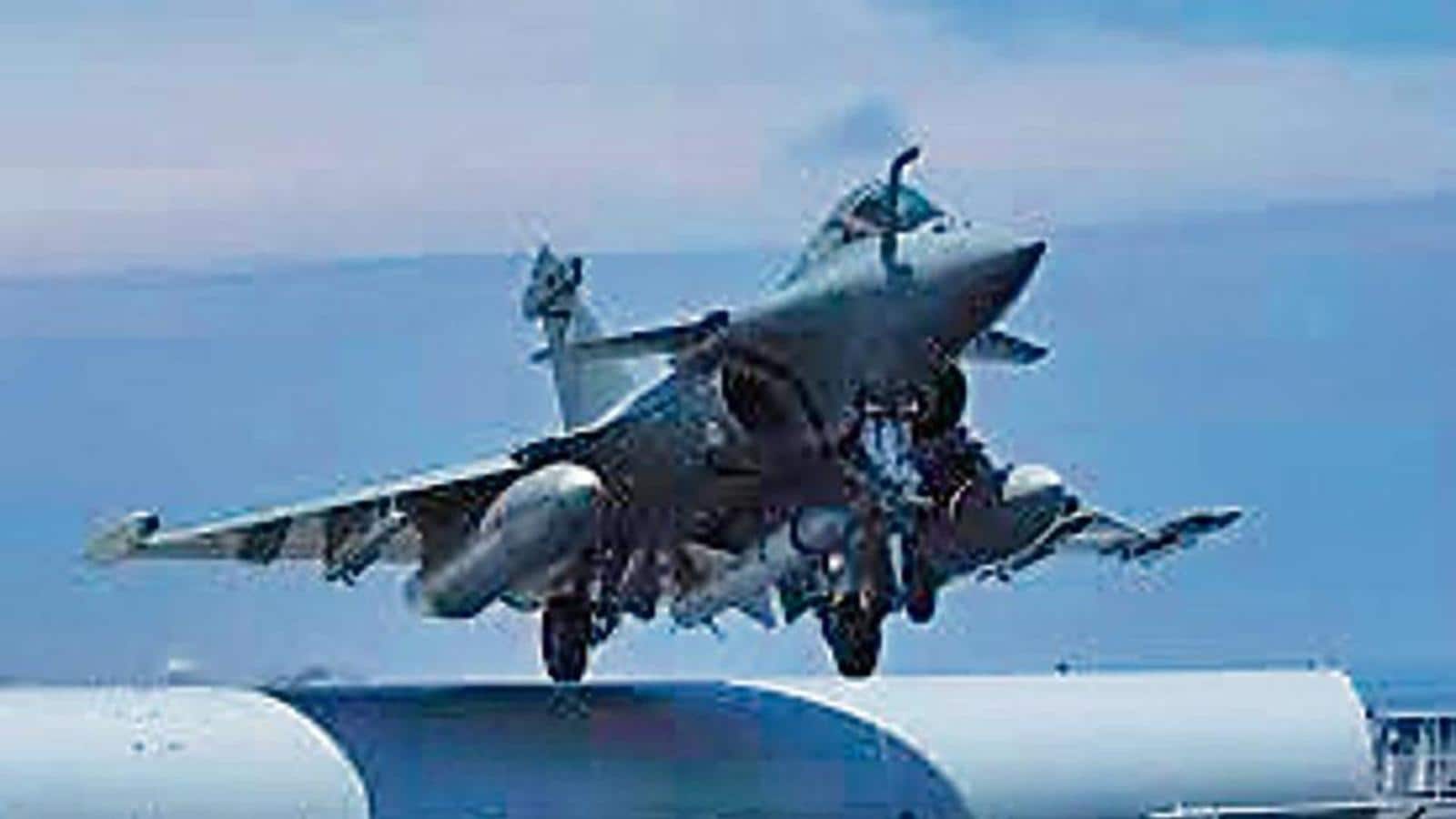 The French-origin Rafale-M fighter jet on Monday kicked off a demonstration to showcase its capability to take off from an angled ski-jump and prove its compatibility with Indian Navy’s aircraft carriers at a shore-based test facility (SBTF) at INS Hansa, the naval air station in Goa, officials familiar with the matter said.

These fighters are embarked on the French Navy’s nuclear-powered aircraft carrier Charles de Gaulle. The Rafale-M is a variant of Rafale fighters that operate from land bases. The Indian Air Force has also ordered 36 Rafale-B and Rafale-C fighter jets.

SBTF is essentially an aircraft carrier setting on the ground where fighters use the ski-jump to takeoff and are recovered by arrestor wires or STOBAR (short takeoff but arrested recovery) in navy parlance.

The navy is looking at buying more deck-based fighter jets to operate from its sole aircraft carrier INS Vikramaditya and the Indigenous Aircraft Carrier (IAC) Vikrant, which is currently undergoing sea trials.

The Rafale-M demonstration of capability is expected to be carried out over the next two weeks and will be followed by a similar demonstration by the US-origin F-18 fighters in the next three to four months, the officials said.

The F-18s operate from American supercarriers such as USS Nimitz and USS Ronald Reagan, with the US Navy accounting for a fleet of more than 600 such fighters.

India has a requirement for 57 deck-based fighters for its carrier operations. But the figure is being revised, the officials said. A prototype of the naval version of the light combat aircraft landed and took off from INS Vikramaditya in January 2020 in a significant step towards India developing its own deck-based fighters. But the fate of that project is unclear.

Aircraft carrier Vikrant, the largest warship to be built in the country, on Sunday set sail for crucial sea trials ahead of its scheduled induction into the navy later this year.

China operates two aircraft carriers — CV-16 Liaoning and CV-17 Shandong. It is building a third carrier as it expands its footprint in the Indian Ocean Region.

Afternoon brief: JD (U) leader shot dead in Patna, and all...

Surat: 20 students rescued from a library room after building catches...

25 years of Kudumbashree: Pandemic to floods, how a women’s movement...