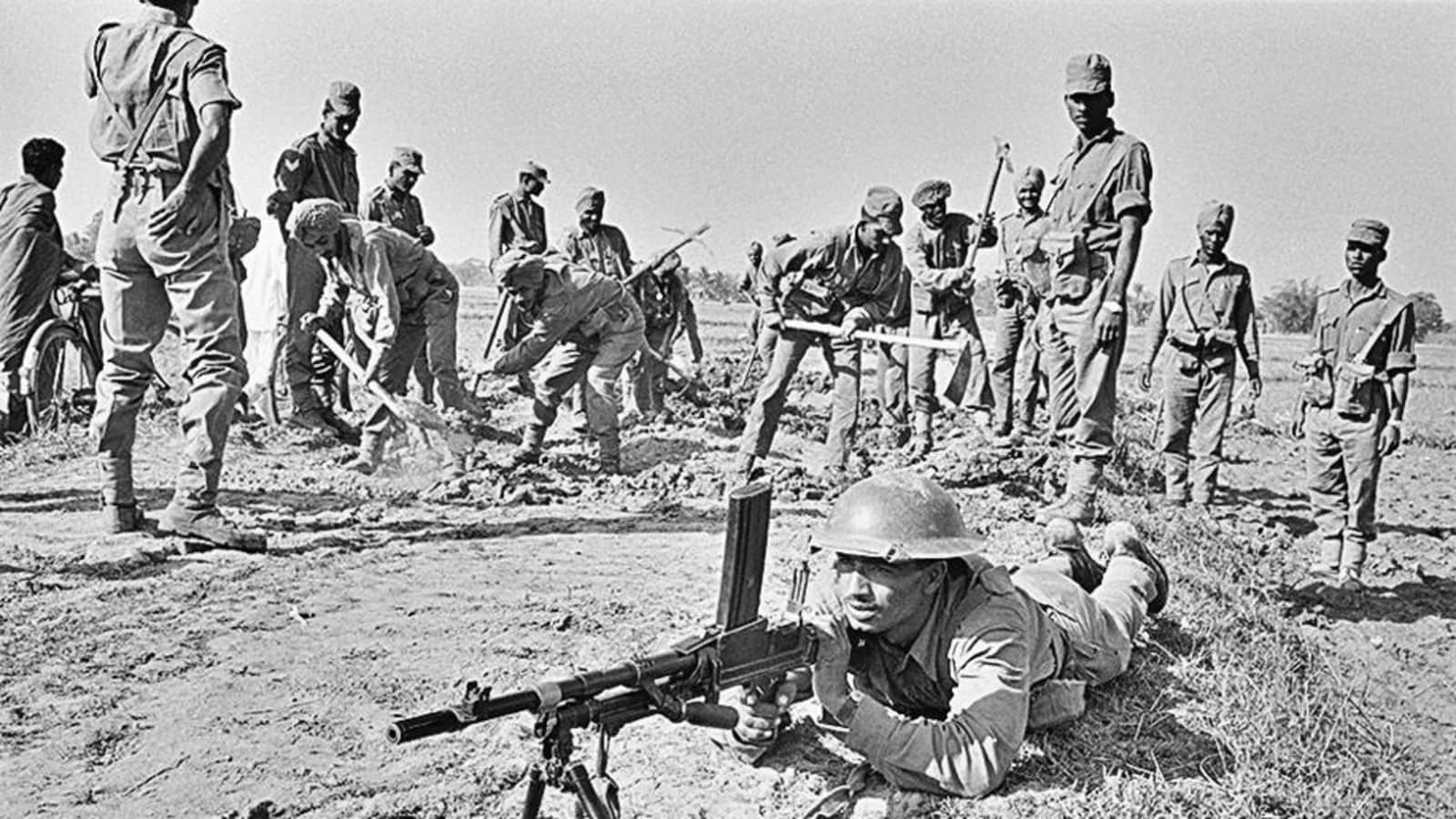 Leaders across political parties and current and former servicemen on Thursday hailed the sacrifices of soldiers in the 1971 war, which liberated Bangladesh, as the country celebrates the golden jubilee celebration of India’s triumph over Pakistan.

On the occasion of Vijay Diwas, martyrs of the 1971 war were remembered in a memorial service in Kolkata. Wreaths were laid by war veterans, next of kin of those who fought for the country, Army commanders of the three services and Lt General Manoj Pande, General Officer Commanding-in-Chief, Eastern Command.

As buglers sounded the ‘Last Post’ and ‘Rouse’ from the rampart behind the magnificent edifice of the memorial at Fort William, the headquarters of the Army’s Eastern Command, participants observed two-minute silence to pay homage to the soldiers who made the supreme sacrifice in the war.

Former Chief of Air Staff, Air Chief Marshall (retd) Arup Raha, Lt General (retd) JR Mukerji and Lt General (retd) Praveen Bakshi were among the retired officers who paid floral tributes at the Smarak. “On behalf of the grateful nation, saluted the incomparable valour of the brave soldiers by paying floral tributes at ‘Tanot Vijay Stambh’, a symbol of India’s victory in the 1965 and 1971 wars and the amazing valour of our brave soldiers,” Union minister Amit Shah tweeted. Delhi chief minister and Aam Aadmi Party national convener Arvind Kejriwal saluted the soldiers of the country on the day. “On this day in 1971, the bravery and valour of the Indian Army brought Pakistan to its knees. On Vijay Diwas, I salute all the brave soldiers of the country whose bravery and valour make us proud,” Kejriwal said in a tweet in Hindi.

Tripura chief minister Biplab Kumar Deb, who met Bangladesh assistant high commissioner, Mohammad Jobayed Hosen, in Agartala, said he “salutes all the bravehearts of the Indian armed forces who fought the enemy and liberated a new nation”. Hosen said, “Bangladesh government is keen to identify all the places that are related to Liberation war. The issue has been raised during a meeting with a Tripura minister. It appears that there are more than twenty such places here.”

No difference of opinion between party and Prashant Kishor’s I-PAC, claims...

Spike in Covid cases in Bengaluru