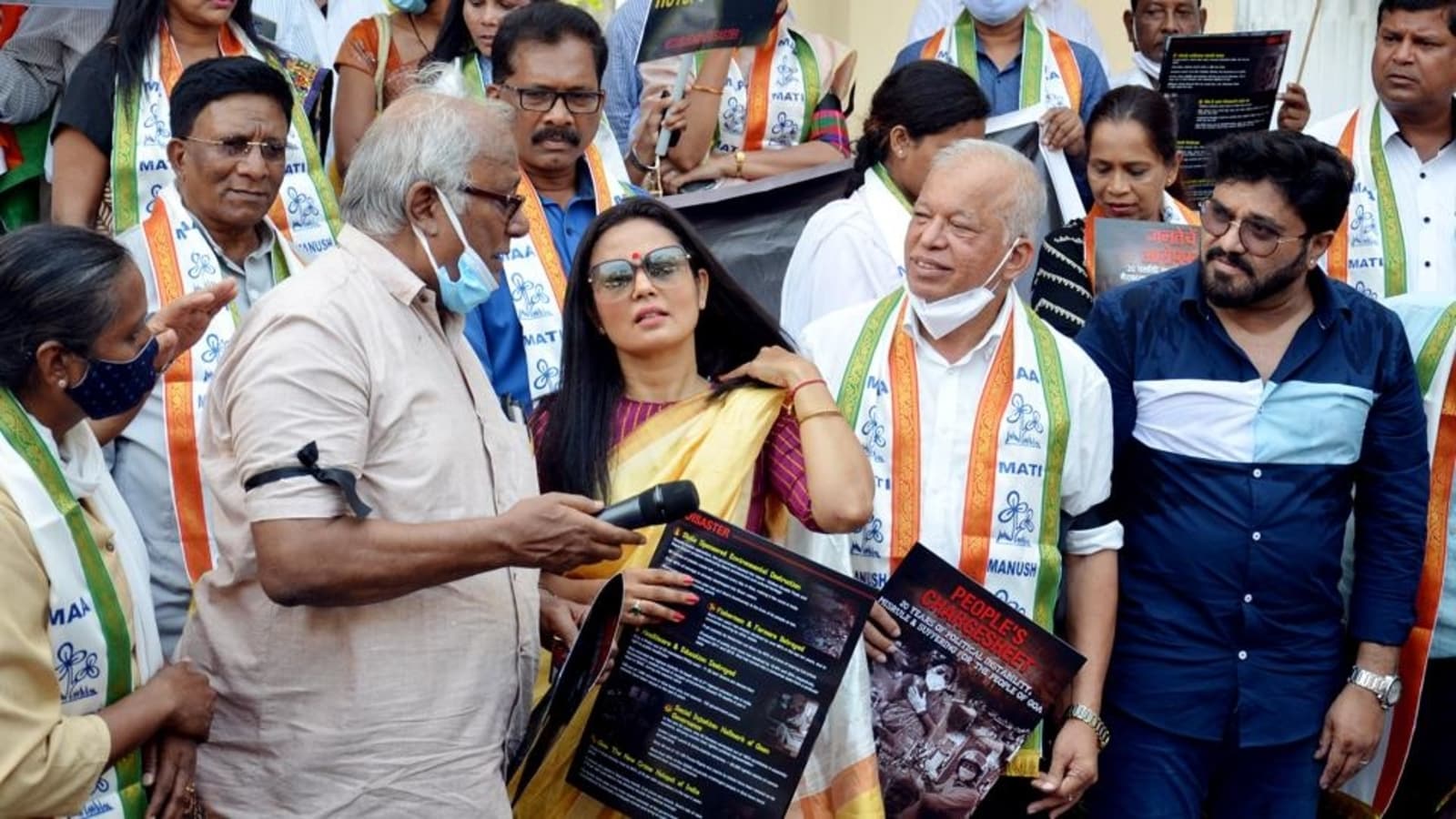 The Trinamool Congress (TMC) on Saturday appointed party lawmaker Mahua Moitra as the official state in-charge of Goa ahead of the state assembly elections scheduled for early next year. “Our Hon’ble Chairperson @MamataOfficial is pleased to appoint Smt. @MahuaMoitra as the State in-charge of the @AITC4Goa unit, with immediate effect,” the TMC said in a tweet.

Moitra thanked the party chief and West Bengal chief minister Mamata Banerjee for the new role. “Looking forward to doing my very best. Thank you for the opportunity @MamataOfficial,” she tweeted.

Meanwhile, the Goa unit of the party celebrated the announcement. “A bright future lies ahead for Goa! Heartfelt congratulations to @MahuaMoitra. Together, we shall ensure that every single Goan sees a New Dawn of growth & development!” it said.

Earlier in the day, the party also nominated former Goa CM Luizinho Faleiro, who quit the Congress and joined the TMC in September, to the upcoming bypoll to a Rajya Sabha seat from West Bengal. “We are extremely pleased to nominate @luizinhofaleiro to the Upper House of the Parliament. We are confident that his efforts towards serving the nation shall be appreciated widely by our people!” the party said in a tweet.

Faleiro currently serves as the national vice president of the ruling party in Bengal. He is among the several people who have joined the TMC ahead of the Goa elections next year. The former Goa CM ended his decades-old association with the Congress and criticised the party for its performance in the 2017 Goa assembly elections, before joining the TMC.

With the aim of expanding her party’s national footprint, Banerjee announced that the Trinamool would contest from all seats in Goa. She visited the coastal state last month, during which tennis player Leander Paes, Bollywood actor Nafisa Ali and Mrinalini Deshprabhu also joined the party.

Republic Day: No ‘At Home’ ceremony at Rashtrapati Bhavan