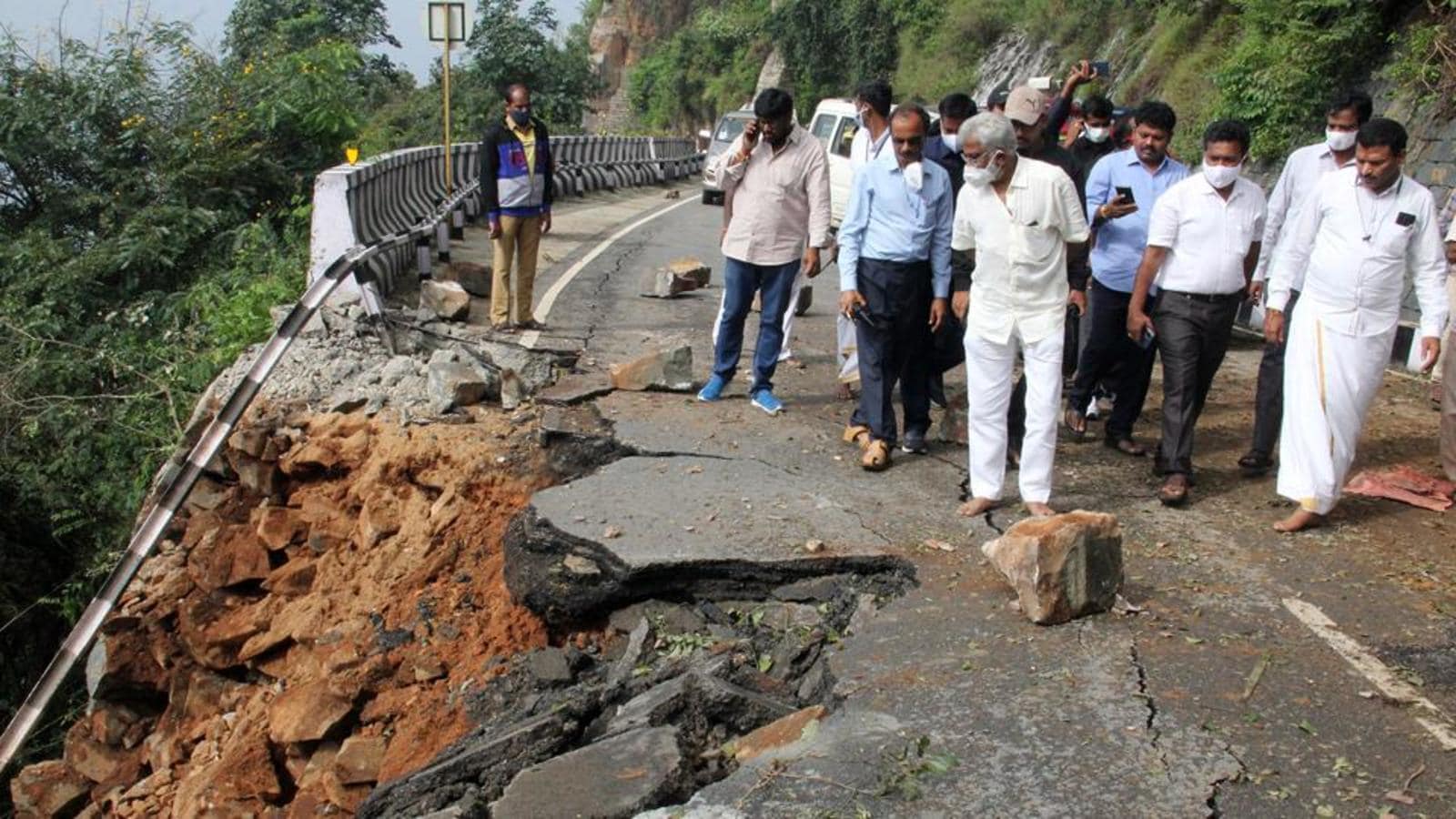 Tirumala Tirupati Devasthanams (TTD), which manages the temple of Lord Venkateshwara on Tirumala in Andhra Pradesh’s Chittoor district, has decided to construct a third ghat road from Tirupati to the hill shrine.

Recently, the second ghat road suffered heavy damages due to landslides triggered by heavy rains at several places, forcing the TTD authorities to close the route for traffic.

“It would take at least another three weeks to restore the traffic on this ghat road. Till such time, the traffic is being diverted through a link road. Experts from IIT Delhi and IIT Madras have come up with a series of suggestions to prevent landslides in future,” TTD chairman Y V Subba Reddy told reporters after the trust board meeting.

He said the TTD approved the restoration of the damaged second ghat road for ₹3.95 crore and Srivarimettu footpath, which was destroyed completely due to heavy rains, for ₹3.60 crore.

To overcome such problems in future, the TTD trust board decided to construct a third ghat road that would not only ease the traffic to Tirumala but also avoid accidents.

Reddy said the TTD board also decided to restore the centuries-old trekking route for the sake of pilgrims. “It was used by saint-composer Annamacharya for trekking the hill to reach the temple of Lord Venkateshwara. The proposal was mooted during the regime of former chief minister YS Rajasekhar Reddy in late ‘2000. Now, it is going to be materialised,” he said.

The TTD trust board also decided to renovate seven major temples, which were destroyed during the massive floods caused by the breach of the Annnamayya project on the Cheyyeru river at Rajampet in Kadapa district, which witnessed heavy rains on the night of November 18.

The board decided to provide “Vaikuntha Dwara Darshanam” for 10 days to all pilgrims similar to Brahmotsava Darshanam, from January 13. Similar arrangements would be made at the temples in SC/ST/BC/fishermen colonies

The TTD decided to increase the darshan quota and also resume a limited number of Arjita Sevas (paid services to the god) in the New Year due to the decrease in the intensity of Covid-19. “We shall send a proposal on the same seeking permission from State and Central governments,” Reddy said.

The TTD approved a proposal to seek donations to construct a full-fledged Paediatric Hospital in Tirupati. The donors would get the privilege of having a darshan of the Lord Venkateshwara in the mornings and evenings.

The TTD board, among other decisions, decided to declare Anjana Devi temple premises in the Akasa Ganga area as Hanuman Janmasthalam and develop it for the sake of pilgrims with the help of donors.

Make balti butter paneer at home with this simple recipe

From Palolem to Khajuraho: The 10 ‘most welcoming’ places in the...