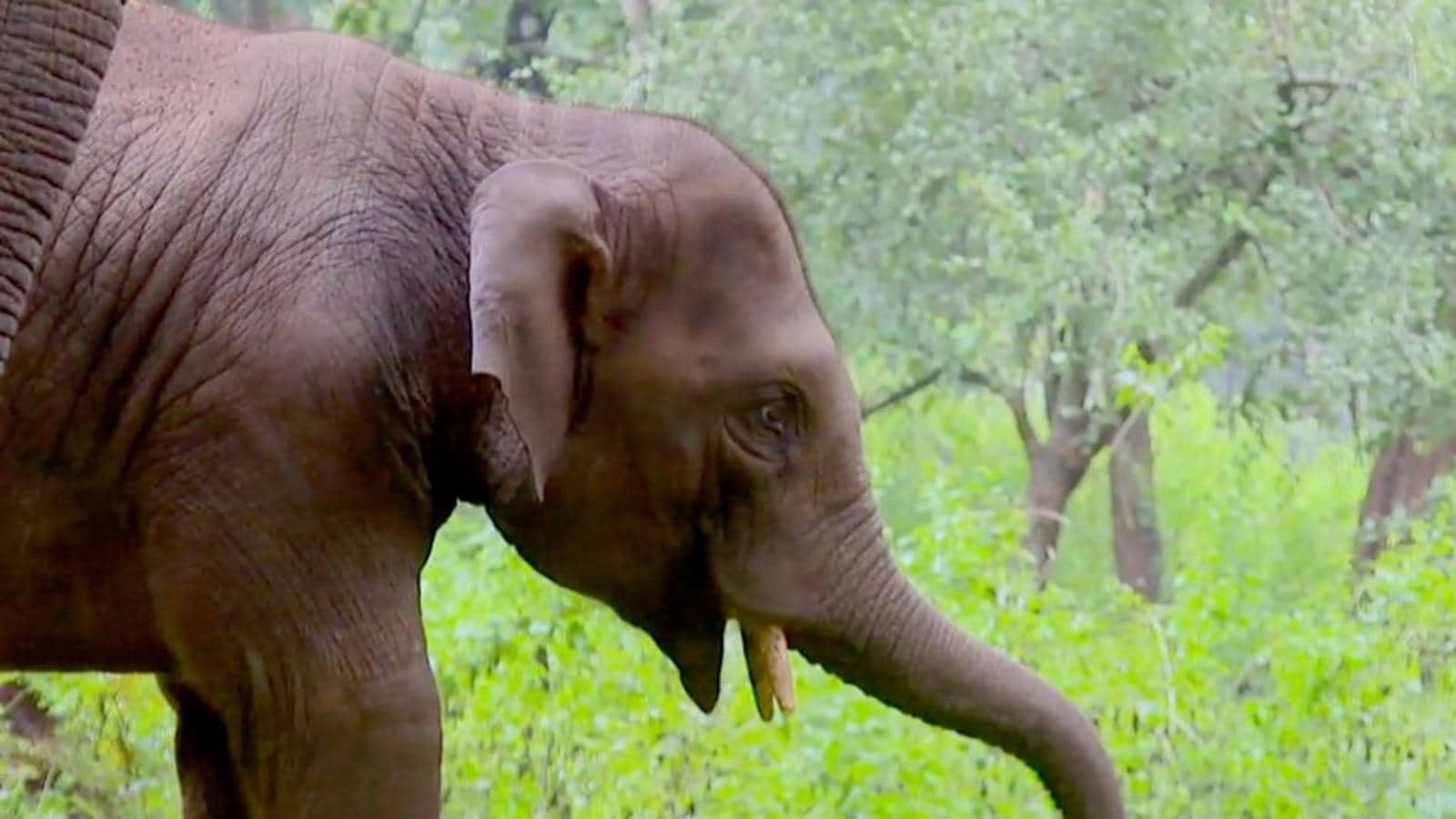 A video of the incident which has gone viral on social media shows the angry tusker running towards the bus and then pushing it before the bus driver sped off.

A wild tusker on the rampage in northern Odisha district of Mayurbhanj on Sunday morning left several passengers of a bus terrified as it chased and pushed the vehicle on the road for a few metres.

A video of the incident which has gone viral on social media shows the angry tusker running towards the bus and then pushing it before the bus driver sped off. The passenger bus was on its way from Balasore district on Sunday morning when it came across the lone tusker at Tikapada village in Rasagovindpur area of Mayurbhanj district.

A villager who saw the wild elephant rushing and recorded the incident on his mobile phone said, the elephant damaged the glass pane of the bus, but no passengers seem to have been injured. “We thought the tusker would turn the bus turtle. It took everyone by surprise,” said the villager in Rasgovidnpur.

In another incident, a herd of elephants rampaged through house, paddy fields and a fire department vehicle after an elephant calf fell in an unused well in a village of Mayurbhanj. A herd of five elephants was passing by Sureidihi village under Rasgovindpur range of the district when the elephant calf fell on late Saturday night.

By the time the forest officials and fire services team could launch the rescue operation, the herd of angry elephants started rampaging through homes.

Though the calf was unhurt in the 5-feet deep well, the forest department personnel were unable to rescue it for several hours as the herd guarded it zealously not allowing anyone to come near the well.

“We had to wait patiently for several hours till the herd went to a nearby pond to have water when we filled up the unused well with water so that the calf could float up to surface,” said Baripada divisional forest officer Santosh Joshi.

In September last year, a journalist of a TV channel in Odisha and a disaster rescue personnel were drowned to death while trying to rescue an elephant stranded in the swirling waters of the Mahanadi. The journalist who was in an inflatable dinghy with five personnel of the Odisha Disaster Rapid Action Force when it capsized due to strong current of water near a barrage of the river.

Case of assault, insult filed against Jawed Habib for spitting on...