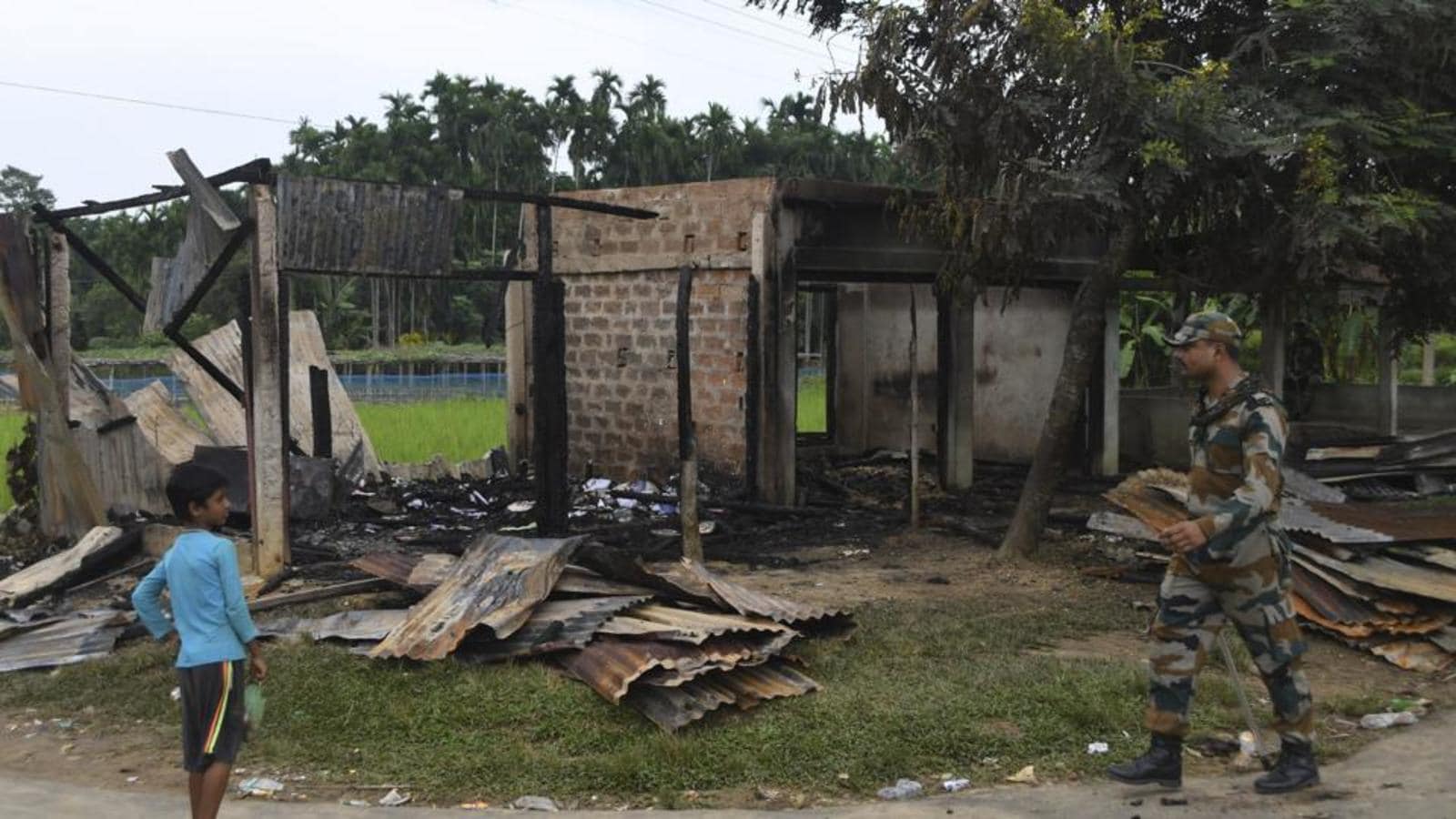 A Tripura Police team arrested and brought two Delhi-based women journalists to the state from Assam on Sunday night after they were booked for promoting “communal hatred” during their reporting on the October 26 communal violence.

People aware of the matter said the two, Samriddhi K Sakunia and Swarna Jha, employed with a Delhi-based news channel HW News Network, were at Radhakishorepur police station in Gomati district. They were expected to be produced before a court on Monday after preliminary interrogation.

The two were detained in Assam’s Karimganj district on Sunday following a request from the Tripura police. Accordingly, a Tripura Police team went to Assam. But the two refused to go with the team at night. As per Section 46 (4) of the Criminal Procedure Code, no woman can be arrested after sunset and before sunrise except in unavoidable circumstances. Later, another team went with a court’s permission and arrested the two.

An officer said the two were supposed to talk to police in Agartala before leaving the state. But instead, they left for Assam without intimation. He added they posted a few videos on social media, showing a purported burnt prayer hall and a half-burnt Quran in the Gomati district, which is suspected to have been manipulated.

HW News Network called the detention of the two on Sunday harassment and targeting of the press as part of Tripura Police and the government’s attempts to prevent journalists from reporting the facts.

On Sunday, Sakunia and Jha were booked after one Kanchan Das accused them of delivering an “instigating speech” against the Hindu community and the Tripura government during their meeting with a few Muslim families at Palbazar in the state’s Unakoti district on November 13.

The two were booked under sections 120B (criminal conspiracy), 153A (promoting enmity between two groups on the ground of religion), and 504 (intentional insult with intent to provoke breach of peace) of the Indian Penal Code.

The two were on their way to Silchar when they were detained in Karimganj, close to the Assam-Tripura border. A Tripura Police officer said the journalists were not allowed to leave the state.

In a tweet on Sunday, Sakunia said a police team was deployed outside the hotel in Unakoti district, where she and her colleague were staying, and the two were not allowed to leave the premises on Saturday.

Ahmedabad railway station to be developed on theme of Modhera Sun...

Long Covid warrior: It took a year but I learnt to...