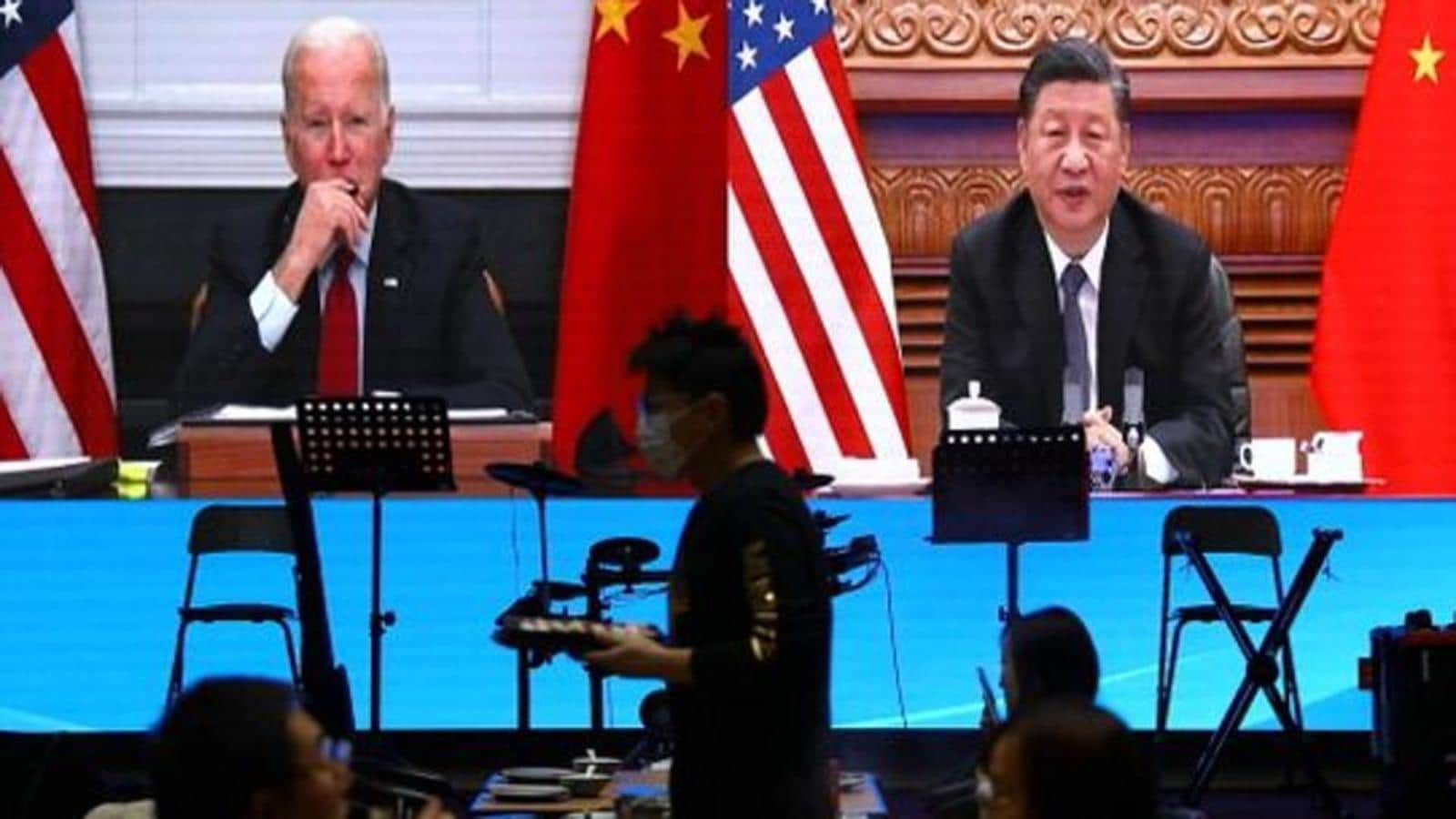 US President Joe Biden told his Chinese counterpart Xi Jinping on Tuesday of the continued determination of the United States to ensure a free and open Indo-Pacific region as the two leaders held a virtual summit lasting more than three hours.

Joe Biden made it clear the US will “continue to stand up for its interests and values and, together with our allies and partners, ensure the rules of the road for the 21st century advance an international system that is free, open and fair”, according to a readout issued by the White House.

He also discussed the “importance of a free and open Indo-Pacific”, and conveyed to Xi Jinping the “continued determination of the United States to uphold our commitments in the region”. Biden reiterated the importance of freedom of navigation and safe overflight to the region’s prosperity, the readout said.

In their first formal meeting since Biden became president in January, the two leaders talked about avoiding conflict and jointly responding to global challenges such as climate change.

They also traded strong warnings on the future of Taiwan, with Xi Jinping saying that those backing Taiwan were “playing with fire”. The White House readout reiterated the longstanding US policy that does not recognise Taiwan’s independence but supports the defence of the island.

Joe Biden said the US remains committed to the “one China” policy but “strongly opposes unilateral efforts to change the status quo or undermine peace and stability across the Taiwan Strait”.

China’s state-run media reported after the summit that Xi cautioned Biden against using the issue of Taiwan. “Some people in the US intend to ‘use Taiwan to control China’. This trend is very dangerous and is like playing with fire, and those who play with fire will get burned,” Xi was quoted as saying by Xinhua news agency.

“Complete reunification of China is the common aspiration of all sons and daughters of the Chinese nation,” Xi told Biden, adding China will be compelled to take resolute measures if separatist forces working for Taiwan’s independence “provoke us, force our hands or even cross the red line”.

The summit was aimed at establishing “guardrails” to prevent conflict between the rival superpowers, and Biden said in his opening remarks that he hoped to have a “candid conversation”. Xi said he was “very happy to see my old friend”, and that the world’s two largest economies need to “increase communication and cooperation”.

The summit lasted a “longer than expected” three and a half hours and the conversation was “respectful and straightforward”, a senior US official told reporters.

The meeting was held against the backdrop of deteriorating relations and mounting tensions between the US and China, and the White House readout showed Biden had raised concerns about human rights, including the situation in Xinjiang, Tibet and Hong Kong, China’s “unfair” trade practices and its aggressive behaviour across the Indo-Pacific.

Biden was “clear about the need to protect American workers and industries from the PRC’s unfair trade and economic practices”, the readout said. He emphasised the priority he places on far-reaching investments at home while aligning with allies and partners abroad to take on contemporary challenges.

The readout said the two leaders “discussed the complex nature of relations between our two countries and the importance of managing competition responsibly”. As in previous talks, Biden and Xi covered areas “where our interests align, and areas where our interests, values, and perspectives diverge”.

Biden also underscored the “importance of managing strategic risks”. He pointed to the need for “common-sense guardrails to ensure that competition does not veer into conflict and to keep lines of communication open”.

At the same time, Biden raised transnational challenges where the interests of the US and China intersect, such as health security. The two leaders also discussed climate change and the important role their countries play in addressing this problem. They discussed the importance of taking measures to address global energy supplies.

Biden and Xi also exchanged views on key regional challenges, including North Korea, Afghanistan and Iran. They also discussed ways for the two countries to continue discussions on a number of areas.

The two leaders have spoken on phone twice since Biden assumed office in January. With Xi refusing to travel abroad because of the Covid-19 pandemic, a virtual meeting was the only option short of an in-person summit.

Kerala local bodies to get powers to cull wild boars

Country sees hottest March in 122 yrs, heatwave to continue in...

Hong Kong’s historic Peak Tram reopens after 14 months; all you...