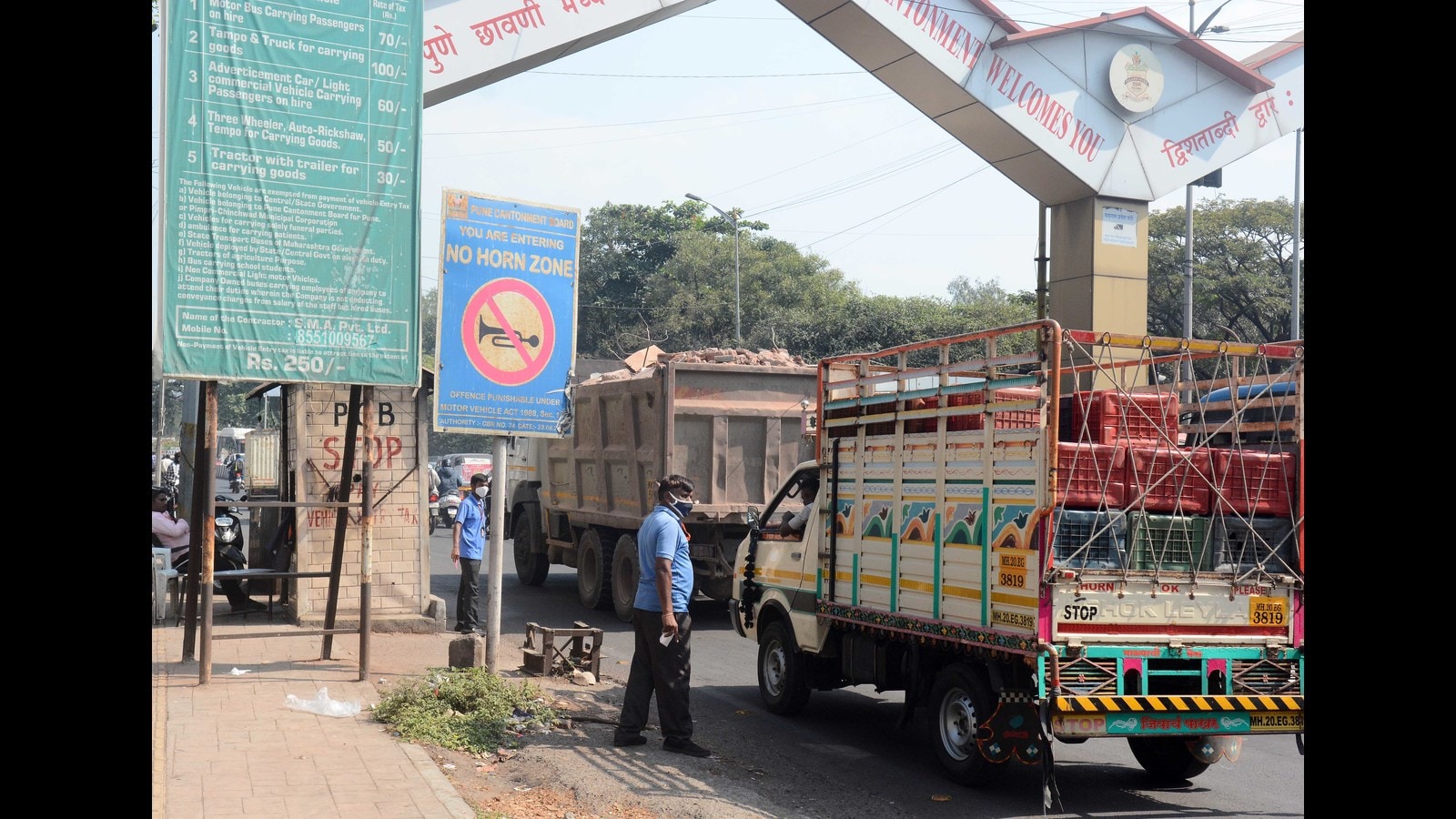 PUNE Cantonment residents and former elected members of the Pune Cantonment Board (PCB) have come out strongly against the administration’s decision to continue charging commercial vehicles entering the cantonment a “vehicle entry fee”.

On January 9, the Ministry of Defence’s (MoD) issued an order for the immediate stoppage of collection of the vehicle entry fee by Cantonments.

However, the PCB has clarified that it is not an entry fee that is being charged, but a vehicle entry tax.

PCB chief executive officer (CEO) Amit Kumar, in a public notice issued on January 10, says: “It is clarified to the general public that the vehicle entry fee from vehicles running in PCB area has been discontinued from January 7, 2022. However PCB levies a vehicle entre tax, since June 30, 2001 which is not discontinued”.

The PCB is currently undergoing its worst financial crisis and faces a current fiscal deficit of over ₹600 crore. The PCB is yet to get ₹459 crore in dues from the state government.

Former PCB vice-president Manzoor Shaikh said, “Vehicle entry fee ended in all cantonment board areas across the country and PCB is not an exception. If funds are not there with the PCB, the central government is the final authority and it will take necessary steps to fund the board and bail it out. Vehicle entry tax has been a very exploitative form of tax recovery and must end.”

Azim Gudakuwala, a social worker from Kolsa Galli said, “It is the order of the central government and it is abiding by all the cantonments. Vehicle entry fee and vehicle entry tax are the same and all cantonment boards are accepting the order, so why not PCB? The PCB administration is now collecting tax illegally.”

Advocate Netraprakash Bhog said, “The administration is not above the government of India and have to follow the order of the government as VET and VEF is the same. IThe VET must be abolished as it is illegal as per the new order.”

The Ministry of Defence’s (MoD) issued an order dated January 7 ordering immediate stoppage of collection of vehicle entry fee by cantonment boards across India. PCB has been earning revenues of between ₹15crore- ₹20 crore annually from vehicle entry tax.

The Director General of Defence Estates Office under the Defence ministry stated in its order: “It is observed that collection of vehicle entry fee by cantonment boards by installing barricades or nakas (collection kiosks) does not conform to the government’s initiative towards smooth movement of goods and traffic and impedes the efforts towards the ease of living and ease of doing business.”

Two people test positive for Omicron in Thane. They arrived from...

Thomas Cup win is a high for Indian badminton – challenge...

Is Punjab economy inching towards debt trap, and why it is...