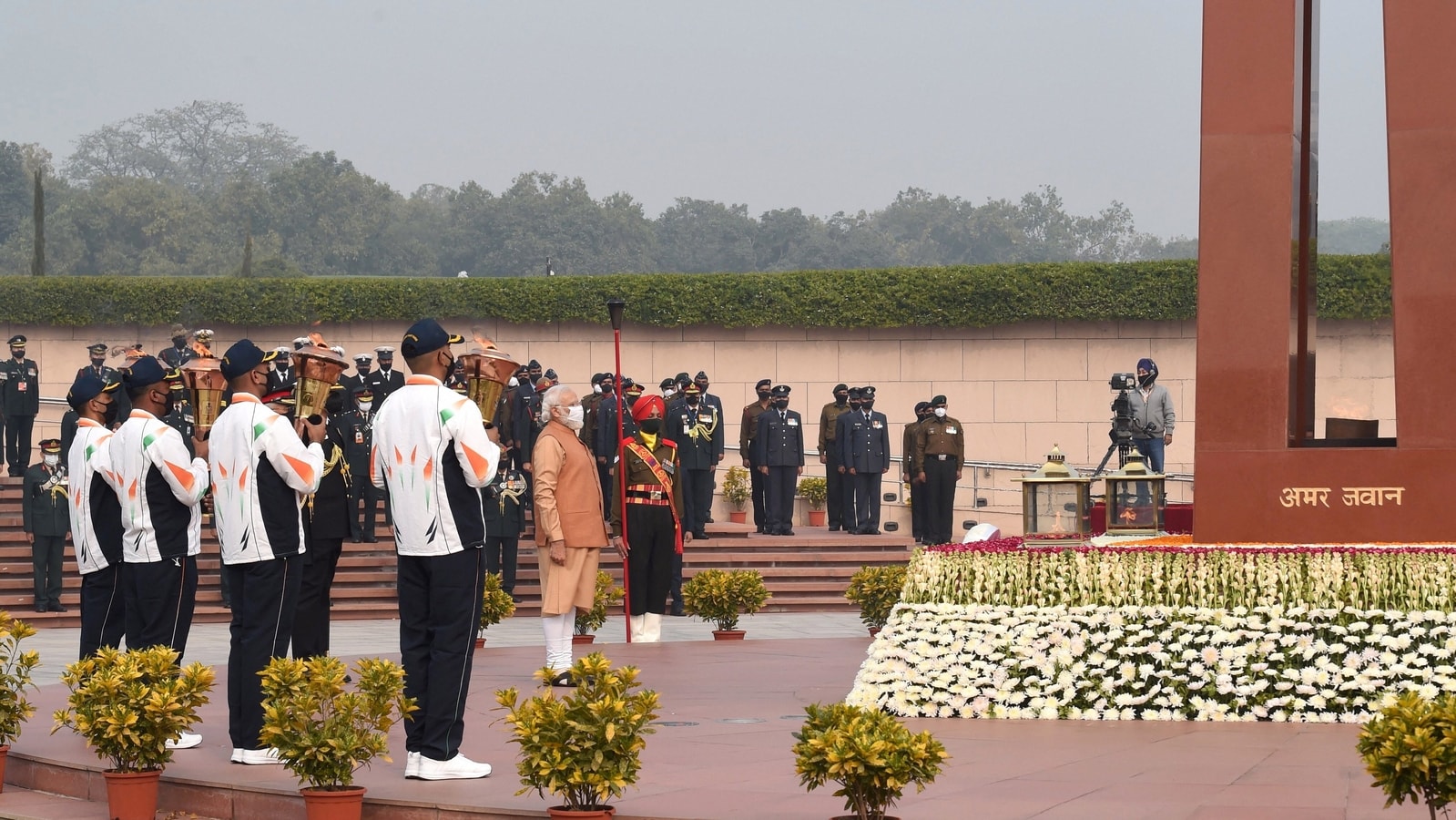 Prime Minister Narendra participated in a homage ceremony at the National War Memorial in Delhi on Thursday on the occasion of the 50th anniversary of Vijay Diwas, which commemorates India’s victory over Pakistan in the 1971 war.

During the ceremony, PM Modi also laid a wreath at the National War Memorial to honour the soldiers who were killed in the line of duty. At the memorial PM Modi also signed the visitors’ book and wrote: “On behalf of the entire nation, I salute the warriors of the 1971 war. The citizens are proud of the brave warriors who wrote unparalleled tales of valour.”

As a part of the Swarnim Vijay Varsh Celebrations on December 16 last year, the Prime Minister lit the Swarnim Vijay Mashaal from the Eternal Flame at the war memorial. He also lit four flames that were to traverse along with different directions. Since then, these four flames have traversed across the length and breadth of the country, including to Siachen, Kanyakumari, Andaman and Nicobar Islands, Longewala, Rann of Kutch, Agartala.

The flames were taken to key battle areas and also to the houses of gallantry award winners and veterans of the 1971 war.

During today’s ceremony, these four flames will be merged by the Prime Minister with the Eternal Flame at the National War Memorial.

Petrol and diesel prices on June 9: Check fuel rates in...

Canada’s military, where sexual misconduct went to the top, looks for...

Mahua Moitra on Centre’s ‘What Pandit Nehru could not do’ reply...