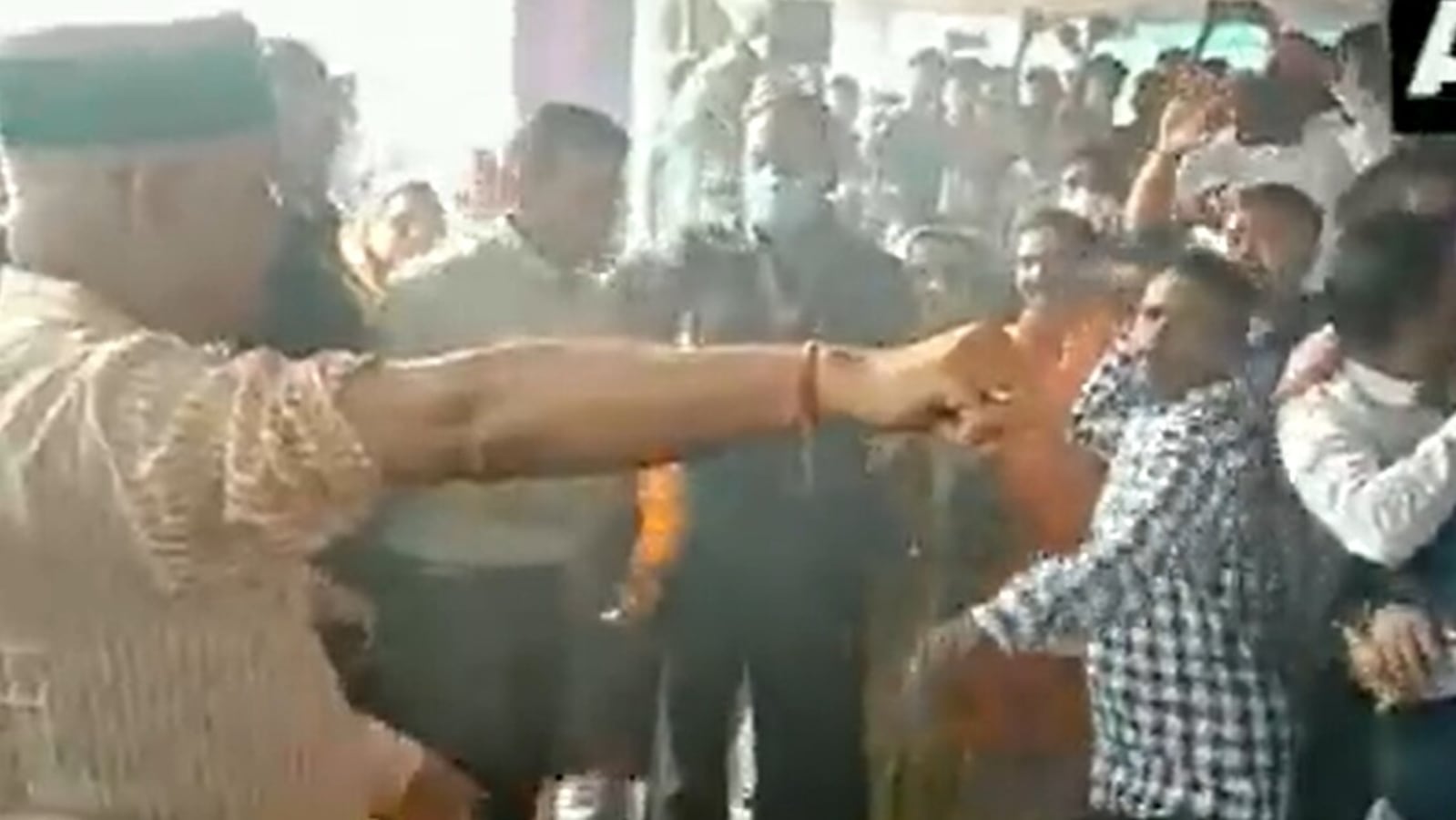 Chhattisgarh chief minister Bhupesh Baghel was spotted getting whipped as part of a ritual on the occasion of Govardhan Puja in the city of Durg, a video tweeted by news agency ANI showed on Friday.

In the video, Bhupesh Baghel, clad in a turban and traditional attire, is seen standing with one of his arms stretched as a man whips him. A crowd of people is seen surrounding them and clicking pictures of the chief minister as he gets whipped. Loud music, combined with the beating of drums, is also heard playing in the background.

After eight rounds of whipping, the man doing the whipping finally stops and hugs the chief minister.

Govardhan Puja is observed a day after Diwali festivities, to mark the lifting of Govardhan hill by Lord Krishna to protect the residents of Braj from the wrath of Lord Indra. The puja is being celebrated on Friday, primarily across Northern India.

Union health minister Mansukh Mandaviya also wished people and prayed for the welfare of all. “Best wishes to all the countrymen on Govardhan Pooja, a symbol of nature, environment and promotion of livestock. I pray to Lord Krishna to remove the sufferings of all and for the welfare of all,” he said in a tweet.